About Cato University | Schedule and Presentations

Under the direction of Tim Lynch, Cato's Project on Criminal Justice has become a leading voice in support of the Bill of Rights and civil liberties. His research interests include the war on terrorism, overcriminalization, the drug war, the militarization of police tactics, and gun control. In 2000, he served on the National Committee to Prevent Wrongful Executions. Lynch has also filed several amicus briefs in the U.S. Supreme Court in cases involving constitutional rights. He is the editor of In the Name of Justice: Leading Experts Reexamine the Classic Article “The Aims of the Criminal Law” and After Prohibition: An Adult Approach to Drug Policies in the 21st Century. Lynch is a member of the Wisconsin, District of Columbia, and Supreme Court bars. He earned both a B.S. and a J.D. from Marquette University.

He is a provocative commentator and a leading authority on domestic issues such as education choice, drug legalization, the growth of government, and the rise of libertarianism. Boaz is the former editor of New Guard magazine and was executive director of the Council for a Competitive Economy prior to joining Cato in 1981. The earlier edition of The Libertarian Mind, titled Libertarianism: A Primer, was described by the Los Angeles Times as “a well-researched manifesto of libertarian ideas.” His other books include The Politics of Freedom and the Cato Handbook for Policymakers. 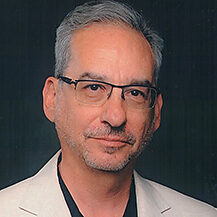 Megan McArdle is a Washington, DC-based journalist who covers economics and finance for Bloomberg View. A longtime blogger, her work has appeared at a wide array of news and opinion outlets, including The Economist, The Atlantic, Newsweek, The Daily Beast, Salon, Reason, and The Guardian. McArdle is also the author of the recent book The Up Side of Down: Why Failing Well Is the Key to Success. She holds a BA in English Literature from the University of Pennsylvania and an MBA from the University of Chicago’s Booth School of Business.

Peter Van Doren is editor of the quarterly journal Regulation and an expert on the regulation of housing, land, energy, the environment, transportation, and labor. He has taught at the Woodrow Wilson School of Public and International Affairs (Princeton University), the School of Organization and Management (Yale University), and the University of North Carolina at Chapel Hill. From 1987 to 1988 he was the postdoctoral fellow in political economy at Carnegie Mellon University. His writing has been published in the Wall Street Journal, the Washington Post, Journal of Commerce, and the New York Post. Van Doren has also appeared on CNN, CNBC, Fox News Channel, and Voice of America.

He received his bachelor’s degree from the MIT and his master’s degree and doctorate from Yale University.

Emily Ekins is a research fellow at the Cato Institute. Her research focuses primarily on American politics, public opinion, political psychology, and social movements, with an emphasis in survey and quantitative methods. She studies how values, experiences, and self-interest shape public opinion and attitudes toward government. Emily’s publications include “The Libertarian Roots of the Tea Party” and “Public Attitudes toward Federalism: The Public’s Preference for a Renewed Federalism.” Before joining Cato, she spent four years as the director of polling for Reason Foundation where she conducted national public opinion polls and published specialized research studies. In 2014 Emily authored an in-depth study of young Americans, “Millennials: The Politically Unclaimed Generation.” Prior to joining Reason, Emily worked as a research associate at Harvard Business School, where she coauthored several Harvard Business Case Studies and helped design and conduct research experiments and surveys.

Susan N. Herman holds a chair as Centennial Professor of Law at Brooklyn Law School, where she currently teaches courses in Constitutional Law and Criminal Procedure, and seminars on Law and Literature, and Terrorism and Civil Liberties. She writes extensively on constitutional and criminal procedure topics for scholarly and other publications, ranging from law reviews and books to periodicals and on-line publications. Her current book, Taking Liberties: The War on Terror and the Erosion of American Democracy, published by Oxford University Press in October 2011, and reissued in an expanded paperback edition in March 2014, is the winner of the 2012 IIT Chicago-Kent College of Law/Roy C. Palmer Civil Liberties Prize.

Herman received a B.A. from Barnard College as a philosophy major, and a J.D. from New York University School of Law, where she was a Note and Comment Editor on the N.Y.U. Law Review. Before entering teaching, Professor Herman was Pro Se Law Clerk for the United States Court of Appeals for the Second Circuit, and Staff Attorney and then Associate Director of Prisoners' Legal Services of New York.

Rep. Justin Amash (R-MI) represents Michigan’s Third District in the 114th United States Congress. He was elected to his first term on November 2, 2010.

before his election to Congress.

Justin has never missed a vote in Congress or in the Michigan Legislature out of more than 4,000 roll call votes. He is leading the incorporation of Facebook and other social media into his work as an elected official by posting an explanation of every vote online, and he has set new standards for transparency and accountability.

Justin believes government overspending is one of the biggest threats to our economic health and national security, and he has introduced an innovative balanced budget amendment—the Business Cycle Balanced Budget Amendment—to control government spending and reduce the national debt. He supports a fair and simple tax code and a regulatory environment that promotes economic prosperity.