New U.S. Immigrants Are as Educated as New Canadian Immigrants

President Trump wants to cut legal immigration by more than 40 percent, complaining that the system focuses on family reunification rather than skills. In defending the plan, Attorney General Jeff Sessions generalized today’s immigrants as largely “illiterate”, with “no skills”, and argued that America “should be like Canada” on immigration, evaluating them on their skills. Yet, recent U.S. immigrants are better educated the U.S.-born, and differ little from recent Canadian immigrants.

Figure 1: U.S.-Born Citizens and Recent Immigrants to the United States by Education, Ages 25-64* 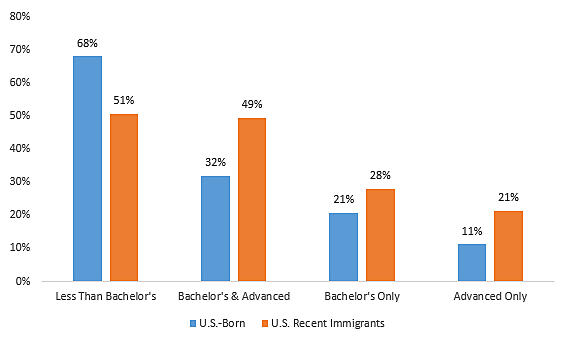 Figure 2: Recent Immigrants to the United States and Canada by Education, Ages 25-64 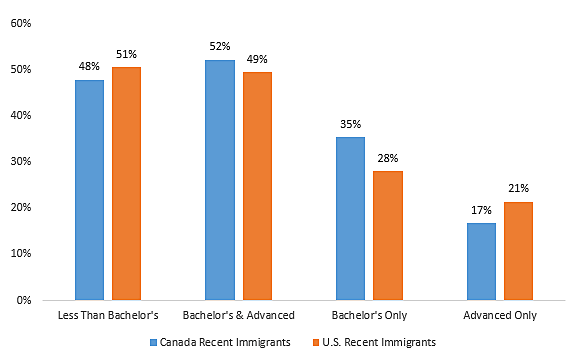 Figure 3: Recent Immigrants to the United States and Canada by Education, Ages 25-64 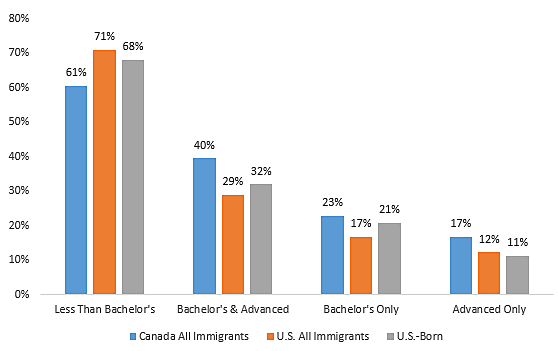 More important than the shares of the flow is the absolute quantity of the flow to each country. While Canada has a similar share of less educated immigrants, it allows far more of them to immigrate, relative to its population, because its immigration rate is so much higher than the U.S. rate. In other words, the United States is far less welcoming overall to less educated immigrants than our northern neighbor.

The claim that U.S. legal immigration policy is highly skewed toward “illiterates” who lack skills to succeed in America has no validity. In fact, even family-sponsored immigrants and diversity lottery winners are better educated than the U.S.-born. In any case, less educated immigrants bring skills and contribute in important ways to the United States, and they are successful on all standard measures. But ultimately, reforming immigration policies should start with the facts about the immigrants that we already have, not myths and conjecture.