If you can’t make it to the event, you can watch it live online at www​.cato​.org/live and join the conversation on Twitter using #CatoClimate. Follow @CatoEvents on Twitter to get future event updates, live streams, and videos from the Cato Institute.
Date and Time
October 30, 2015 10:30 AM - 5 PM EDT
Location
Hayek Auditorium

In late November world leaders will gather in Paris at the United Nations Climate Change Conference for what is viewed as the last great chance for a sweeping international agreement to limit carbon dioxide emissions. The consequences of this gathering may be enormous. Please join us to hear distinguished climate scientists and legal experts assess the issues sure to drive the debate before, during, and after the Paris meeting.

Conference attendees will receive a free print edition of the new ebook Lukewarming: The New Climate Science That Changes Everything, by Patrick Michaels and Paul Knappenberger, being released in the next several weeks.

Dr Richard S.J. Tol MEA is a Professor of Economics at the University of Sussex, the Professor of the Economics of Climate Change at the Vrije Universiteit, Amsterdam, and a Research Fellow of the Tinbergen Institute and CESifo. He is ranked among the top 150 economists in the world and among the top 50 most-cited climate scholars. He has well over 200 publications in learned journals. An economist and statistician, he specializes in the economics of energy, environment, and climate, and is interested in integrated assessment modelling. He is an editor of Energy Economics and has played an active role in international bodies such as the Stanford Energy Modeling Forum, the Intergovernmental Panel on Climate Change, the Global Trade Analysis Project and the European Forum on Integrated Environmental Assessment.

Oren Cass is a Senior Fellow at the Manhattan Institute, focusing on energy, the environment, and anti-poverty policy. His report, "Leading Nowhere: The Futility and Farce of Global Climate Negotiations," was released by the Institute in mid-October. Cass served as the Domestic Policy Director of Mitt Romney's presidential campaign in 2011-12. In that role he shaped campaign policy and communication on issues from health care to energy to trade and represented Governor Romney at the MIT Energy Initiative presidential energy debate. He has written essays and columns on energy and the environment for the Wall Street Journal, National Affairs, City Journal, National Review, Forbes, Morning Consult, Investor's Business Daily, and the Washington Examiner.

Dr. Harlan L. Watson, Adjunct Fellow at the Competitive Enterprise Institute, was Ambassador and Special Envoy to the United Nations Framework Convention on Climate Change (UNFCCC) and Senior Climate Negotiator and Special Representative at the U.S. Department of State from 2001 to 2009 under President George W. Bush. Previously, he served as Science Advisor to Secretary of the Interior and Principal Deputy and Deputy Assistant Secretary for Water and Science at the U.S. Department of the Interior from 1989 to 1993 under President George H.W. Bush. He also worked on Capitol Hill for several Senate and House Committees for more than 20 years, including nearly seven years as Staff Director of the House Science Committee's Subcommittees on Energy and on Energy and Environment.

Dr. Judith Curry is Professor and former Chair of the School of Earth and Atmospheric Sciences at the Georgia Institute of Technology. Dr. Curry received a Ph.D. in atmospheric science from the University of Chicago in 1982. Prior to joining the faculty at Georgia Tech, she held faculty positions at the University of Colorado, Penn State University and Purdue University. With research interests spanning a variety of topics in climate, her current interests include climate dynamics of the Arctic, climate dynamics of extreme weather events, and reasoning about climate uncertainty. She is a Fellow of the American Meteorological Society, the American Association for the Advancement of Science, and the American Geophysical Union.

Dr. Curry has recently presented U.S. Congressional Testimony to the Senate Committee on Environment and Public Works and the House Subcommittee on the Environment. She is a prominent public spokesperson on issues associated with the integrity of climate research. Curry serves as president and co-owner of the company Climate Forecast Applications Network LLC (CFAN). CFAN translates the scientific weather and climate research so that governments and industries can better anticipate and manage weather- and climate-related risks. Curry is proprietor of the blog Climate Etc., which discusses current topics in climate science, climate and energy policy, challenges at the science-policy interface, and use of social media in engaging with the public on complex and controversial topics.

Dr. Roy W. Spencer received his Ph.D in Meteorology from The University of Wisconsin- Madison, and leads a climate research group at the University of Alabama in Huntsville. Previously an employee of NASA for 14 years, he still serves as the U.S. Science Team Leader for the AMSR-E instrument on NASA's Aqua satellite. Along with Dr. John Christy, Dr. Spencer is the co-developer of the first method for precision monitoring of global temperature variations from Earth-orbiting satellites, and performs research into the role of clouds in the Earth's climate system and in global climate change. He is a recipient of NASA's Medal for Exceptional Scientific Achievement, and has testified in Congress on several occasions. Dr. Spencer is the author of two climate-related books: Climate Confusion (a NYT bestseller), and The Great Global Warming Blunder.

John Nielsen-Gammon is a Regents Professor at Texas A&M University and is the Texas State Climatologist. Dr. Nielsen-Gammon received an S.B. in Earth and Planetary Sciences (1984), an S.M. in Meteorology (1987), and a Ph.D. in Meteorology (1990), all from the Massachusetts Institute of Technology. Dr. Nielsen-Gammon joined the faculty of Texas A&M University in 1991 and was appointed Texas State Climatologist by then-Governor George W. Bush in 2000. Dr. Nielsen-Gammon conducts research on large-scale and local-scale meteorology, basic and applied climatology, and air pollution meteorology. He teaches courses in weather analysis and forecasting, climate, climate change, and computer modeling. He is a founding member and contributor to the Climate Change National Forum blog.

Peter Glaser is a partner in the Washington, D.C. office of Troutman Sanders LLP. Mr. Glaser practices at the intersection of energy and environmental law. He represents electric utility, mining and other energy industry companies and associations. He specializes in environmental regulation and litigation, particularly in the area of air quality and global climate change. He has participated in numerous EPA and judicial proceedings and in various state and federal, siting and permitting proceedings. He has testified before various congressional committees on a number of occasions on climate change matters, and speaks frequently on climate change and air quality topics to industry and professional groups. 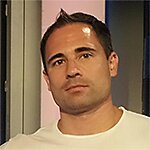 Dr. Ryan Maue is a meteorologist working for WeatherBELL Analytics specializing in numerical weather prediction data, maps, and research. Dr. Maue built the weather data capabilities of WeatherBELL from scratch including the management of a Linux cluster, multiple data feeds, and a vast array of value-added products. Dr. Maue continues to be active in the meteorology research community publishing and reviewing peer reviewed papers. His areas of expertise include tropical cyclone (hurricane) dynamics, numerical weather prediction verification, extreme weather and climate linkages or attribution, and forecast visualization techniques. He holds undergraduate degrees from the University Michigan and MS/PhD from Florida State University in meteorology.