We Should Be Wary of Federal Body Camera Funds 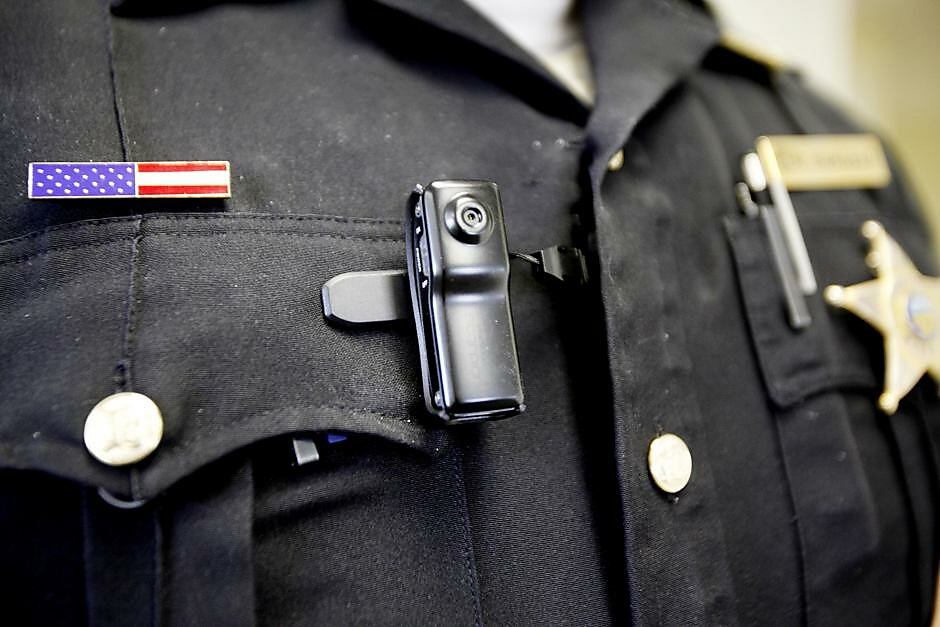 , the Department of Justice (DOJ) announced a $20 million police body camera pilot funding scheme to assist law enforcement agencies in developing body camera programs. In the wake of the killings of Michael Brown, Walter Scott, and Freddie Gray there has been renewed debate on police accountability. Unsurprisingly, body cameras feature heavily in this debate. Yet, despite the benefits of police body cameras, we ought to be wary of federal top-down body camera funding programs, which have been supported across the political spectrum.

The $20 million program is part of a three-year $75 million police body camera initiative, which was announced by the Obama administration shortly after the news that Darren Wilson, the officer who shot and killed Michael Brown in Ferguson, Missouri, would not be indicted. It is undoubtedly the case that if Wilson had been wearing a body camera that there would be fewer questions about the events leading up to and including his killing of Brown. And, while there are questions about the extent to which police body cameras prompt some “civilizing effect” on police, the footage certainly provides welcome additional evidence in investigations relating to police misconduct, thereby improving transparency and accountability.


Democratic presidential nominee Hillary Clinton agrees that body cameras improve transparency and accountability. In a speech on criminal justice last week she said that she wants to extend President Obama’s body camera funding program: “We should make sure every police department in the country has body cameras to record interactions between officers on patrol and suspects.” Clinton did not provide any details about her proposed body camera program, but it certainly sounds like it would be more expensive that Obama’s.

On the other side of the political spectrum a more detailed police body camera proposal emerged. In March, Republican presidential candidate Sen. Rand Paul (R-KY) co-sponsored a body camera bill with Sen. Brian Schatz (D-HI) that would establish a federal pilot funding program for police body cameras. I wrote last month about some of the worrying aspects of the bill, such as the requirement that the entities requesting body camera funding publish privacy policies “in accordance with the open records laws, if any, of the State.” This means that Paul and Schatz’s bill could provide financial assistance to departments that are not subject to policies conducive to improved law enforcement transparency and accountability.

Given that law enforcement agencies can propose bad body camera policies and that body cameras can impose a fiscal burden on states it is not hard to see why federal funding for police body cameras might be appealing. But it is important to keep in mind that while the DOJ does require that “a strong BWC policy framework” be in place before body cameras are purchased through the recently announced program, what constitutes a “strong BWC policy framework” is not made clear. The DOJ document which outlines eligibility for the grants does state that law enforcement agencies will have to develop or build on a policy which includes the “Implementation of appropriate privacy policies that at a minimum addresses BWC program issues involving legal liabilities of release of information, civil rights, domestic violence, juveniles, and victims’ groups.” However, the document includes few specific details about what policies will have to include in order to be deemed to have addressed these issues.

There are numerous policy concerns associated with police body cameras that must be adequately addressed if they are to improve transparency and accountability. A good body camera policy will outline (among other things) when a police body camera must be on, what footage can be requested, how much of that footage can be released to the public, how long the footage is stored, what the punishment will be when officers fail to turn their cameras on, what information will be redacted from footage when it is released, and whether police will be able to view footage before speaking to investigators.

It might be the case that the Bureau of Justice Assistance, which will administer the grants, will require the best police body camera policies so far proposed. But the fact that implementation of “appropriate privacy policies” is a condition for funding means that some law enforcement agencies may adopt privacy policies in order to receive funding rather than because they provide the best privacy protections.

If the DOJ is going to take part in the ongoing debate on police body camera policy it shouldn’t provide a financial incentive for the adoption of its policies. When discussing the best policies for a relatively new technology such as body cameras we ought to consider suggestions from a variety of sources, but none of these suggestions should be accompanied by financial assistance, which could adversely influence the consideration of policy.