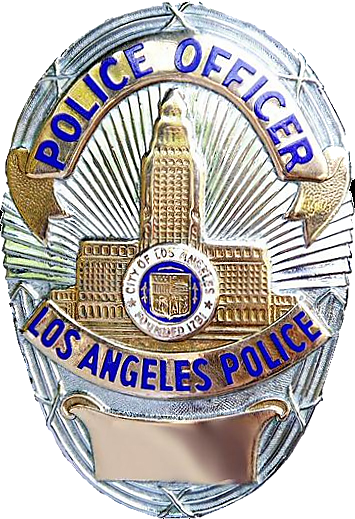 Today, the five‐​member civilian Board of Police Commissioners will consider the LAPD’s body camera video (BMV) proposals outlined by Chief Charlie Beck, which leave much to be desired. If implemented as drafted, the proposals will allow officers to view body camera footage before being interviewed after a use‐​of‐​force incident and do not outline under what circumstances the public can access body camera footage. Such policies will not provide the transparency and accountability Los Angeles residents deserve from their public servants.


At first glance, the policy recommendations look relatively innocuous. The document rightly requires that officers have their body camera on “prior to initiating any investigative or enforcement activity involving a member of the public.” It also outlines when officers should not have their body cameras on (such as when talking to informants, undercover officers, or when in hospitals or rape treatment centers). These requirements mean that the majority of police interactions with members of the public will be caught on camera and that investigations and the privacy of crime victims will be protected.


Yet other policy recommendations ought to worry civil libertarians and law enforcement accountability advocates. Section 19 of the document reads in part as follows (bolding is mine):

If an officer is involved in a Categorical Use of Force (CUOF), such as an officer‐​involved shooting, an officer shall not review his or her BWV until authorized by the assigned Force Investigation Division (FID) investigator. Once authorized, the officer shall review his or her BWV recording, and any other relevant BWV footage as deemed necessary and appropriate by the assigned FID supervisor, prior to being interviewed by investigators. An officer may have an employee representative present during the review of the BWV recordings without the FID investigator or supervisor present.

This proposal would provide officers with an opportunity that is not afforded to citizens accused of crimes: to view evidence against them prior to being interviewed by investigators. Police officers involved in a use‐​of‐​force incident should not be allowed to view their own body camera footage or the footage captured by colleagues’ body cameras before speaking to investigators. An officer involved in a use‐​of‐​force incident should give comments to investigators that have not been influenced by police body camera footage.

Allowing officers to view body camera footage before speaking to investigators not only means that their statements will not necessarily be an accurate reflection of what they thought during the incident, it also allows officers the opportunity to look for evidence that may exonerate them before a statement is made.


In addition, the policy recommendations do not state if body camera footage will be released to the public. Indeed, the document states:

…officers are not required to play back BWV recordings to allow members of the public to review the video footage.

This policy recommendation and the rest of the document are consistent with Beck’s previous comments on the release of body camera footage. Last February, the Los Angeles Timeswrote that Beck didn’t intend to release body camera footage unless required to do so “by a criminal or civil court proceeding.” According to the LA Times, Beck considers police body camera footage evidence and therefore exempt from public record requests.


Preventing the public from viewing police body camera footage and allowing officers involved in controversial incidents to view body camera footage before filing a report will do little to improve police relationships with citizens or provide increased accountability. Indeed, such policies make it look as if the LAPD is more interested in using body cameras as a means to protect its officers involved in critical incidents than it is in improving transparency and accountability.


There are undoubtedly privacy concerns associated with the release of police body camera footage. Body camera policies ought to protect the privacy of citizens while also ensuring that citizens can access footage which is in the public interest. A policy that adequately balances privacy and increased law enforcement accountability cannot be one that prohibits citizens from requesting body camera footage and allows police officers to view such footage before making a statement.


In section one of this recommendation report, Beck says that the LAPD “has adapted to the use of BWV” in order to “promote accountability.” But accountability can only be promoted in the right policy framework, which Beck’s proposals fail to provide.


Read the recommendations in full below: