Today, Education Next released its latest survey results on education policy. As with the Friedman Foundation’s survey earlier this year and previous Education Next surveys, scholarship tax credits (STCs) remain the most popular form of private educational choice. STCs garnered support from 60% of respondents compared to 50% support for universal school vouchers and only 37% support for low‐​income vouchers. 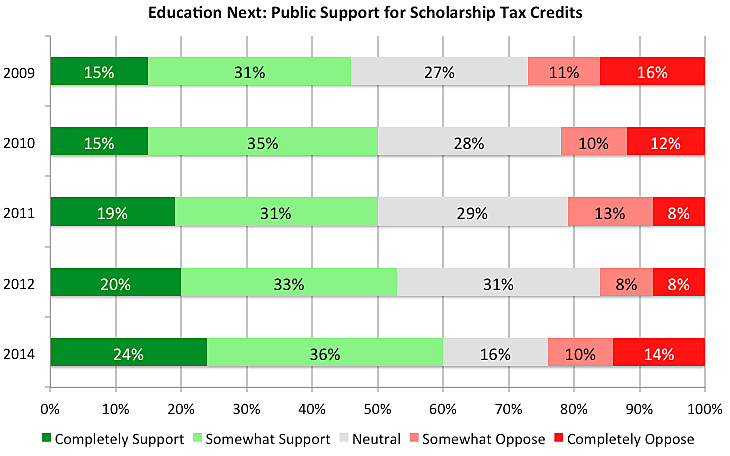 While support for STCs was only 46% in 2009, it has grown to 60% this year. Over the same time, opposition has fallen from 27% to 24%, with a low of 16% in 2012. If support among millennials merely remains constant, overall support for educational choice will continue to grow in the coming years, making the adoption and expansion of such programs increasingly likely.