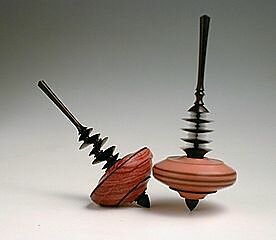 The annual Education Next survey is out, and its headliner is the Common Core. Unfortunately, it features basically the same incomplete, answer‐​skewing question it employed last year, and reports the same dubious finding of majority support. But even with that, the direction in which opinion has moved speaks volumes about the serious trouble the Core is in.


Just like last year, the question gives a misleading description of either the Core or national standards generically—pollsters asked a version that did not mention the Core by name—and got high rates of support. Here’s the question, with the parts that were omitted, for half the respondents, in brackets:

As you may know, in the last few years states have been deciding whether or not to use [the Common Core, which are] standards for reading and math that are the same across the states. In the states that have these standards, they will be used to hold public schools accountable for their performance. Do you support or oppose the use of these [the Common Core] standards in your state?

Like last year, the question completely ignores major federal coercion behind states’ adopting the Core, as well as the fact that the Core itself is only part of what’s necessary to “hold public schools accountable.” Tests, and consequences for performance on them, are needed for accountability, and those are driven by federally demanded testing and sanctions. Oh, and Washington selected and paid for specific Core‐​aligned tests. Meanwhile, generic common standards would in no way have to be used to hold schools accountable; they could just be toothless measuring devices. And how many people would come out against something as seemingly positive as holding schools “accountable”? The devil is in how, exactly, that would be done.


Given the question, those results almost certainly overstate Core support, perhaps markedly. What they likely don’t do—though there are slight variations in the question between last year and this year—is mask the trend in Core support: it is tumbling. Favorable responses from the general public dropped from 65 percent in 2013 to 53 percent this year, while teacher support free‐​fell from 76 percent to 46 percent.


Unfortunately, it seems the pollsters may have been looking to nail a specific culprit for this. In addition to the main question, this year they asked respondents whether three statements about the Core were true or false, and found that most of the general public got them wrong. But, as we shall see, that may well be because some people are aware of important details and realities missed by the simple true/​false options with which they were presented.


Statement #1: “The federal government requires all states to use the Common Core standards.” Only 36 percent identified this as false—the “right” answer—but only in the strictest sense is it so. Washington can’t, say, send troops to make your state use the Core, but it can and did make it nearly impossible to win part of $4 billion in Race to the Top funds—money taxpayers, who live in states, had to fork over—if a state didn’t adopt. It also made it harder to get a waiver from the hidebound, reviled rules of No Child Left Behind. Indeed, Washington can’t require states to follow NCLB either, but it can make people pay taxes and then return billions of those dollars to states only if they accept federal rules. And you hear almost no one seriously say that following NCLB isn’t required.


Statement #2: “In states using the Common Core standards, the federal government will receive detailed data on individual students’ test performance.” Only 15 percent of people thought this false, but states using the Core do not, in fact, have to send detailed student‐​level data to D.C. That said, Race to the Top demands heightened state‐​level data collection; the feds have been pushing collection of specific data for years; and maybe some people have heard enough about the NSA to reasonably think, “Sure seems likely the feds will eventually grab student data, especially since they are the ones driving much more in‐​depth and centralized collection.”


Unfortunately, the pollsters seem to use the responses to these statements to explain away Core opposition, in much the same way Core fans have been dismissing opponents for years: portraying them as ignorant or confused. The pollsters write that the responses “may indicate that opposition to the Common Core is driven, in part, by misconceptions.”


Okay. Or perhaps the answers indicate that Common Core reality is far more complicated than simplistic survey questions can handle.


Thankfully, there is a lot more tackled in the latest Education Next survey than the Core, and most of it is not nearly as vexing. Stay tuned for coverage of that!