From Hell to Heaven

Cory Maye was in his home one evening minding his own business when his front door came crashing down. Frightened that criminals were going to harm him and his child, Maye quickly retrieved a gun. When his bedroom door came crashing down next, Maye fired. When the lights came on, it turned out that the intruders were police officers and that Maye had killed one of them. The nightmare had only just begun for Maye. Police and prosecutors twisted a case of self‐​defense into a “murder” charge and they sought the death penalty. Cato fellow Radley Balko read about the case when he was researching a paper concerning the militarization of police tactics and no‐​knock raids. Radley then wrote about the injustice of Maye’s situation and word spread via the internet. A new legal team took up the case and appeals followed. When a court ordered a new trial for Maye, prosecutors offered a deal–plead guilty to a lesser charge and Maye would be set free because he had already served years in a Mississippi prison. Maye took the deal even though many thought he should not have any criminal conviction on his record for what happened that night. Still, it is hard to blame a guy for wanting to get out of prison to see his children just as fast as he possibly could. Maye was released a few days ago and here’s a snap of him playing around with his son. 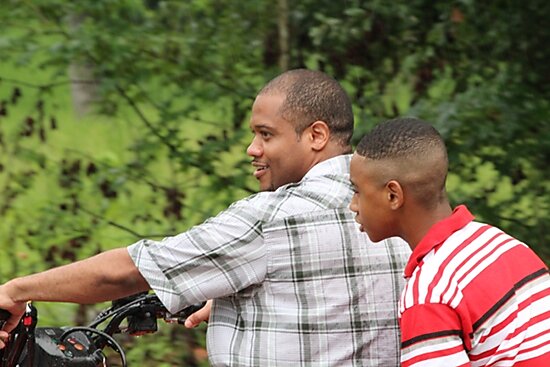