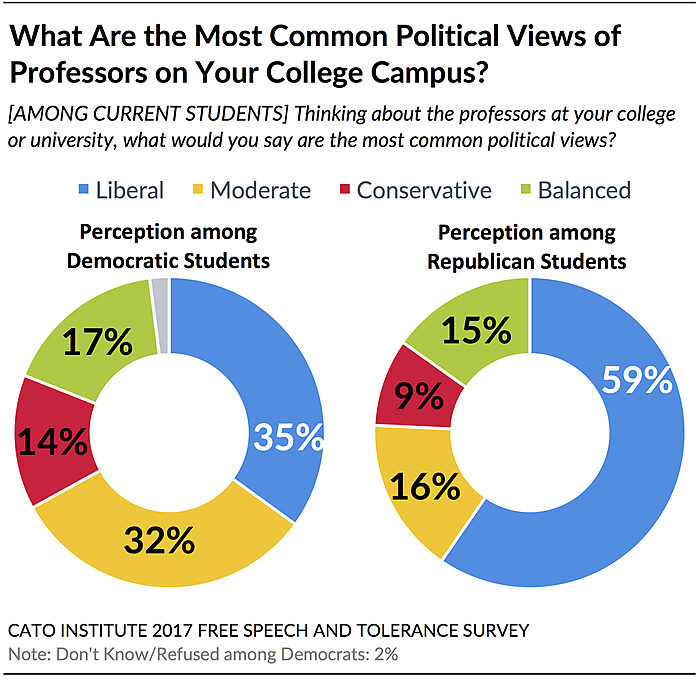 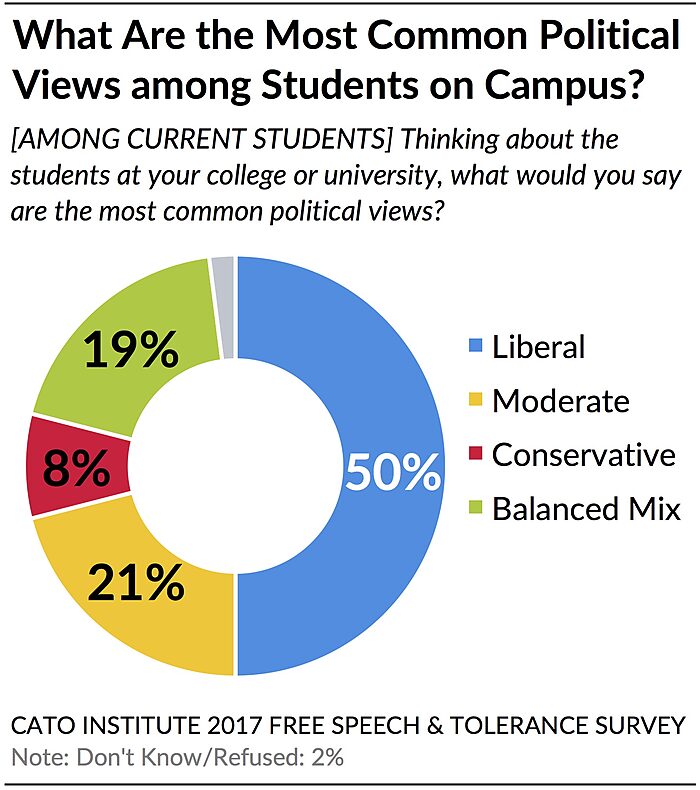 Democratic and Republican students largely agree on the ideological composition of their campus student body. 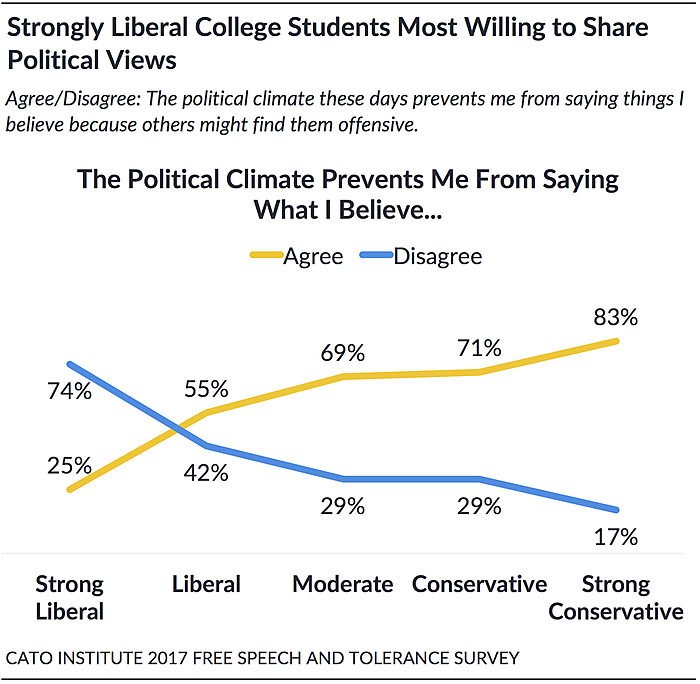 Far fewer Democratic college students feel they can’t share their beliefs. College Democrats (51%) are 21 points less likely than Republican students (72%) to feel they can’t share their views. Nevertheless over half of Democratic students also feel the need to self-censor. Interestingly, college students who identify as independents (70%) are about as likely as Republicans (72%) to say they feel uncomfortable sharing their opinions as well.

Only current students who identify as “very liberal” do not feel the need to self-censor (74%). However, liberal college students (55%) instead feel that they have to hide some of their political views, as well as 69% of moderates, 71% of conservatives, and 83% of strongly conservative students.

In sum, there is a widespread perception that most faculty and students at American colleges and universities are liberal. But it’s not just perception. Empirical studies of faculty ideology confirm what most students observe. Surveys conducted by sociologist Neil Gross and others find that, indeed, most of the professoriate is liberal. Sam Abrams at Heterodoxacademy.org summarizes some of this data to show that as of 2014 about 12% of professors are conservative while about 60% are liberal. Further, the Cato Free Speech and Tolerance Survey finds that nearly half (46%) of current college and graduate students identify as Democrats or independents who lean Democratic. About a quarter identify as Republican (27%).

These results matter because if universities become political echo chambers, it could lead to the exclusion of non-conforming political views, self-censorship, and less rigorous academic inquiry. Without a free exchange of ideas, there may be less thorough checking of academic work and the quality of research may decline. By extension, the public may lose confidence in the process of academic inquiry and become skeptical of its results.


The Cato Institute 2017 Free Speech and Tolerance Survey was designed and conducted by the Cato Institute in collaboration with YouGov. YouGov collected responses online August 15-23, 2017 from a national sample of 2,300 Americans 18 years of age and older. The margin of error for the survey is +/- 3.00 percentage points at the 95% level of confidence.