The Trump administration’s move to rescind the Deferred Action for Childhood Arrivals program, or DACA, has created an uncertain future for the 800,000 young unauthorized immigrants who had been granted protection from deportation and permission to work legally. A six‐​month delay provides a chance for Congress to save the 2012 program. But if we’re going to debate the merits of DACA, we should know what we’re talking about. Here are some common myths.

House Judiciary Committee Chairman Bob Goodlatte (R‐​Va.) is among those who support ending DACA because it has “encouraged more illegal immigration and contributed to the surge of unaccompanied minors and families seeking to enter the U.S. illegally.” Statements like this betray a misunderstanding of who is eligible for deportation relief under the program. DACA applies only to immigrants who entered before their 16th birthdays and who have lived in the country continuously since at least June 15, 2007 — more than a decade ago. No one entering now can apply.

Perhaps the chairman thinks that children coming to the border are confused on this point. But the facts don’t support that view either. To begin with, the timing is wrong. According to data from the Border Patrol, the increase in migrant children in 2012 — the year President Barack Obama announced DACA — occurred entirely in the months before the president announced the policy. The rate of increase also remained the same in 2013 as it was in 2012. Even then, the total number of juveniles attempting to cross the border — unaccompanied and otherwise — never returned to the pre‐​recession levels of the mid‐​2000s.

If we’re going to debate the merits of DACA, we should know what we’re talking about.

Another problem with the theory is that although the majority of DACA beneficiaries are of Mexican origin, the increase in children crossing the border stems from El Salvador, Guatemala and Honduras. These countries share one common trait: much higher than average levels of violence than anywhere else in North America. A careful study of this phenomenon by economist Michael Clemens found that more than anything else, a rise in homicides between 2007 and 2009 set off a chain of events that led to the rise of child migration.

Regardless, overall illegal immigration is far below where it was before the United States’ last legalization program, in 1986, when each border agent caught more than 40 border crossers per month. Last year, it was fewer than two per month. DACA had no effect on this trend.

DACA has taken jobs from Americans.

In announcing the Trump administration’s decision this past week, Attorney General Jeff Sessions said that DACA “denied jobs to hundreds of thousands of Americans by allowing those same jobs to go to illegal aliens.” This myth even has a name in economics: the lump of labor fallacy. It supposes that the number of jobs in the economy is fixed, and that any increase in workers results in unemployment. Yet this notion is easily disproved. From 1970 to 2017, the U.S. labor force doubled. Rather than ending up with a 50 percent unemployment rate, U.S. employment doubled.

If adding workers made the economy poorer, we might expect that people would try to “free” themselves from competition by moving to a desolate mountain and making everything for themselves. That no one does so is an admission that competition is actually good. We depend on other workers, DACA recipients included, to buy the products and services we produce. That’s one reason earlier efforts to restrict immigration did not produce any wage gains.

Sessions also argued that ending DACA “protects taxpayers.” But the opposite is true. According to the National Academy of Sciences (NAS), first‐​generation immigrants who enter the United States as children (including all DACA recipients) pay, on average, more in taxes over their lifetimes than they receive in benefits, regardless of their education level. DACA recipients end up contributing more than the average, because they are not eligible for any federal means‐​tested welfare: cash assistance, food stamps, Medicaid, health‐​care tax credits or anything else.

They also are better educated than the average immigrant. Applicants must have at least a high school degree to enter the program. An additional 36 percent of DACA recipients who are older than 25 have a bachelor’s degree, and an additional 32 percent are pursuing a bachelor’s degree. The NAS finds that among recent immigrants who entered as children, those with a high school degree are positive to the government, to the tune of $60,000 to $153,000 in net present value, meaning it’s like each immigrant cutting a check for that amount at the door. For those with a bachelor’s degree, it’s a net positive of $160,000 to $316,000. Each DACA permit canceled is like burning tens of thousands of dollars in Washington.

DACA repeal, the attorney general further claimed, “saves lives” and “protects communities.” He implied that DACA “put our nation at risk of crime.” But DACA participants are not criminals. Unauthorized immigrants — the applicant pool for DACA — are much less likely to end up in prison, indicating lower levels of criminality. More important, to participate in DACA, applicants must pass a background check. They have to live here without committing a serious offense. If they are arrested, DACA can be taken away even without a conviction.

Only 2,139 out of almost 800,000 DACA recipients have lost their permits because of criminal or public safety concerns — that’s just a quarter of 1 percent. Four times as many U.S.-born Americans are in prison. About 35 times as many Americans have ended up behind bars at some point before age 34.

DACA repeal is just about politics.

Obama criticized the DACA move this past week as “a political decision” that was “not required legally.” But legal issues certainly factored into the Trump administration’s calculation. The timing coincided with a deadline that several states imposed on the administration, stating that if the president did not wind down DACA by Sept. 5, they would sue. If President Trump wanted to end DACA for political reasons, he could have done so on his first day in office.

Obama should know that defending DACA legally could be difficult. After all, when he attempted to implement a similar but much broader program in 2015 for undocumented parents of U.S. citizens, courts shut him down. Obama implemented DACA without going through Congress, and although some legal scholars dispute whether it faces the same legal issues as the 2015 program, the Trump administration would have confronted a real possibility of defeat had it had chosen to defend DACA in court.

The correct response, however — for economic reasons and security reasons, but above all for moral reasons — would have been to actively push for Congress to enact the program, not to announce its demise and leave the chips to fall where they may. 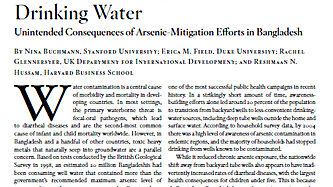