A well‐​timed gif immortalizing U.S. gymnast McKayla Maroney’s stunning acrobatics in the women’s vault final of the artistic gymnastics event set the overall tone of the 2012 London Olympics and has no doubt been watched far more times, by far more people, than the live event ever was. When McKayla was awarded the silver medal for her efforts, the world was at least as unimpressed as she was, with the face she made on the winner’s podium quickly becoming one of the most recognizable and long‐​lasting memes on the Internet. Later that year, McKayla and President Obama posed for a photograph in the Oval Office, emulating her by‐​then trademark scowl and crossed arms. McKayla is far from the only Olympian to have crossed pop culture barriers in this way. American swimmer Michael Phelps, the most decorated Olympian of all time, is the subject of numerous memes. Jamaican sprinter Usain Bolt’s victory pose fueled a photo craze called “Bolting,” while a picture taken of British track and field athlete Mo Farah during the 5,000-meter race inspired the popular photoshop meme Mo Farah Running Away From Things. It’s therefore no surprise that when the International Olympic Committee (IOC) issued constrictive new rules governing how brands, news agencies, and more could discuss the Olympics online, the Internet was incredulous. Nonsponsor businesses are banned from using any of the Olympics’ trademarked words or phrases (including “Olympic,” “Olympian,” “Team USA,” “Go for the gold,” and “Let the games begin”) or “terms that reference the location of the Olympics” (including “Rio 2016”). The rules sternly warn that “the use of Olympic material transformed into graphic animated formats such as animated GIFs … or short video formats such as Vines … is expressly prohibited.” Hashtags that include Olympics trademarks (such as #TeamUSA or #Rio2016), posting Olympics results, retweeting official Olympics social media accounts, and using social media to wish athletes luck are all verboten. But, despite the IOC’s stern warning, the Internet is still awash with gifs, tweets, memes, and more—with many of them coming from nonsponsors, and at least one American business is suing for the right to root for the home team. Meanwhile, the IOC stands by what sees as a righteous defense of its intellectual property, raising important questions about free speech and digital copyright. What is the proper balance between intellectual property and freedom of speech? Does digital copyright impose a chilling effect on online speech and innovation—or does widespread circumvention of such legal impositions weaken the rule of law? Is the IOC’s (and Minnesota business Zerorez) “sue first” mentality indicative of the overlawyering of America and the international community? What do conflicts like these mean for the future of digital media? 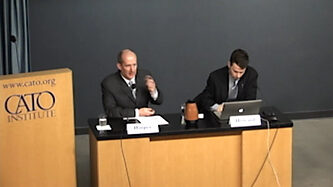 The Internet and Social Media: Tools of Freedom or Tools of Oppression? 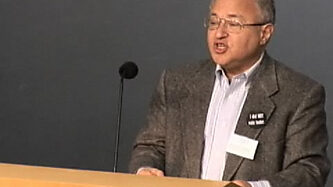 Future Imperfect: Technology and Freedom in an Uncertain World