Will Anwar Ibrahim Finally Make It from Prison to Prime Minister? 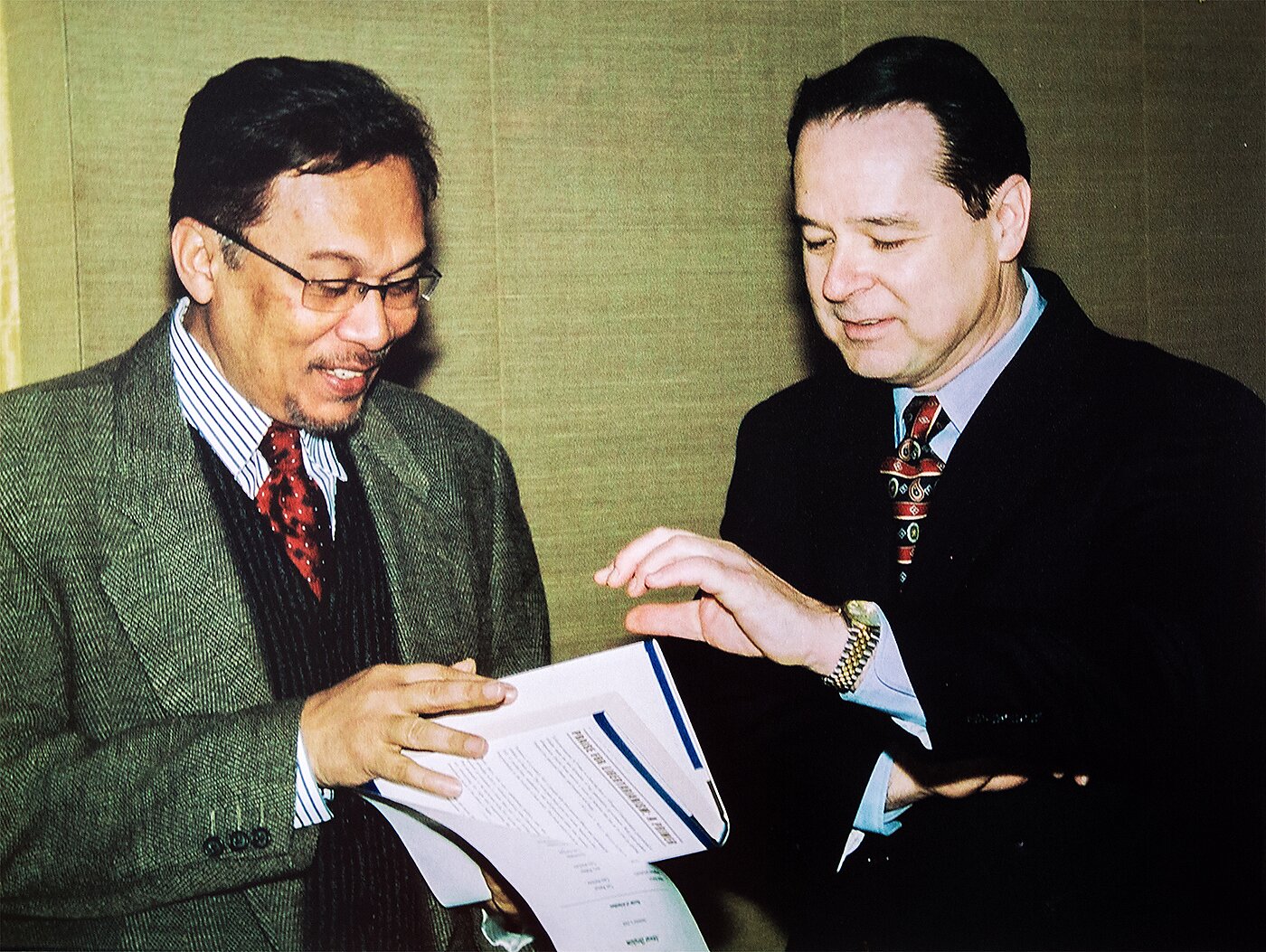 In 2005 the Malaysian political leader Anwar Ibrahim visited the Cato Institute. In the photo at right, I’m giving him a copy of my book Libertarianism: A Primer, which he told me he had already read – in prison. What a thing for an author to hear! After becoming leader of the opposition People’s Justice Party, he was again imprisoned on trumped‐​up charges in 2015. He remains in prison today. But thanks to yesterday’s elections, it now seems that Anwar may soon not only be released from prison but be named prime minister.


It’s a complicated story. Anwar was a youth leader and rising star in UNMO, the party that has ruled Malaysia for six decades since independence. He became finance minister and deputy prime minister under Mahathir Mohamad, who became well known for his defense of “Asian values” against supposedly Western notions of democracy and human rights. But Anwar fell out with Mahathir over the Asian crisis and charges of corruption. In 1998 Anwar was removed from office and then jailed in a trial that was criticized around the world. Amnesty International said that his trial “exposed a pattern of political manipulation of key state institutions including the police, public prosecutor’s office and the judiciary.” He was released in 2004 but banned from participation in politics for five years. After his return to opposition politics, he again angered the ruling party and was sent back to prison. Throughout his travails he was smeared in state‐​dominated media as homosexual, pro‐​Israel, and pro‐​American, the usual sorts of charges that authoritarian governments make against their critics. It should be noted that Anwar is no saint, and he tried to turn some of the same charges back against his persecutors.


Meanwhile, Mahathir retired as the world’s longest‐​serving elected leader in 2003. He became a sharp critic of his UNMO successors, Abdullah Ahmad Badawi and later Najib Razak. This year, at age 92, he became the opposition candidate for prime minister. From jail Anwar supported him. This week Mahathir led his new party to victory and has just been sworn in as prime minister. He has promised to release Anwar from prison and make him prime minister within two years. Observers are hopeful that Anwar’s leadership would mean reform in Malaysia: an end to kleptocracy and corruption and perhaps an economy that is “inclusive, rules‐​based and competition‐​oriented with a large, well‐​funded social safety net,” much like Singapore. According to the Human Freedom Index, Malaysia could use improvement in all areas.


Last year I complained that President Trump was welcoming Anwar’s jailer, Najib Razak, to the White House. Now of course Anwar is joining forces with his original jailer. What a long strange trip it’s been. But hopefully it’s not over.