Last week, Christmas came early for various disgraced GOP congressmen, presidential cronies who didn’t “rat,” and a latter‐​day Lt. William Calley, thanks to a flurry of pardons issued by President Trump. As the 25th approached, I half‐​expected “45” to wind up his clemency spree with a big present for himself. A Christmas Day self‐​pardon would have been a fitting capstone to the ‘Me’ Presidency”: “🎶On the first day of Christmas/​my true love (me) gave to me/​a pre‐​emptive pardon in a.…🎶”—eh, you know how it goes. 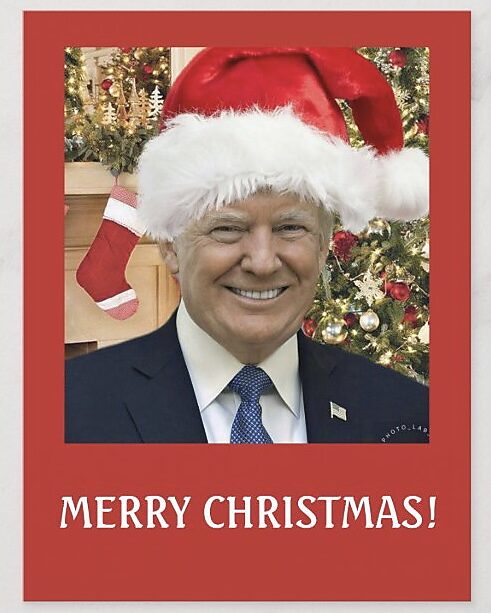 For whatever reason, Trump decided not to cross that particular Rubicon just yet. Instead, pardons went to son‐​in‐​law Jared’s dad, Charles Kushner (a big believer in family loyalty himself), Mueller‐​probe targets like Paul Manafort and Roger Stone, and what the New York Times summed up as a passel of “convicted liars, corrupt congressmen and child‐​killing war criminals.” Harsh: but, as they say, where’s the lie?

As I noted on the Cato blog a few months ago, “Trump is hardly the only president in living memory to issue a self‐​dealing pardon… repay silence with clemency,” or even bestow presidential mercy on war criminals. Even so, this president “has amassed an overall record of shabbiness and self‐​dealing that ranks him among the worst abusers of the pardon power.”

Last week’s pardon of four Blackwater security contractors who shot up a Baghdad traffic circle in 2007 is particularly grotesque. The White House announcement deploys the sort of obfuscatory language that comes in handy when you don’t anyone to come away with a clear picture of who did what: “when the convoy attempted to establish a blockade outside the ‘Green Zone,’ the situation turned violent, which resulted in the unfortunate deaths and injuries of Iraqi civilians.” The “situation turned violent,” a federal jury in D.C. concluded in 2014, because Blackwater sniper Nicholas Slatten, unprovoked, shot the driver of a stopped car, kicking off a fusillade of gunfire from several of his colleagues. When the shooting stopped, 14 civilians, including two children, were dead.

Last week, CNN published an account of the Nisour Square massacre from one of the lead FBI investigators on the case. What he describes is stomach‐​churning:

At a break in the gunfire, likely during reloading, one of the little girls in the back seat yelled that “Ali has no hair.” When the shooting stopped and the Blackwater team began to move, Mohammed exited the driver door and opened a rear passenger door. Ali, who had been slumped against the door, fell into his father’s arms. Ali had been struck with a Blackwater round, which entered the rear driver side door and hit the boy in the head. As his father reached for his 9‐​year‐​old son, Ali’s brains fell out onto the street and onto his father’s feet.

On occasion, presidents have commuted the sentences of convicted murderers from death to life imprisonment, but full pardons for that crime are vanishingly rare. Yet here’s another area where this president has been a norm‐​busting innovator: Slatten wasn’t even his first. In 2019 Trump pardoned one Army lieutenant, Michael Behenna, who shot an unarmed Iraqi prisoner and another, Clint Lorance, who ordered his men to fire on unarmed Afghan civilians.

Before last week, Trump had been on track for the most miserly clemency record in over 100 years, but given how he’s used the power, maybe we shouldn’t complain he doesn’t wield it more frequently. Overall, Trump’s pardon record combines Scrooge‐​like parsimony with an overwhelmingly transactional approach to the few pardons he grants. Lawfare’s Jack Goldsmith and Matthew Gluck estimate that over 90 percent of Trump’s clemency orders have involved “personal or political connections” to the president. Anybody else is unlikely to catch a break unless Trump heard about them on Fox & Friends or they know a famous person who’ll plead their case. That’s not (just) snark: two of the four main criteria Goldsmith and Gluck look at in their analysis are whether the case got on the president’s radar thanks to Trump’s “admiration for a celebrity” (20 of 94 pardons/​commutations) or the influence of a TV commentator (13/94). For their war‐​crime pardons, Behenna, Lorance, and Slatten owe a considerable debt to Fox News.

In Federalist 74, Alexander Hamilton explains the logic behind vesting the kingly power to pardon in the president. “As the sense of responsibility is always strongest, in proportion as it is undivided,” he argued, “a single man” could best be entrusted with that “benign prerogative.” As always, though, it very much depends on the man. The Trump years haven’t been particularly kind to Hamilton’s notion that investing broad powers in “a single man” promotes responsibility and accountability. This is one area where the “ten‐​dollar Founding Father” could have been a bit smarter. “The dread of being accused of weakness of connivance,” which Hamilton expected to discourage corrupt or otherwise disgraceful pardons, seems to roll right off of Donald Trump’s back.

In his recent book with Bob Bauer, Goldsmith suggests several reforms that might help discourage the most egregious pardon‐​power abuses. The constitutional language being what it is, though, our ability to prevent corrupt pardons is somewhat limited.

Still, there are more fearsome weapons in the presidential arsenal than the “Power to grant Reprieves and Pardons for Offenses against the United States.” They include the extraconstitutional powers recent presidents have seized (or been ceded) in areas like war and national emergencies. Here the damage an unscrupulous president can do is far greater than bestowing mercy on the grossly undeserving. Given what Trump has revealed about the caliber of person that can ascend to the presidency, it’s past time we made “the most powerful office in the world” much less powerful.