Trump and the Pardon Power: Mercy, Mercy Me

The Framers gave the president “the benign prerogative of pardoning,” Hamilton explains in Federalist 74, because they figured “a single man of prudence and good sense” would be best situated to use it wisely. Lately, that hasn’t been working out so well.

As far as adjectives go, “corrupt” seems fair; I’d add “shameless” and even “impeachable”—though you wouldn’t find another GOP senator besides Romney willing to convict. Still, “unprecedented” goes a little far. Trump is hardly the only president in living memory to issue a self‐​dealing pardon or even repay silence with clemency.

But don’t count “45” out yet; he still has at least six months left in his presidency. And Trump may yet have the chance to boldly go where no president has gone before: after all, “even Mr. Nixon” didn’t try to pardon himself.

The hyperbolic Trump provokes hyperbole in his critics as well, which is why so many are quick to pronounce each new outrage “worse than Nixon.” But more than once, Nixon used his “benign prerogative” in ways that make the Stone commutation look tame.

In April 1971, Nixon used his clemency powers to make life easier for one of the worst war criminals in American history, Lt. William Calley of My Lai Massacre fame. While Calley was appealing his conviction for murdering at least 22 Vietnamese civilians, the 37th president ordered him released from military prison to house arrest in “the splendiferous bachelor pad he had rented with the proceeds of his defense fund, as featured in the November 1970 Esquire, complete with padded bar, groovy paintings, and comely girlfriend,” historian Rick Perlstein recounts. 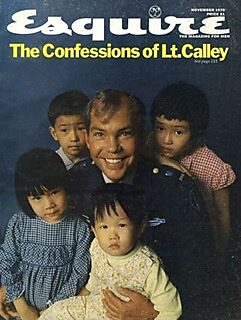 There’s also some evidence that later that year, Nixon took a million dollars in cash to let Teamsters’ leader Jimmy Hoffa out of prison. It’s long been suspected that some sort of corrupt bargain motivated Nixon’s decision to commute Hoffa’s jury‐​tampering sentence. Last year, in his fascinating 2019 book, In Hoffa’s Shadow, Harvard Law professor Jack Goldsmith identified the possible bagman. Chuckie O’Brien, Hoffa’s loyal lieutenant and—in a stranger‐​than‐​fiction turn, Professor Goldsmith’s stepfather—claims that he personally delivered the payoff, a briefcase full of cash, to a Nixon associate at a Capitol Hill hotel: “The deal was one million dollars and he comes home.” (See our Cato book forum for more.)

It’s also Goldsmith, along with Lawfare’s Matthew Gluck, who provides the most comprehensive and damning look at Trump’s use of the pardon power. In a recent post, Goldsmith and Gluck analyze each of Trump’s 36 pardons/​commutations in terms of four criteria:

Those last two items—did the president get this idea from TV and/​or did a famous person bend his ear?—are revealing all by themselves. It’s hard to imagine either being a major benchmark in any evaluation of past presidents’ pardon records, but, as they say, here we are. (Odder still, it’s “Trump’s admiration for celebrity” that spurred one of his few unambiguously praiseworthy pardons. It was fellow reality star Kim Kardashian West who convinced the president to free Alice Marie Johnson, a 63‐​year‐​old woman serving life for a nonviolent drug offense.)

Ordinarily, clemency requests are supposed to go through the Office of the Pardon Attorney, whose mission is to sort through clemency requests and “provid[e] him with the best information available on which to base a fair and just decision.” When a president does an end‐​run around that process, it’s usually a tell that there’s something dodgy going on: see, e.g., Bill Clinton’s last‐​minute pardon of Marc Rich, a federal fugitive who’d arranged for massive donations to the Clinton library fund. But no prior president has done that nearly as often as Donald Trump: as Goldsmith and Gluck note, the vast majority of Trump’s clemency orders—31 of 36–have been carried out without input from the Office. Is DOJ’s pardon attorney supposed to be part of the “deep state” too?

Though by itself the Stone commutation is hardly “unprecedented,” in his three and a half years in office, Trump has amassed an overall record of shabbiness and self‐​dealing that ranks him among the worst abusers of the pardon power. And he may be poised to go where “even Nixon” never dared.

In the summer of 1974, the 37th president blustered about “put[ting] the special prosecutor out of business by leaving nothing unpardoned.” RMN even briefly contemplated what no president before or since has dared: a self‐​pardon.

In the end, he backed off. Even at his lowest point—frequently drunk, possibly suicidal—Nixon had enough wits about him to know that trying to pardon himself was a nutty idea. The man worried about history’s judgment and had a vestigial sense of shame, which is why the final days nearly killed him.

Our 45th president seems largely unburdened with those particular hang ups. Where other presidents have tended to issue their corrupt pardons during their lame‐​duck periods, Trump’s use of the power has been largely unrestrained all along. Imagine what he’ll do when he doesn’t have to worry about reelection.

And, after all, Trump has bragged about his “absolute right to PARDON myself.” If he loses in November, he may think he has nothing to lose—and a lot to gain— by giving it a shot.