“The sense of responsibility is always strongest, in proportion as it is undivided,” Hamilton argued in Federalist 74; for that reason, the broad constitutional power to pardon was best vested in “a single man,” the president, who could be expected to wield it with “scrupulousness and caution.” Things aren’t exactly working out according to plan so far in the Trump presidency.


Trump’s first presidential pardon, accomplished with an end‐​run around his own Justice Department, went to former Maricopa County, AZ sheriff Joe Arpaio, an unrepentant, serial abuser of power. If, as Hamilton suggested, “humanity and good policy” are the ends the pardon power is supposed to serve, its exercise in this case served neither. 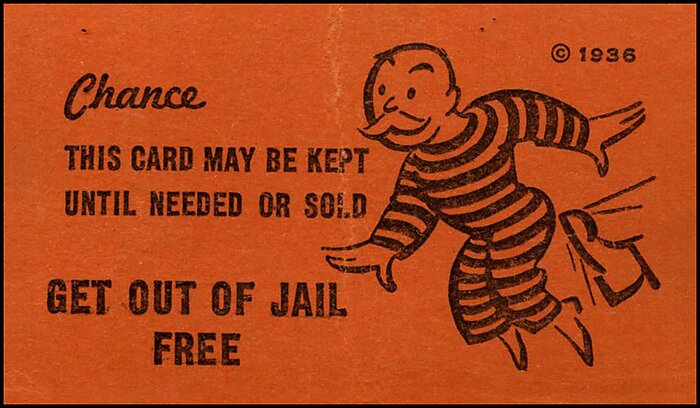 “All agree the U. S. President has the complete power to pardon,” Trump tweeted in July. Subject to a few caveats (has to be a federal offense, no pardons for future acts, doesn’t apply “in Cases of Impeachment”), “complete power” is pretty close to the truth. The legal scholar Sanford Levinson has called the pardon power “Perhaps the most truly monarchical aspect of the presidency.”


The Framers were aware that so broad a prerogative might be abused, and delegates to the Constitutional Convention and Ratification debates repeatedly identified impeachment as the essential check. At the Philadelphia Convention, when Edmund Randolph moved to remove “cases of treason” from the power’s scope, James Wilson retorted that “Pardon is necessary for cases of treason, and is best placed in the hands of the Executive. If he be himself a party to the guilt he can be impeached and prosecuted.” At the Pennsylvania ratifying convention later that year, one delegate addressed the objection that the president could pardon treasonous coconspirators by noting that “the President of the United States may be impeached before the Senate, and punished for his crimes.”

In Virginia, another observed that because “the President himself is personally amenable for his mal‐​administration, the power of impeachment must be a sufficient check on the President’s power of pardoning before conviction.” And when George Mason warned that the president “may frequently pardon crimes which were advised by himself,” James Madison replied that

“There is one security in this case to which gentlemen may not have adverted: if the President be connected, in any suspicious manner, with any person, and there be grounds to believe he will shelter him, the House of Representatives can impeach him; [and] they can remove him if found guilty.”

Still, no president has ever been impeached for misusing the power. Only one ever came anywhere close. In the House of Representatives’ first, failed attempt to impeach President Andrew Johnson, in 1867, one of the charges specified that Johnson had “abused the pardoning power conferred on him by the Constitution, to the great detriment of the public, in releasing… the most active and formidable of the leaders of the rebellion.” The resolution failed 108–57—Johnson wouldn’t be impeached until the following year, after he defied the Tenure of Office Act by firing Secretary of War Edwin Stanton.


It’s not that the clemency power hasn’t been abused: in his book on the subject, American University’s Jeffrey Crouch notes an increasing trend toward self‐​interested pardons that shield presidents from legal trouble, or carry political and financial gain. But “each of these clemency decisions was made by a president protected from electoral consequences,” late in his second term.


Trump has already broken that pattern, consequences be damned. As Cato adjunct scholar Josh Blackman notes, the Arpaio pardon “came less than eight months into this presidency, and it went to a sheriff who consistently flouted court orders. This is the beginning, not the end.” Indeed, the Washington Post reported in July that, under pressure of the special counsel’s Russia investigation, Trump had “asked his advisers about his power to pardon aides, family members and even himself.” Trump denounced the report as “FAKE NEWS,” but special counsel Robert Mueller appears to believe it’s a live possibility, judging by his recent maneuvers.


Standing alone, the Arpaio pardon could likely never muster the majority necessary to sustain an impeachment. But it may not stand alone. And, as the Nixon‐​era House Judiciary Committee staff argued in its comprehensive report on the “Constitutional Grounds for Presidential Impeachment,” “the cause for the removal of a President may be based on his entire course of conduct in office.”