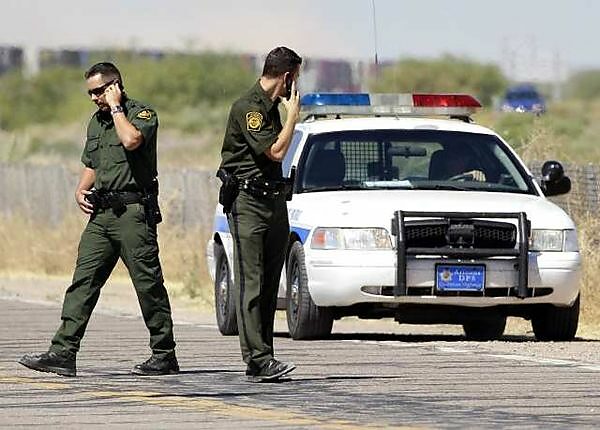 Last Friday, President Trump issued a misguided executive order affecting migration from seven majority‐​Muslim countries. In December 2015 Trump called for a “total and complete shutdown of Muslims entering the United States,” until (as his fans never tire of pointing out) elected officials “can figure out what is going on.” News from last week confirms that Trump’s rhetoric related to Muslims was not just campaign bombast; it was a serious policy proposal. Another immigration proposal touted during the campaign was also codified into policy by executive order last week, with Trump directing the Department of Homeland Security (DHS) to expand an interior immigration enforcement program that will grow the federal government’s role in state and local law policing while harming police departments’ relationships with the communities they are tasked to serve.


Under §287(g) of the Immigration and Nationality Act, local and state police departments can enter into agreements with Immigration and Customs Enforcement (ICE) to enforce federal immigration laws. Thirty‐​four law enforcement agencies in 16 states are now taking part in the 287(g) program. Up until 2013 this program included “task force” agreements, which allowed participating officers to arrest suspected immigration law violators in the field, and “jail enforcement” agreements. Under “jail enforcement” agreements officers at state and local correctional facilities can seek to identify aliens via interviews and checking their biographic details against DHS databases.


Currently, only jail enforcement agreements are in place. The Obama administration abandoned the “task force” agreements at the end of 2012 amid worries about their negative effect on police‐​community relationships and accusations of racial profiling.


Trump said that he would “expand and revitalize” 287(g) during a speech last August. An executive order signed last week makes it clear that the Trump administration is serious about such a revitalization and expansion, including a reinstatement of “task force” agreements.

Section 8(b) of the executive order in question reads (emphasis mine):

Sec. 8. Federal‐​State Agreements. It is the policy of the executive branch to empower State and local law enforcement agencies across the country to perform the functions of an immigration officer in the interior of the United States to the maximum extent permitted by law.


(b) To the extent permitted by law and with the consent of State or local officials, as appropriate, the Secretary shall take appropriate action, through agreements under section 287(g) of the INA, or otherwise, to authorize State and local law enforcement officials, as the Secretary determines are qualified and appropriate, to perform the functions of immigration officers in relation to the investigation, apprehension, or detention of aliens in the United States under the direction and the supervision of the Secretary. Such authorization shall be in addition to, rather than in place of, Federal performance of these duties.

Under jail enforcement agreements 287(g) was reserved for custodial situations (excluding the field). The executive order allows DHS to authorize state and local police departments to “perform the functions of immigration officers” not only for the detention of aliens but also their apprehension. This is a sad return to agreements that pose threats to federalism and social cohesion.


As was noted in a November 2012 American Immigration Council (AIC) study, “287(g) agreements have resulted in widespread racial profiling.” A Department of Justice (DOJ) investigation found that Maricopa County (Arizona) Sheriff’s Office, which took part in the 287(g) program, had “poisoned the relationship between law enforcement and Latinos, hindering general law enforcement efforts within the Latino community.”


The same AIC study cites a DOJ investigation into Alamance County (N.C.) Sheriff’s Office and an ACLU study of Gwinnet County, Georgia, both of which highlight racial profiling.


The International Association of Chiefs of Police has stated, “local police agencies depend on the cooperation of immigrants, legal and illegal, in solving all sorts of crimes and in the maintenance of public order. Without assurances that they will not be subject to an immigration investigation and possible deportation, many immigrants with critical information would not come forward, even when heinous crimes are committed against them or their families.”


A 2009 Police Foundation paper also mentioned the negative effect 287(g) had on police‐​community relations: “[Police executives] were concerned that public safety would suffer because of destroyed trust and cooperation with immigrant communities. Participation in the 287(g) program, or at least the media coverage and fear generated by it, would undermine years of community‐​policing efforts, which in turn would compromise public safety,” adding that “the costs of the 287(g) program outweigh the benefits.”


The problems associated with using local police to enforce federal law was expressed bluntly by New Orleans mayor Mitch Landrieu, who shortly after the executive order was signed issued a statement saying in part, “the NOPD will not be coerced into joining Trump’s deportation army via the 287(g) program. Doing so would require the NOPD to pull officers focused on fighting crime off the street.”


It has been a little more than a week since Donald Trump took the Oath of Office. In that short time, he has demonstrated that he intends to convert his campaign rhetoric into policy. When it comes to 287(g) this will result in worsened police‐​community relations, a growth in federal government power, and local and state police officers siphoning resources towards immigration enforcement, all of which should be avoided.