Trump Advisers Are All Wrong about South Korea Trade Deal

The Wall Street Journal reports: “Mr. Trump’s nominee for U.S. Trade Representative singled out Mexico and South Korea during his Senate confirmation hearing as sparking American trade deficits. ‘In some cases, the rules don’t seem to be working as well as others,’ Robert Lighthizer said. Critics say the deal has led to a flood of South Korean cars, auto parts, memory chips, motors and pumps into the U.S., weighing on American competitors and jobs. A U.S. Trade Representative report this month said the pact. . . doubled the U.S. trade deficit in goods with South Korea.”

National Trade Council boss Peter Navarro has likewise claimed “We lost 100,000 jobs because of that South Korean deal. Our trade deficit has doubled, and, more importantly, 75 percent of the damage that has been caused by that deal has been to the auto industry itself, which, of course, is based in Michigan.”

KORUS could not possibly have “led to a flood of South Korean. . . memory chips, motors and pumps into the U.S.” because memory chips were already duty-free before that FTA, and so were motors (HS code 8501) and pumps (8413).

What has been most changed about the auto industry since KORUS is that South Korea exported a sizable share of its auto industry to the United States, displacing previous Korean imports and adding to U.S. auto exports. More than half the Hyundais sold in the U.S. are now assembled in Alabama, and more than 40% of Kias in Georgia (contrary to Peter Navarro,  82.5% of U.S. auto industry jobs are not in Michigan). The Hyundai Santa Fe and Kia Sorento have 67% domestic content. Hyundai has invested $2.8 billion in the U.S. and plans to add $3.1 billion more. 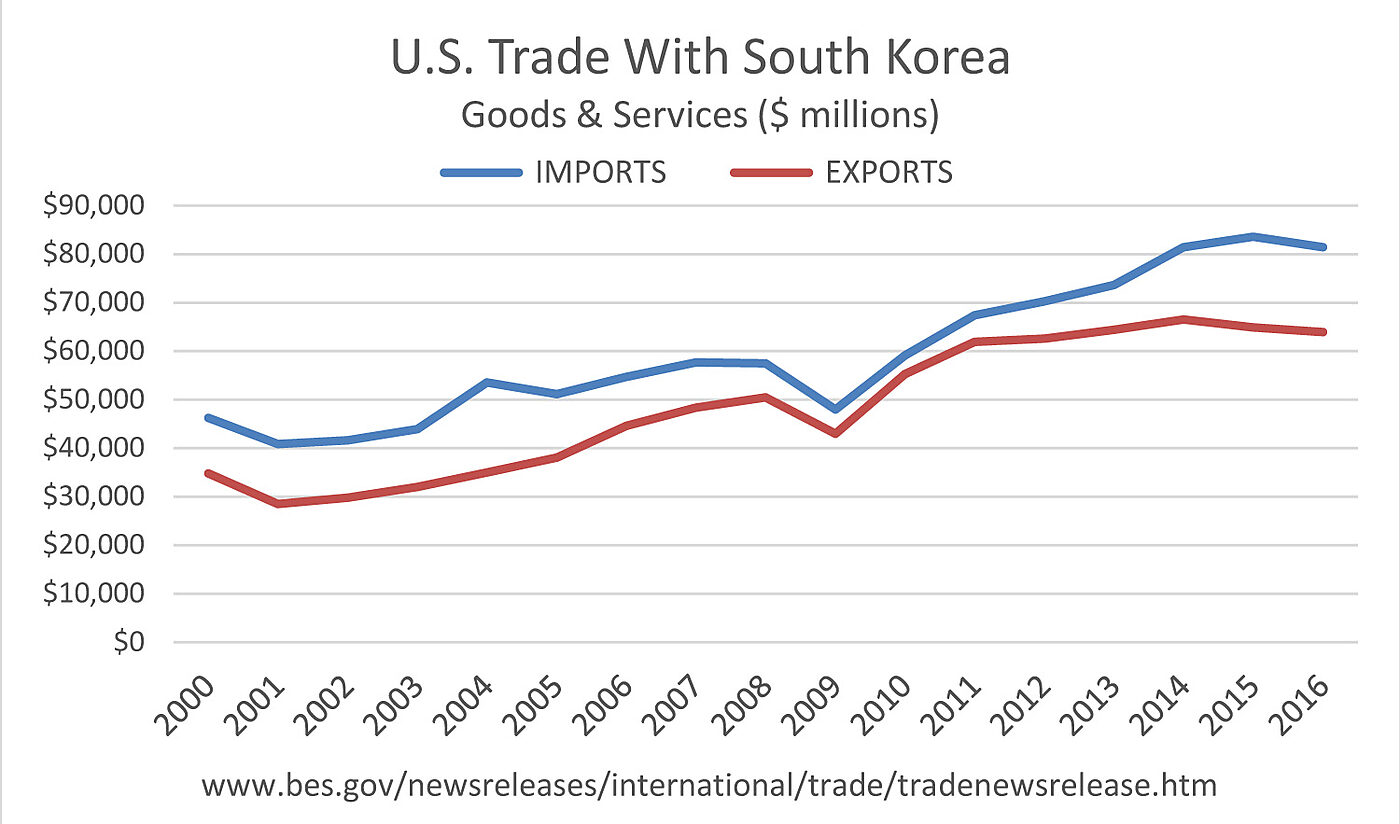 KORUS could not possibly have had anything to do with the 2014-2016 drop in Korean imports from the U.S. because that agreement lowered rather than raised Korean tariffs.

The Trump Administration’s top trade advisers are entirely wrong about what happened when with respect to trade between the U.S. and South Korea.  KORUS had no effect at all on U.S. imports of auto, chips, motors or pumps between 2009 and 2015, because the U.S. auto tariff was unchanged until 2016 (when overall U.S. imports fell) and most other industrial products were already tariff-free before KORUS.