Manufacturing GDP and the Trade Deficit Rise and Fall Together

As The Wall Street Journal notes, “Mr. Trump and his advisers see the U.S. goods trade deficit as an indicator of U.S. economic weakness.” 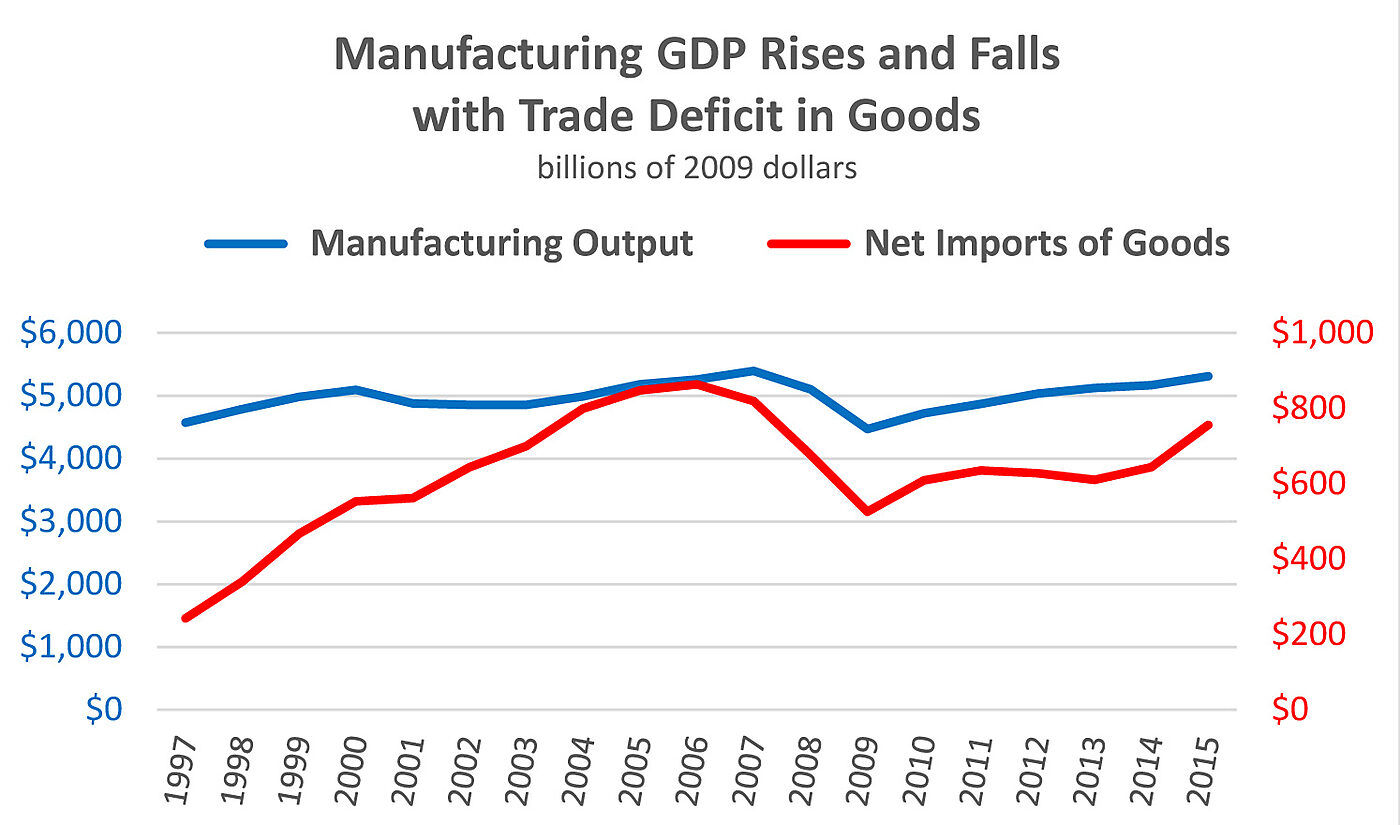 Yes, they do. But why? As the graph clearly shows, the real gross output of U.S. manufacturing rises when the goods trade deficit (both measured in 2009 dollars) is also rising. When trade deficits fall, so does U.S. manufacturing. Sinking industries need fewer imported parts and materials, and their unemployed workers can’t afford imports.


Measured in 2009 dollars, the goods trade deficit fell from $863.4 billion in 2006 to $525.2 billion in 2009. Peter Navarro, the President’s liberal protectionist trade adviser, would apparently call that good news. The rest of us called it The Great Recession.