Terrorism News and the 9/11 Anniversary Effect

Terrorism, I have argued previously, has hijacked much of the American foreign policy debate. Regardless of whether we are discussing Iraq, Iran, Libya, Russia, or nuclear weapons, it seems we are really talking about terrorism. But although it feels like we talk about terrorism nonstop these days, we actually talk about it a lot less than we did right after 9/11.

As Figure One shows, the news media’s attention to terrorism declined steadily through 2012. The Syrian civil war and then the emergence of the Islamic State reversed the trend. But even so there were almost 40% fewer news stories mentioning the words "terror" or "terrorism" in 2015 compared to the peak in 2002. 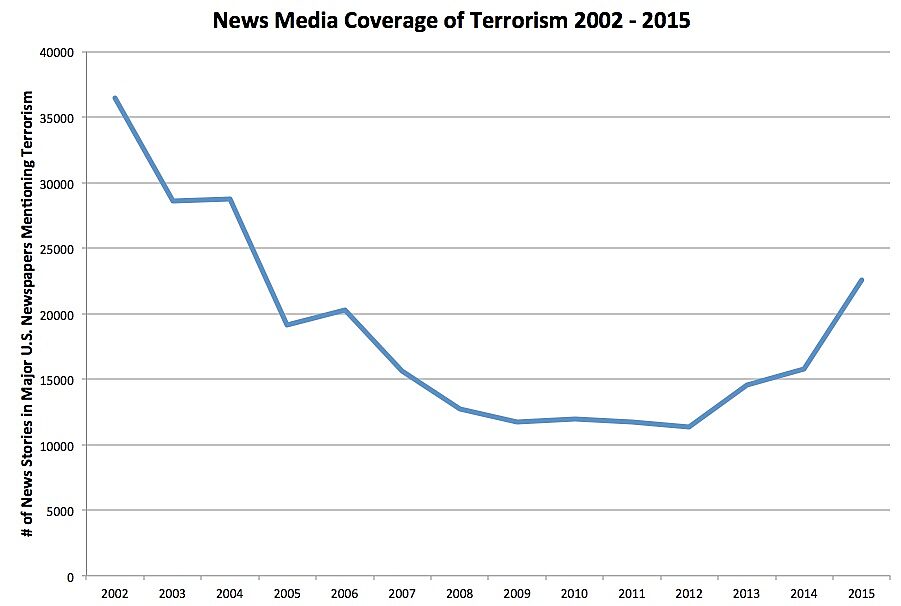 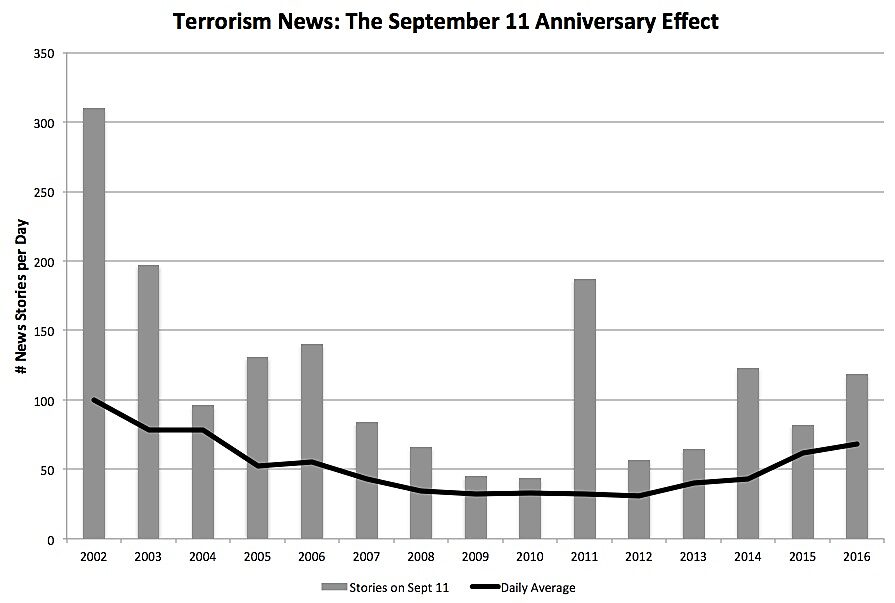 The shrinking anniversary attention effect suggests that the resonance of 9/11 may be waning as the attacks recede into history. Of course, we should not be too hasty to conclude that public fears of terrorism are also fading. As John Mueller has written here (and in greater detail here), Americans have harbored a healthy level of fear of future terrorist attacks ever since 9/11. But given how hyperbolic and utterly divorced from reality much of the terrorism rhetoric has been this election cycle, we can only hope that 9/11 is beginning to lose some of its symbolic power. Though it is important to honor friends and family we have lost to terrorism, we cannot let emotion dictate foreign policy.