The Supreme Court and the California Prison System 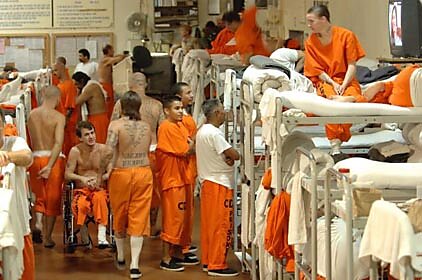 This morning the Supreme Court issued a remarkable ruling [pdf] concerning California’s prison system. Because of years of pervasive overcrowding, there have been systemic violations of the Constitution’s ban on Cruel and Unusual Punishments. To remedy those violations, the Court affirmed a lower court order to reduce the prison population. I was not surprised to learn that Justice Anthony Kennedy authored the majority opinion in this case, Brown v. Plata. In a 2003 speech to the American Bar Association (reprinted in my book In the Name of Justice), Kennedy tried to raise more awareness about America’s prison system. He made the point that every citizen ought to take an interest in the prison system–it is not just the realm of correctional personnel. Here’s an excerpt from Kennedy’s speech:

The subject [of prisons] is the concern and responsibility of every member of [the legal] profession and of every citizen. This is your justice system; these are your prisons. … [W]e should know what happens after the prisoner is taken away. To be sure, the prisoner has violated the social contract; to be sure he must be punished to vindicate the law, to acknowledge the suffering of the victim, and to deter future crimes. Still, the prisoner is a person; still, he or she is part of the family of humankind.


Were we to enter the hidden world of punishment, we should be startled by what we see. Consider its remarkable scale. The nationwide inmate population today is about 2.1 million people. In California … this state alone keeps over 160,000 persons behind bars. In countries such as England, Italy, France, and Germany, the incarceration rate is about 1 in 1,000 persons. In the United States it is about 1 in 143.

The numbers are only the beginning of the story. Do not assume that the government has the facilities to house the prisoners that are sentenced. California is housing far beyond the design capacity of its prisons–double. That is, it has designed a system for 80,000 but has stuffed 160,000 into the buildings. The sheer number of inmates has overwhelmed the facilities and staff. Kennedy’s opinion details the abysmal conditions, but I will mention a few:

A corrections official from Texas toured California’s facilities and he testified that he has been in the field 35 years and was just appalled. He’d “seen nothing like it.”


Four conservative justices–Scalia, Thomas, Roberts and Alito–dissented from the ruling. Scalia said the outcome was “absurd” — “perhaps the most radical injunction issued by a court in our Nation’s history.” Justice Alito said the Constitution “imposes an important–but limited–restraint on state authority in [the prison] field. The Eighth Amendment prohibits prison officials from depriving inmates of ‘the minimal civilized measure of life’s necessities.’ ” The conservatives concede, as they must, that the California prison system is really bad, but they argue that it is not yet so awful so as to warrant judicial intervention and a population reduction order. Kennedy and the liberals in the majority (Breyer, Ginsburg, Sotomayor, and Kagan) make a persuasive case that California’s elected officials have had ample opportunity to address the systemic problems, but have let them fester year after year.