As you’ve no doubt heard by now, on Tuesday, Michael Cohen, President Trump’s erstwhile “fixer,” pled guilty to, among other charges, making an illegal campaign contribution in the form of a $130,000 “hush money” payment to adult film star Stormy Daniels. That payment was made, Cohen affirmed, “at the direction of a candidate for federal office”—Donald J. Trump—“for the principal purpose of influencing the election.”


If that’s true, would Trump’s participation in that scheme rise to the level of “high Crimes and Misdemeanors”? Maybe: you can argue it both ways, so I will.


The case against the Stormy payoff as impeachable offense would characterize it as the sort of de minimis legal violation impeachment isn’t concerned with. Just as you don’t need a crime to have an impeachable o 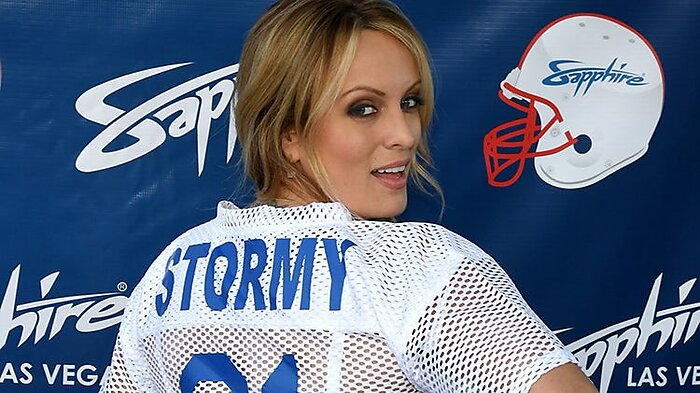 ffense, the commission of a crime doesn’t automatically provide grounds for impeachment. Murder is a crime and an impeachable offense—even according to Rudy Giuliani—but you wouldn’t impeach a president for, say, importing crocodile feet in opaque containers or misappropriating the likeness of “Smokey Bear,” because those offenses don’t speak to his fitness for high office.


Impeachment opponents can argue that the criminal offense alleged here depends on a contested application of the Federal Election Campaign Act. In the 2012 prosecution of John Edwards, three former FEC commissioners testified that third‐​party payments to Edwards’ pregnant mistress would not have been considered campaign contributions.


The president’s defenders can also—though this may be awkward for some—compare Trump’s troubles to Bill Clinton’s two decades ago: unlawful acts committed as part of a scheme to conceal a private sexual affair. Though many of them sang a different tune in the ‘90s, they can appeal to the dominant historical consensus that impeaching Clinton for that was like wheeling out the proverbial hundred‐​ton gun to blast a squirrel.


The case that the Stormy payoff is an impeachable offense depends on a different, but equally plausible framing. In Trump’s case, the unlawful act quite plausibly affected the outcome of the 2016 election. Cohen made the payment less than two weeks before Election Day, in what turned out to be an extraordinarily close contest. As Laurence Tribe and Joshua Matz note, the Framers repeatedly identified “corrupt acquisition of the presidency as a paradigm case for impeachment.” One of the Framers’ key concerns was the possibility of a candidate bribing the Electors—an imperfect analogy to what’s alleged in Trump’s case. But impeachment advocates might also point to our most recent impeachment case: Judge G. Thomas Porteous, removed by the Senate in 2010, in part for corrupt acquisition of his post. Article IV of the Porteous impeachment charged the judge with lying to the Senate about his past in order to secure confirmation to the federal bench, thus “depriv[ing] the United States Senate and the public of information that would have had a material impact on his confirmation.”


Jerry Ford went too far when he said that an impeachable offense is “whatever a majority of the House considers it to be at a given moment in history.” Still, the scope of the impeachment power is much broader than is commonly recognized. It covers what Hamilton described as “those offenses which proceed from the misconduct of public men, or, in other words, from the abuse or violation of some public trust.” As the legal scholar Frank Bowman sums up: “‘high crimes and misdemeanors’ are serious offenses that either endanger the political order or demonstrate an official’s manifest unfitness to continue in office.” That leaves ample room for argument and interpretation. Moreover, while legal analysis may be able to tell you when impeachment is permissible in a given case, it can’t tell you whether it’s a good idea.


The fact that Michael Cohen has potentially implicated Donald Trump in a felony violation of federal election law has increased the president’s chances of facing a serious impeachment effort after November. But if impeachment is about guarding the public from officials dangerously unfit to wield power, “broke the law to pay off a mistress” has to be pretty far down the list behind, say, “makes off the cuff threats of nuclear annihilation.” That any impeachment inquiry will likely spend more time parsing the intricacies of federal election law than examining the president’s public conduct is yet another reason to rue the “Overcriminalization of Impeachment.”