The Overcriminalization of Impeachment 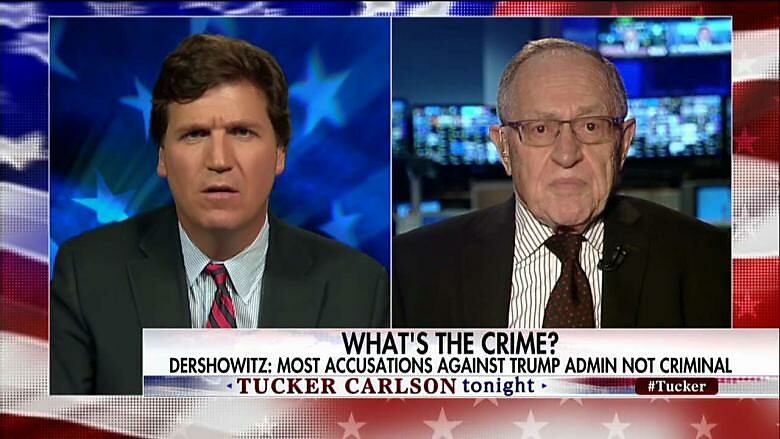 Trying to tamp down impeachment talk earlier this year, House minority leader Nancy Pelosi (D-CA) insisted that President Donald Trump’s erratic behavior didn’t justify that remedy: “When and if he breaks the law, that is when something like that would come up.”


Normally, there isn’t much that Pelosi and Tea Party populist Rep. Dave Brat (R-VA) agree on, but they’re on the same page here. In a recent appearance on Trump’s favorite morning show, “Fox & Friends,” Brat hammered Democrats calling for the president’s impeachment: “there’s no statute that’s been violated,” Brat kept insisting: They cannot name the statute!”


Actually, they did: it’s “Obstruction of Justice, as defined in 18 U.S.C. § 1512 (b)(3),” according to Rep. Brad Sherman (D-CA) who introduced an article of impeachment against Trump on July 12. Did Trump break that law when he fired FBI director James Comey over “this Russia thing”? Maybe; maybe not. But even if “no reasonable prosecutor” would bring a charge of obstruction on the available evidence, that wouldn’t mean impeachment is off‐​limits. Impeachable offenses aren’t limited to crimes.

That’s a settled point among constitutional scholars: even those, like Cass Sunstein, who take a restrictive view of the scope of “high Crimes and Misdemeanors” recognize that “an impeachable offense, to qualify as such, need not be a crime.” University of North Carolina law professor Michael Gerhardt sums up the academic consensus: “The major disagreement is not over whether impeachable offenses should be strictly limited to indictable crimes, but rather over the range of nonindictable offenses on which an impeachment may be based.”

In some ways, popular confusion on this point is understandable. Impeachment’s structure echoes criminal procedure: “indictment” in the House, trial in the Senate—and the constitutional text, to modern ears, sounds something like “grave felonies, and maybe lesser criminal offenses too.”

But “high crimes and misdemeanors,” a term of art in British impeachment proceedings for four centuries before the Framers adopted it, was understood to reach a wide range of offenses that, whether or not criminal in nature, indicated behavior incompatible with the nature of the office. For James Madison, impeachment was the “indispensable” remedy for “Incapacity, negligence, or perfidy” on the part of the president—categories of conduct dangerous to the republic, only some of which will also constitute crimes.

The criminal law is designed to punish and deter, but those goals are secondary to impeachment, which aims at removing federal officers unfit for continued service. And where the criminal law deprives the convicted party of liberty, the constitutional penalties for impeachable offenses “shall not extend further than to removal from Office,” and possible disqualification from future officeholding. As Justice Joseph Story explained, the remedy “is not so much designed to punish an offender, as to secure the state against gross official misdemeanors. It touches neither his person, nor his property; but simply divests him of his political capacity.”

No doubt being ejected from a position of power on the grounds that you’re no longer worthy of the public’s trust can feel like a punishment. But the mere fact that removal is stigmatizing doesn’t suggest that criminal law standards apply. Raoul Berger once illustrated that point with an analogy Donald Trump would probably find insulting: “to the extent that impeachment retains a residual punitive aura, it may be compared to deportation, which is attended by very painful consequences, but which, the Supreme Court held, ‘is not a punishment for a crime.’”

Had the Framers restricted impeachment to statutory offenses, they’d have rendered the power a “nullity” from the start. In the early Republic, there were very few federal crimes, and certainly not enough to cover the range of misdeeds that would rightly disqualify public officials from continued service.

Criminality wasn’t an issue in the first impeachment to result in the removal of a federal officer: the 1804 case of district court judge John Pickering. Pickering’s offense was showing up to work drunk and ranting like a maniac in court. He’d committed no crime; instead, he’d revealed himself to be a man “of loose morals and intemperate habits,” guilty of “high misdemeanors, disgraceful to his own character as a judge.”

As Justice Story noted in 1833, in the impeachment cases since ratification, “no one of the charges has rested upon any statutable misdemeanours.” In fact, over our entire constitutional history, fewer than a third of the impeachments approved by the House “have specifically invoked a criminal statute.” What’s been far more common, according to a comprehensive report by the Nixon‐​era House Judiciary Committee, are “allegations that the officer has violated his duties or his oath or seriously undermined public confidence in his ability to perform his official functions.”

The president’s violation of a particular criminal statute can serve as evidence of unfitness, but not all such violations do. That’s obvious when one considers the enormous growth of the federal criminal code in recent decades. Overcriminalization may have reached the point where Donald Trump, like everyone else, is potentially guilty of “Three Felonies a Day,” but even in Lawrence Tribe’s wildest imaginings, that wouldn’t translate to three impeachable offenses daily. If Trump were to import crocodile feet in opaque containers, fill an (expansively defined) wetland on one of his golf courses, or misappropriate the likeness of “Smokey Bear,” he’d have broken the law, but would not have committed an impeachable offense.

It’s also easy enough to imagine a president behaving in a fashion that violates no law, but nonetheless justifies his removal. To borrow an example from the legal scholar Charles Black, if the president proposed to do his job remotely so he could “move to Saudi Arabia [and] have four wives” (as well as his very own glowing orb), he couldn’t be prosecuted for it. Still, Black asks: “is it possible that such gross and wanton neglect of duty could not be grounds for impeachment”?

A more plausible impeachment scenario presented itself recently, with reports that President Trump had “asked his advisers about his power to pardon aides, family members and even himself” in connection with the special counsel’s Russia investigation. The president’s power to self‐​pardon is an open question, but his power to pardon others has few limits. There’s little doubt Trump could issue broad prospective pardons for Don Jr., Jared Kushner, Paul Manafort, Mike Flynn, and anyone else who might end up in the Mueller’s crosshairs—and it would be perfectly legal. It would also be impeachable, as James Madison suggested at the Virginia Ratifying Convention: “if the President be connected, in any suspicious manner, with any person, and there be grounds to believe he will shelter him, the House of Representatives can impeach him; [and he can be removed] if found guilty.”

Some years ago, I put together a collection of essays on the expansion of the criminal sanction into areas of American life where it doesn’t belong—published under the title, Go Directly to Jail: The Criminalization of Almost Everything. The idea that criminal law concepts had infected and weakened the constitutional remedy of impeachment wasn’t quite what I had in mind with that subtitle, but it seems to fit.

Congress has made the problem worse by outsourcing its investigative responsibilities to the executive branch. As Princeton’s Keith Whittington observes in a recent essay for the Niskanen Center, “relying so heavily on prosecutors to develop the underlying charges supporting impeachment has come at a high cost…it has created the widespread impression that the impeachment power can only appropriately be used when criminal offenses have been proven.”

It’s important to get this straight, because confusing impeachment with a criminal process can be harmful to our political health. It may lead us to stretch the criminal law to “get” the president or his associates, warping its future application to ordinary citizens. And it can leave the country saddled with a dangerously unfit president whose contempt for the rule of law is apparent, even if he hasn’t yet committed a crime.