Through Tammany Hall, the New York City Democratic political machine in the late 19th century, “Boss” William M. Tweed essentially controlled the city’s government and much of the state’s. Like most political leaders he never felt entirely secure, and he tried to bully his opponents, including journalists. He is famously reported to have been especially outraged by cartoonists such as Thomas Nast, and to have roared to his associates,

Let’s stop them damn pictures. I don’t care so much what the papers write about—my constituents can’t read—but damn it, they can see pictures.

It seems that Islamic extremists may feel the same way. Theo van Gogh was murdered after producing a film about Islam. The publication of cartoons about Muhammad in the Danish newspaper Jyllands‐​Posten generated much outrage and numerous death threats. And now we have the brutal murders of cartoonists and other journalists from the French newspaper Charlie Hebdo. At least Boss Tweed just used bribery and corrupt politics to ruin his enemies.


Walter Olson wrote eloquently in Time magazine yesterday about the Charlie Hebdo murders and the challenge they present to liberal society:

There is no middle ground, no soft compromise available to keep everyone happy–not after the murders at the satirical newspaper Charlie Hebdo. Either we resolve to defend the liberty of all who write, draw, type, and think–not just even when they deny the truth of a religion or poke fun at it, but especially then–or that liberty will endure only at the sufferance of fanatical Islamists in our midst. And this dark moment for the cause of intellectual freedom will be followed by many more.

Flemming Rose, the editor who commissioned the Jyllands‐​Posten cartoons, writes about threats to free speech in his book The Tyranny of Silence, published recently by the Cato Institute, and in various articles and interviews.


And herewith my favorite Thomas Nast cartoon, not primarily about Boss Tweed’s corruption, but about “Peace with a War Measure” — peace and liberty shackled by the income tax. 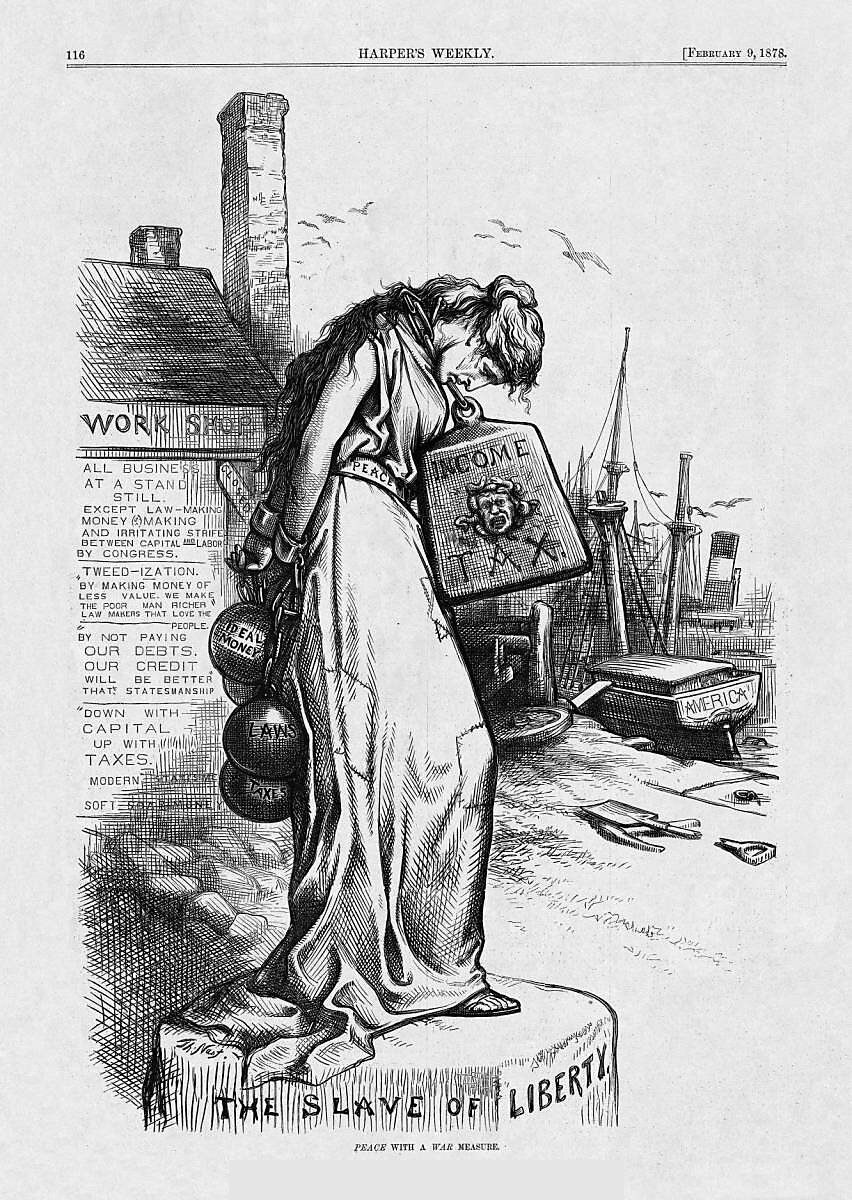