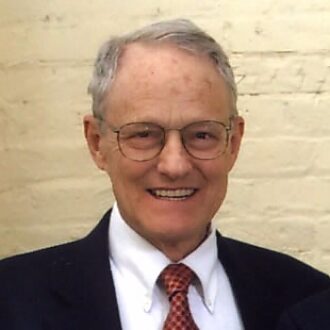 We at Cato are saddened by the passing, from Covid‐​19, of our good and long‐​time friend, Judge Stephen F. Williams of the U.S. Court of Appeals for the District of Columbia Circuit. Steve, as we all knew him, was a regular guest at Cato events, a frequent contributor to our programs, and a significant supporter of Cato. I first met Steve in November of 1990, in my early days at Cato, when he moderated a panel for our conference on “The Expanding Criminal Law.” More than a decade later, in 2002, he reprised that role at the Center for Constitutional Studies’ very first Constitution Day Symposium.

But Steve was more than a learned and engaging moderator. He lived the life of the mind, not simply as a distinguished judge but as an author in his own right, with books and scholarly articles on energy law, a subject on which he was a noted expert, and more broadly on Russian and Soviet affairs. In fact, we held a private luncheon for Steve and a group of Russian scholars to discuss his 2006 book, Liberal Reform in an Illiberal Regime: The Creation of Private Property in Russia, 1906–1915. And more recently, Steve served as a commentator for two Cato book forums, one in June 2014 to mark the publication of Professor Philip Hamburger’s new book, Is Administrative Law Unlawful? and another in October of 2016 when Steve commented on Timothy Sandefur’s new book, The Permission Society: How the Ruling Class Turns Our Freedoms into Privileges and What We Can Do about It.

Yet beyond his many contributions to Cato, we knew Steve for his intellectual curiosity, his humor and warm personality, and his love of liberty, to which he contributed so much over a long and distinguished life. May he rest in peace.