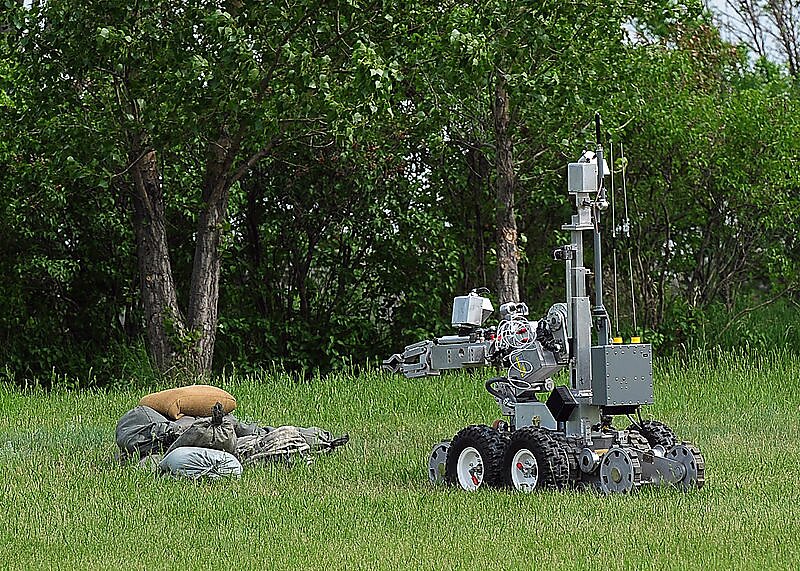 Last week police in Dallas used an explosive attached to a robot to kill a man suspected of killing five Dallas‐​area police officers and wounding eleven other people, including two non‐​officers. The detonation‐​by robot is widely believed to be the first killing of its kind in the history of American policing, and has prompted much discussion and debate. In the days since the Dallas shooting, questions have been raised concerning when police should be permitted to kill citizens and if lethal use‐​of‐​force policy should change depending on the tool police officers use the kill citizens. While it is tempting to view new technologies as devices worthy of a special set of rules, policymakers should consider regulations that make police‐​citizen interactions safer and less frequent rather than craft new use‐​of‐​force rules for robots.


For the purposes of this post, assume that what Dallas Police Chief David Brown said about the killing of the suspect is true. According to Brown, following hours of failed negotiation “[Dallas police] saw no other option but to use our bomb robot and place a device on its extension for it to detonate where the suspect was.” He also said, “Other options would have exposed our officers to grave danger.”


Given America’s federalist system, it is appropriate that there is no universal use‐​of‐​force policy guiding this country’s roughly 18,000 law enforcement agencies. Yet police officers are generally permitted to use force in order to make a suspect comply with a lawful order or arrest. Such force is deemed excessive when it goes beyond what is necessary, although there isn’t a nationwide consensus on what is deemed excessive. For instance, in some jurisdictions chokeholds are permitted while in others they’re banned.


Despite the diversity of American police departments, most use‐​of‐​force policies allow for a police officer to use deadly force if he reasonably believes that a suspect poses a threat of serious injury or death to the officer himself or others. The Dallas shooting suspect clearly fits into this category.


While the use of robots to kill suspects may prompt a sense of unease among some–evoking scenes from dystopian science fiction movies–there are few reasons to think that a robot should be treated differently from a handgun or sniper rifle under deadly use‐​of‐​force policy.

That, of course, doesn’t mean that we shouldn’t be wary of bomb robots being used needlessly and in a manner than poses significant risk of collateral damage. Not all cases are as clear cut as the Dallas standoff, during which the suspect was hiding behind a brick corner, threatening officers, and resistant to negotiations in the immediate aftermath of a massacre. It would be inappropriate for police to first reach for a bomb‐​throwing robot (or perhaps in the near future, a bomb‐​laden drone) every time a suspected armed suspect barricades himself in an empty house.


According to The Guardian’s “The Counted” project, 1,146 people were killed by American police or died in police custody last year. The Guardian’s data reveal that while the vast majority of people killed by police last year died as a result of gunshots, just over two dozen were killed after being struck by vehicles. Officers’ use of Tasers killed 50, and 45 died in custody. In The Guardian’s 2016 data set, the Dallas suspect’s cause of death is listed as “other.”


Police lethal and non‐​lethal options are going to change as technology advances. But regardless of technological advances, policymakers should limit police use of deadly force to the rare instances when their lives or the lives of others are put at imminent risk.


Many of the police killings that have received nationwide attention have involved victims who encountered officers after committing non‐​violent offenses that do not require face‐​to‐​face interaction. Samuel DuBose was pulled over for not having a front license plate. Philando Castile’s car had a broken taillight. Walter Scott’s brake light wasn’t working. As Conor Friedersdorf recently explained in The Atlantic, in an age of license plate readers, it’s not necessary for officers with guns on their hips to have a face‐​to‐​face interaction with a driver suspected of a minor traffic violation:

What I’m suggesting is a change in protocol: A police officer who sees a car with a broken taillight, or a malfunctioning blinker, should pull it over, park behind it, photograph the license plate, and issue a “fix it” ticket to the registered owner of the vehicle without ever approaching a window or interacting with anyone on the roadside.

Friedersdorf’s proposal does avoid some of the surveillance and reduced discretion concerns by specifically requiring officers to identify cars with broken taillights before using license plate reader technology.


In addition, police authorities can change the nature of the face‐​to‐​face interactions that are necessary. Community policing that takes officers out of cruisers and onto the streets while avoiding divisive policies such as “stop and frisk” could go a long way in improving police interactions with citizens. While community policing has not been definitely proven to be a crime panacea, New Haven Police Chief Dean Esserman, an advocate of such an approach, did see a reduction in crime after implementing community policing.


Policymakers should also look at “pretextual stops,” which involve officers using minor traffic violations as justification for stopping vehicles for the purpose of investigating activity (such as drug offenses) not related to the traffic violation. As my colleague Jonathan Blanks has pointed out, pretextual stops are unnecessarily antagonistic and may contribute to antipathy between the officer and a driver. That antipathy could lead the officer to unnecessarily escalate the situation and lead to the use of force.


Regrettably, when an officer pulls a driver over, it’s not uncommon for the officer to be wary of a possible violent or deadly interaction because he has been trained to be aware of potential dangers. Likewise, a driver may fear that the officer may escalate the situation and genuinely fear for his safety. This dynamic can raise tensions and stress levels that sometimes contribute to needless deadly use‐​of‐​force incidents. As Blanks suggests, police leadership should consider limiting the number of unnecessary and antagonistic police stops as part of a broader effort toward public safety.


It’s tempting to think that the wake of the killing of the Dallas shooting suspect that police leadership should also consider limits on technology as part of their public safety efforts. However, instead of dwelling on the use of new technologies–which were used properly here– policymakers should take this opportunity to reduce unnecessary use‐​of‐​force incidents generally.