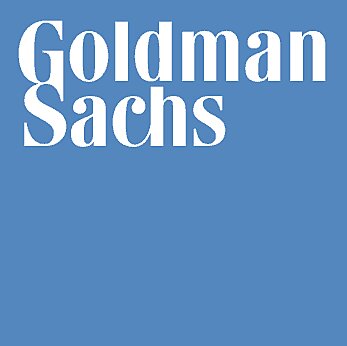 The Obama administration thinks it has discovered the perfect formula to cram legislation through in a hurry: Demonize some prominent firm within an industry you plan to redesign, and then pass a law that has nothing to do with the accusation against the demonized firm. They did this with health insurance and now they’re trying it with finance.


With health insurance, the demon was Anthem Blue Cross Blue Shield of California, which Obama accused of raising premiums by “anywhere from 35 to 39 percent.” Why didn’t some curious reporter interview a single person who actually paid 39% more, or quote from a letter announcing such an increase? Because it didn’t happen. Insurance premiums are regulated by the states, and California wouldn’t approve such a boost. Yet the media’s uncritical outrage over that 39% rumor helped to enact an intrusive, redistributive health bill that has nothing to do with health insurance premiums (which remain regulated by the states).


As Washington Post columnist Sebastian Mallaby explains, “This is a non‐​scandal. The securities in question, so‐​called synthetic collateralized debt obligations, cannot exist unless somebody is betting that they will lose value.” In such a zero‐​sum contest, big investors who went long knew perfectly well that other investors had to be taking the other side of the bet. Goldman lost $90 million by betting this CDO would go up; John Paulson went short.


Columnists have moralized about the unfairness of the short investor (Paulson) negotiating the terms of this deal with a long investor, ACA Management, which had the last word. This too, notes Mallaby, “is another non‐​scandal. An investor who wants to bet against a bundle of mortgages is entitled to suggest what should go into the bundle. The buyer is equally entitled to make counter‐​suggestions. As the SEC’s complaint states clearly, the lead buyer in this deal, a boutique called ACA that specialized in mortgage securities, did precisely that.”


Like the earlier fuming about Anthem California, this new SEC publicity stunt is likewise irrelevant to the pending legislation. Congress hopes to get standardized derivatives traded on an exchange. But synthetic collateralized debt obligations dealing with a customized bundle of securities could not possibly be traded on an exchange, and would therefore be untouched by reform.


Losses sustained by a few financial speculators on one exotic derivative had nothing to do with starting a global recession in December 2007 or the related financial crisis of September 2008. The core of the latter crisis was mortgage‐​backed securities per se, yet Goldman was only the 12th largest private MBS issuer in 2007. Fannie Mae and Freddie Mac were and are the biggest risk; any reform that excludes them is a fraud.


The SEC’s dubious civil suit against Goldman is a wasteful diversion at best. It has nothing to do with the Obama administration’s suicidal impulse to impose more tough regulations and taxes on banks to encourage them to lend more.


[Cross‐​posted at NRO’s The Corner]