The Cato 2019 Welfare, Work, and Wealth National Survey investigated who finds greater meaning and purpose in their lives. The survey found that Americans’ beliefs about hard work, responsibility, and agency may have something to do with it. Overall, 83% of Americans agree that:“I feel like I have purpose in my life; my life has meaning,” while 16% disagree. A little less than half (46%) “strongly agree” and 37% somewhat agree their lives have meaning.

Some types of people are more likely to say they have greater meaning and purpose in their lives.[1]People who: 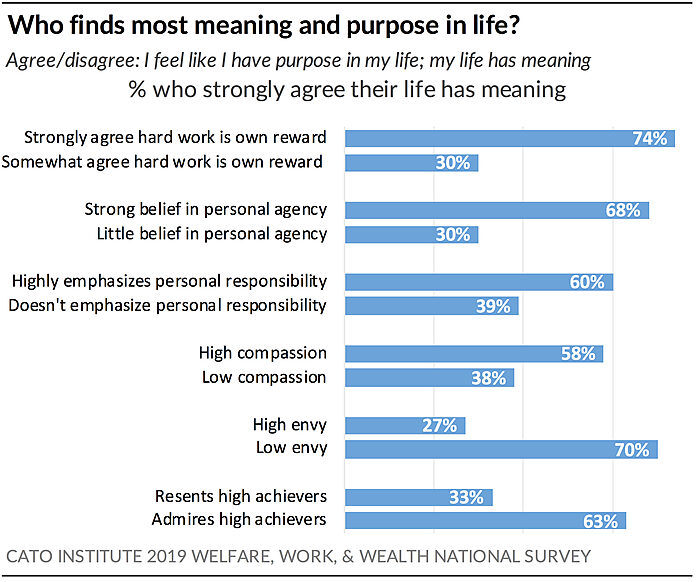 The aforementioned individuals are much more likely to find meaning and purpose in their lives compared to people who believe external forces direct their lives (30%), don’t emphasize personal responsibility (39%), aren’t very compassionate (38%), are envious (27%), and are resentful of successful people (33%).

These data paint a picture of the psychology of a person most likely to find meaning and purpose in their lives: those who highly value work and responsibility, emphasize what they can control rather than what they cannot, are compassionate, and resist the temptation to feel envy and resentment of others. 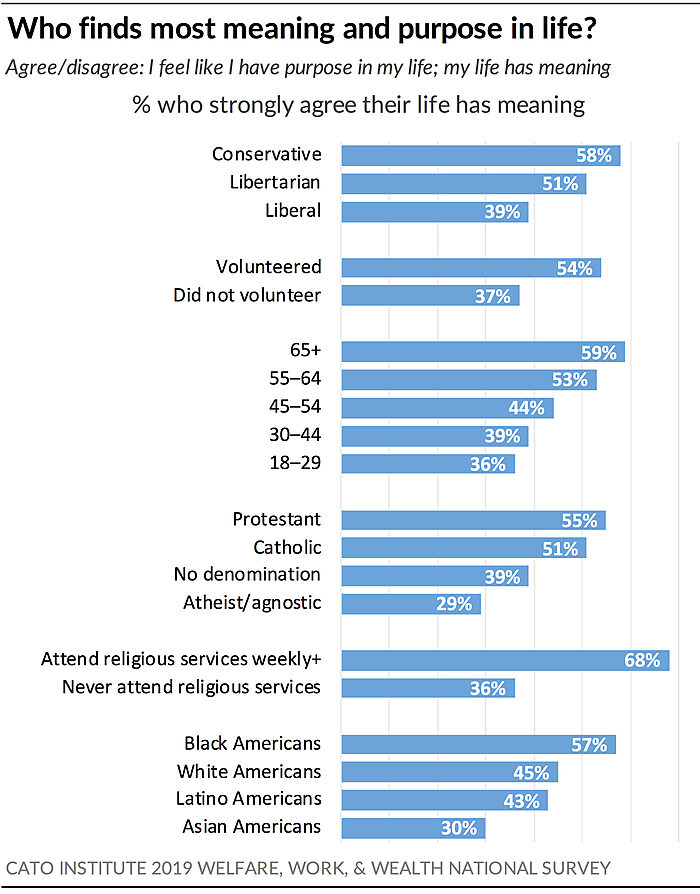 These data provide some indication that those who seek greater meaning and purpose in their lives may be more likely to find it through identifying inherent value in their work, taking on more responsibility, emphasizing the things they can control rather than what they cannot, and serving those around them. Furthermore, these data also suggest that those who let go of their envy and resentment of others may have greater ability to find their purpose. Some of the demographic differences indicate that people may also find meaning with age, family, and community. 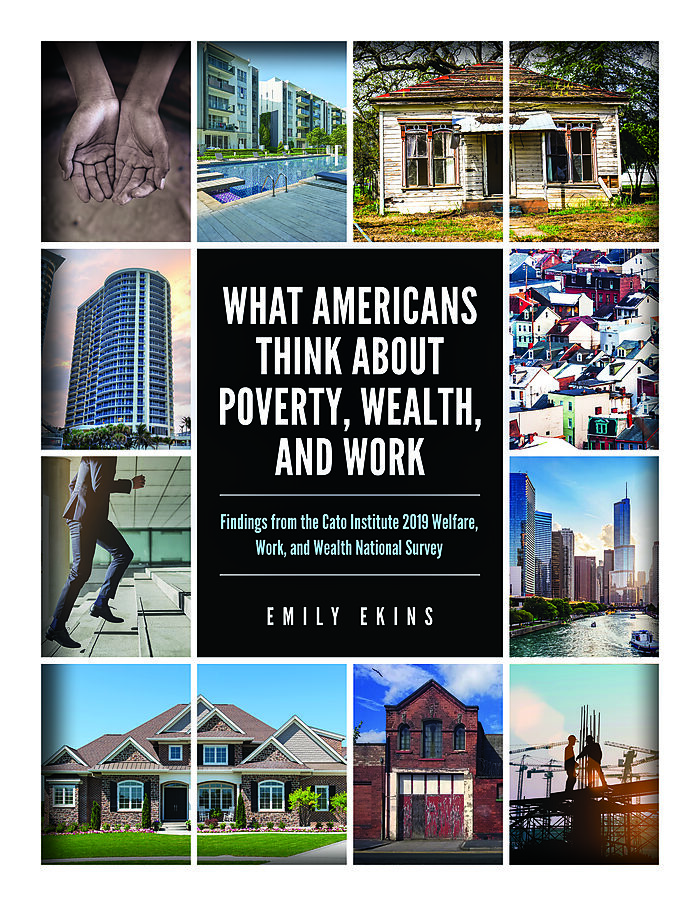 [1]The author compared how much meaning people feel in their lives among Americans who scored high versus those who scored low on a variety of psychological measures of envy, compassion, responsibility, and personal agency. More methodological information can be found here.