Later this month the Cato Institute will be releasing an in‐​depth report analyzing the results of the national Cato 2017 Financial Regulation Survey. The survey, conducted in collaboration with YouGov, asked 2,000 Americans what they think of Wall Street, the regulators who oversee Wall Street, the Federal Reserve, and what Americans think of their banks, credit cards issuers, and lenders, among many other important issues. Today we’re pre‐​releasing several of the survey findings. 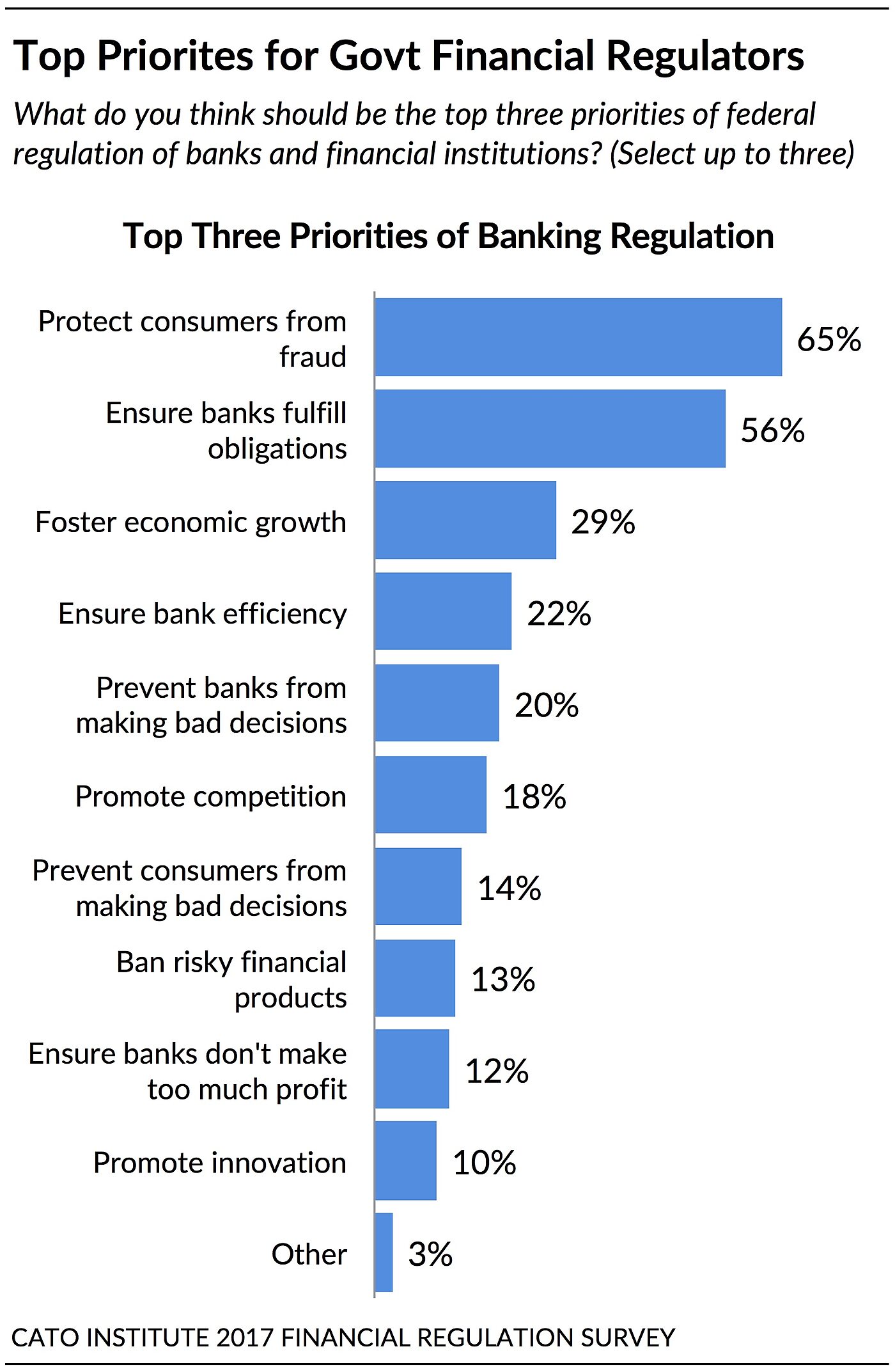 Americans generally agree about what the top two priorities for government financial regulators should be. First, protect consumers from fraud (65%) and second ensure banks and financial institutions fulfill obligations to account holders (56%). Even though respondents were asked to select their top three priorities for regulators, most agree on the first two. After that, Americans diverge on what should be financial regulators’ focus and if they should take on additional social initiatives.


Given that the 2008 financial crisis focused public attention on excessive risk taken by financial institutions, it’s particularly interesting that only 13% say regulators should make it a priority to ban risky financial products.


The Cato Institute 2017 Financial Regulation Survey was designed and conducted by the Cato Institute in collaboration with YouGov. YouGov collected responses online May 24–31, 2017 from a national sample of 2,000 Americans 18 years of age and older. The margin of error for the survey is +/- 2.17 percentage points at the 95% level of confidence. The full survey report is forthcoming.