Poll: 61% Oppose Firing NFL Players Who Refuse to Stand for National Anthem, but 65% of Republicans Say Players Should be Fired 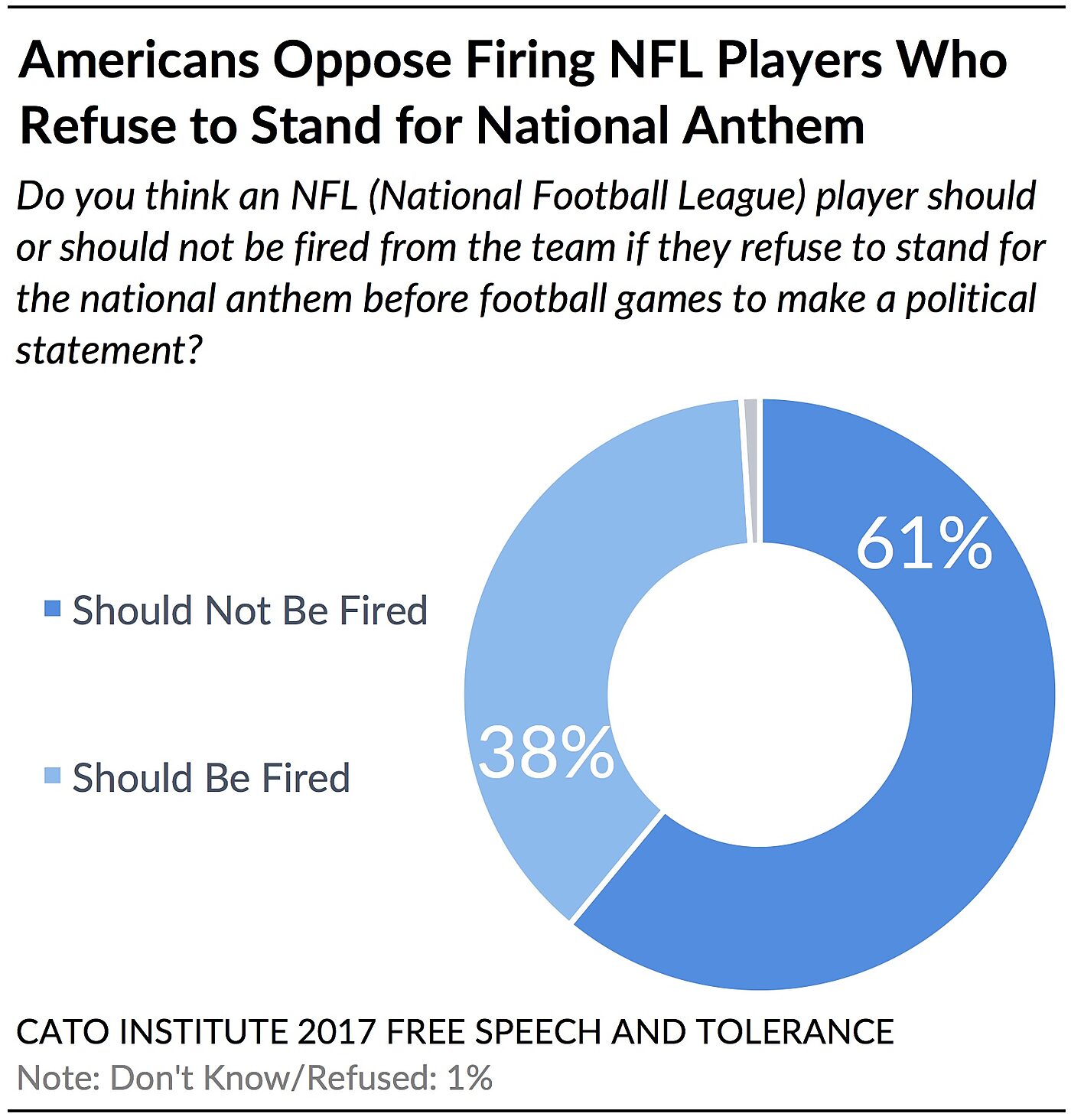 Today we’re releasing one question from the forthcoming national Cato 2017 Free Speech and Tolerance Survey of 2,300 Americans conducted by the Cato Institute in collaboration with YouGov.


The national survey finds that a solid majority, 61%, of Americans oppose firing NFL (National Football League) players who refuse to stand for the national anthem before football games in order to make a political statement. These results stand in contrast to President Trump’s remarks over the weekend and his urging NFL teams to fire players who refuse to stand for the anthem. A little more than a third (38%) of Americans align with Trump and support firing these players. 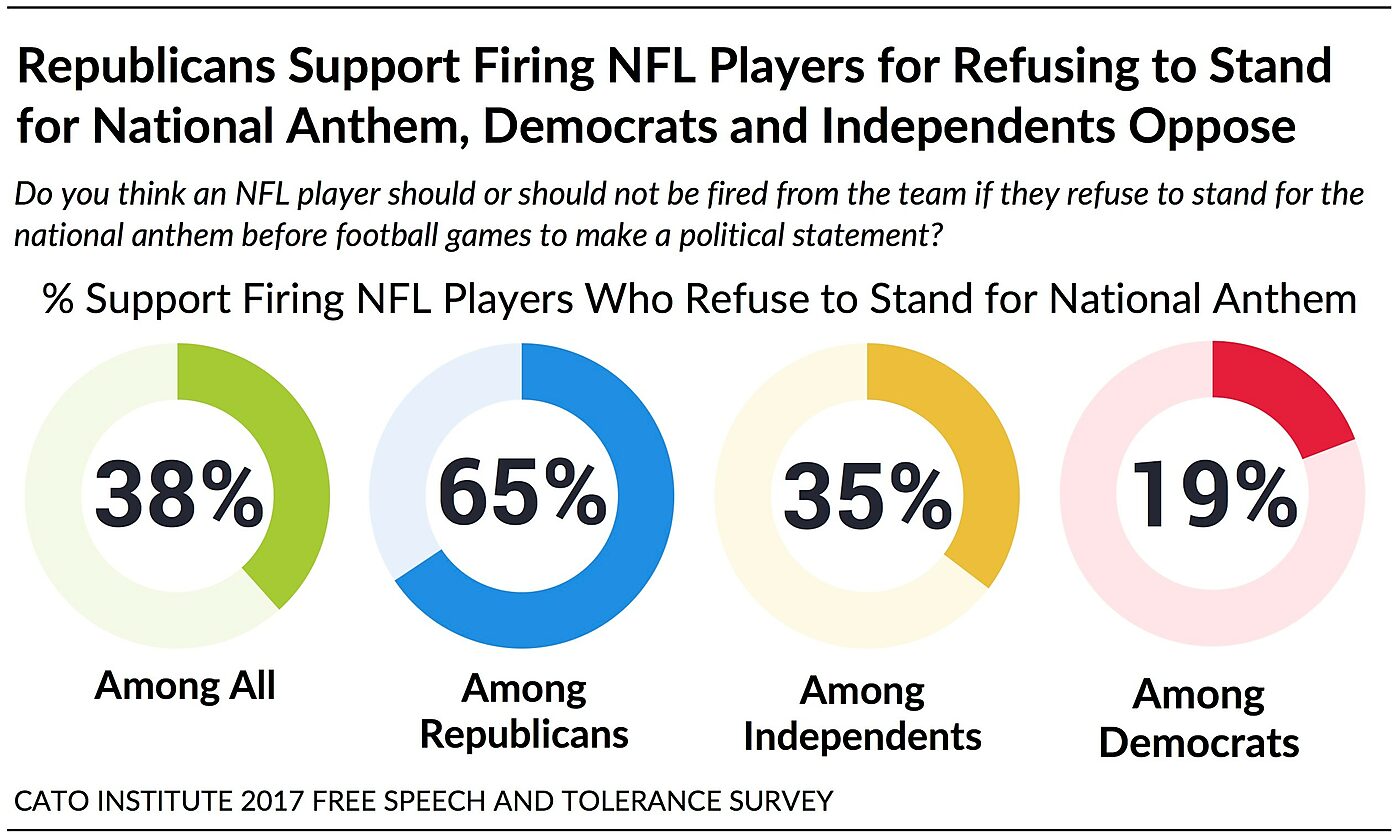 People who are older, with less education, and living in smaller towns and rural communities are most likely to support punishing NFL players who kneel during the national anthem in political protest.

A majority (57%) of Americans over 65 think such players should be fired while 71% of Americans under 30 think they should not. Those without college degrees (44%) are more likely than college graduates (32%) and those with post‐​graduate degrees (26%) to similarly support punishing NFL players who engage in this form of political protest. Americans living in rural communities are divided in half over whether teams should fire NFL players who refuse to stand for the national anthem. Conversely, those living in large urban centers solidly oppose (69%) such firings.


Majorities across racial groups oppose firing NFL players who kneel during the national anthem before football games. However, African Americans (88%) are about 30 points more likely than Hispanics (60%) and whites (55%) to oppose.


Not wanting to fire NFL players because of their political speech doesn’t mean that most Americans agree with the content of this speech. Surveys have long shown, as well as this one, that most oppose burning, desecrating, or disrespecting the American flag. Thus, Americans appear to make a distinction between allowing a person to express (even controversial) political opinions and endorsing the content of their speech. The public can be tolerant of players’ refusing to stand for the national anthem, even while many disagree with what the players are doing.


In sum, Americans don’t want to strip people of their livelihoods and ruin their careers over refusing to stand for the national anthem. Even if they don’t agree with the content of the speech, that doesn’t mean they support punishing people who do.


Topline results and methodology can be found here.


The Cato Institute 2017 Free Speech and Tolerance Survey was designed and conducted by the Cato Institute in collaboration with YouGov. YouGov collected responses online August 15–23, 2017 from a national sample of 2,300 Americans 18 years of age and older. The margin of error for the survey is +/- 3.00 percentage points at the 95% level of confidence. The full survey report is forthcoming.