According to a new national poll just released by the Cato Institute, Americans know very little about the Federal Reserve. Not surprising. But among those who are familiar with its work, most think it should not be setting interest rates.

The poll, conducted in collaboration with YouGov, surveyed a nationally representative sample of 2,000 Americans.[1] 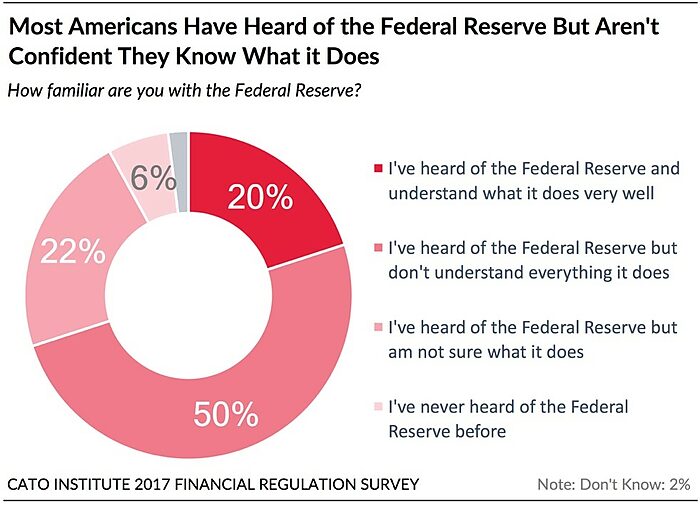 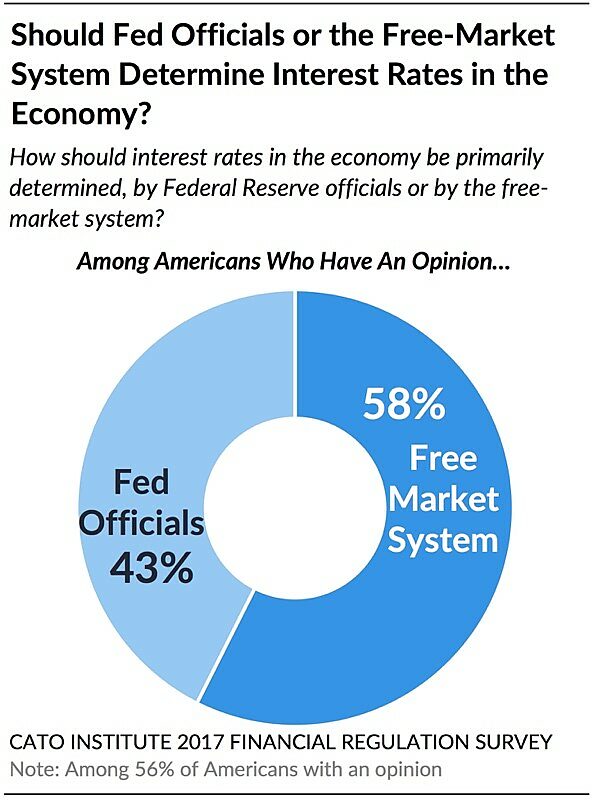 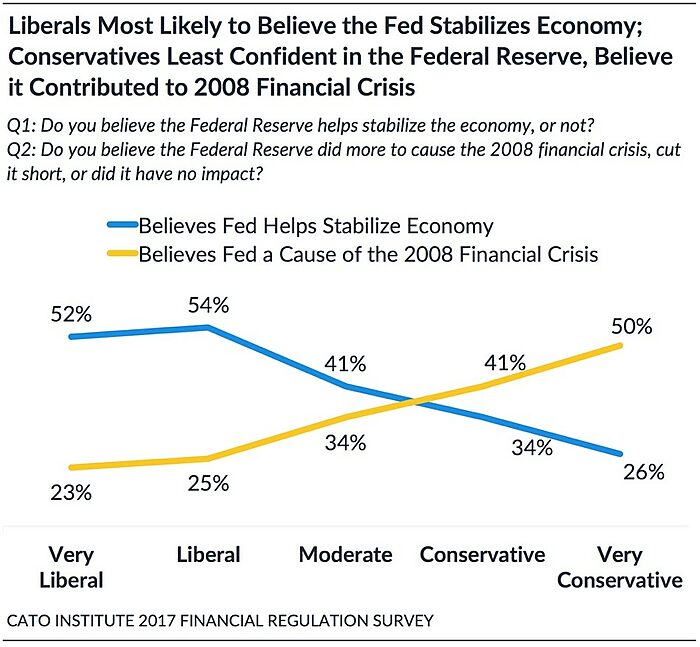 Ultimately, these findings highlight the urgent need for more education about what the Fed does, what it doesn’t do, and what it shouldn’t do. Cato’s Center for Monetary and Financial Alternatives was founded in part to provide just such an education to the public. While it’s disheartening to see how much we’re needed, it seems it’s a good thing we’re here.

[1] The Cato Institute 2017 Financial Regulation Survey was designed and conducted by the Cato Institute in collaboration with YouGov. YouGov collected responses online May 24-31, 2017 from a national sample of 2,000 Americans 18 years of age and older. Restrictions are put in place to ensure that only the people selected and contacted by YouGov are allowed to participate. The margin of error for the survey is +/- 2.17 percentage points at the 95% level of confidence.