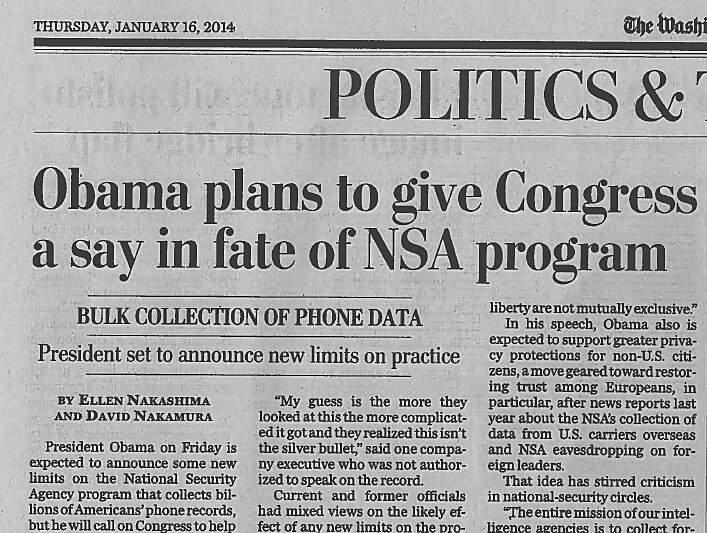 The story reports that President Obama “will call on Congress to help determine the [NSA surveillance] program’s future. Which is good because Article I, Section 1, of the Constitution of the United States provides that:

All legislative Powers herein granted shall be vested in a Congress of the United States.


Arthur Schlesinger Jr. wrote that the rise of presidential power ‘‘was as much a matter of congressional acquiescence as of presidential usurpation.’’ It’s time for Congress to stop acquiescing. And for journalists to remind readers of the powers granted to presidents in the Constitution.