Today, on Milton Friedman Legacy Day, the Nevada Supreme Court will hear oral arguments in two lawsuits against the state’s education savings account (ESA) law. Under the law, students who leave their assigned district school can receive a portion of the funds that would have been allocated to them in their district school (about $5,100 to $5,700 depending on family income). The parents can use those funds to customize their child’s education by purchasing a wide variety of educational good and services, including private school tuition, text books, online courses, homeschool curricula, and more. They can even save funds for future expenditures. A similar program in Arizona has proved highly popular among parents.


However, a group dedicated to protecting the district school monopoly is asking the state supreme court to strike down the program before it goes into effect:

“I fear that, because this is the most aggressive model for this program, the privatization of education … will spread like wildfire,” said Electra McGrath‐​Skrzydlewski, whose 12‐​year‐​old daughter is a student in the Clark County School District.


McGrath‐​Skrzydlewski joined several parents last October to sue the state in a Carson City court, challenging SB302 on the grounds that it diverts money meant “exclusively” for public schools to private schools and other private expenses. Their complaint also claims the bill violates a constitutional requirement that lawmakers create a “uniform” system of public schools.

As Neal McCluskey noted on Twitter, even the opponents of the ESA assume that parents want it. And they’re right: more than 8,000 eager families have already applied. 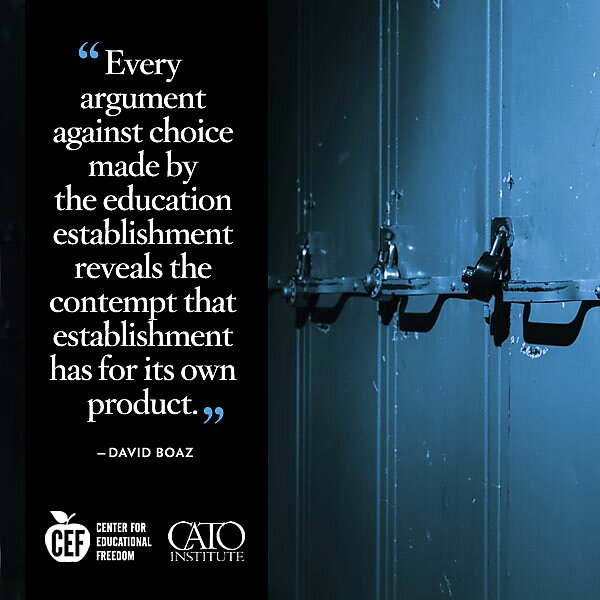 In separate case, the ACLU claims that the ESA law violates the state constitition’s “uniformity” clause as well as a separate constitutional provision prohibiting the state funding of religious instititions. However, as I’ve discussed previously, these arguments do not hold water. The ACLU wants the court to interpret the constitutional mandate that the state create a system of “uniform” and nonsectarian schools to mean that it must exclusively fund those schools. Fortunately, the lower court rejected this strained interpretation, holding instead that “the Nevada constitution requires the state to establish a non‐​sectarian system of public schools, but it is also empowered to encourage education by other means that are not limited to non‐​sectarian schooling.”


Likewise, the lower court rejected the ACLU’s Blaine Amendment claim, holding that it “was not intended to preclude any expenditure that has an incidental benefit to religion, where such is made for a primary secular purpose,” and that the ESA “was enacted for the valid secular purpose of providing financial assistance to parents to take advantage of educational options available to Nevada children.”


For more information on the two cases and to watch live feed of the oral arguments beginning at 1:00pm EDT, go to Choice Media’s website.