The Most Racist Urban Area in America?

Yesterday, the Department of Housing and Urban Development (HUD) approved a new fair housing rule called Affirmatively Furthering Fair Housing. This follows the Supreme Court's recent ruling allowing HUD to use disparate impact as a criterion for determining whether a community is guilty of unfair housing practices. 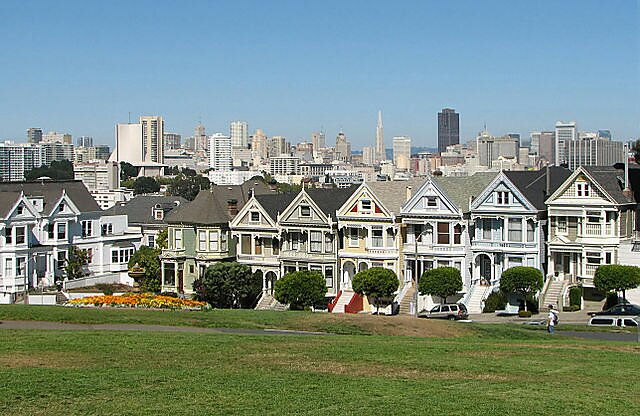 In one form of disparate impact analyses, HUD compares the racial makeup of a city or suburb with the makeup of the urban area as a whole. If the city doesn't have enough minorities, it is presumed guilty and must take steps to attract more. Under the Affirmatively Furthering Fair Housing rule, that could mean subsidizing low-income housing or rezoning land for high-density housing.

For this and other reasons, looking at individual cities and suburbs is the wrong level of analysis. What's more, HUD's high-density housing remedy is completely wrong.

This remedy is based on two fallacies. First, it assumes that high-density housing is more affordable than single-family housing, when in fact it costs more per square foot and only saves money if people are willing to sacrifice space and privacy. Second, the rule assumes that it is somehow "fair" to pack low-income minorities in apartments while higher-income whites get to live in single-family homes so long as the apartments and single-family homes are in the same municipalities. This is far more racist than the current situation.

The real problem with housing affordability is not at the community level but at the regional level. In a region that has few land-use restrictions, a community that has attracted wealthy people is not going to have much of an effect on the affordability of the region as a whole because builders can always construct more affordable housing elsewhere. The problem is in regions with urban-growth boundaries and other restrictions that limit the construction of affordable housing over the entire region.

Based on this, the most racist major (more than a million people) urban area in America is San Francisco-Oakland. Though that region's population grew by 285,000 people between 2000 and 2010, or 9.5 percent, the region's black population actually shrank by nearly 49,000, or 14.2 percent, for a difference in growth rates of minus 23.7 percent.

That decline was entirely due to strict land-use policies that prevent development outside of the 17 percent of the region that has already been urbanized, making the Bay Area one of the least affordable housing markets in the nation. Moreover, a recent plan to improve affordability by following HUD's prescription of building more high-density housing was found to actually reduce affordability.

Other major urban areas that would be found racist include Austin (-21.5% difference between black and overall population growth), Riverside-San Bernardino (-17.5%), Honolulu (-15.4%), San Diego (-14.6%), Los Angeles (-14.5%), Bakersfield (-13.6%), and San Jose (-11.1%). All of these regions except Austin have some form of growth-management policy, while Austin has become the least affordable housing market in Texas due to local housing policies.

If HUD is serious about fair housing, and not just jumping on the density bandwagon to please special interest groups, it should consider ordering urban areas in California, Hawai'i, and other states to relax their land-use laws and allow more home construction on the urban fringe. This will have the effect of restoring property rights to landowners whose uses have been restricted by land-use regulations. Otherwise, the Supreme Court's ruling will only result in making housing even more unfair than it was before.