As has become an annual tradition, my colleague Charles Zakaib has sifted through the data from the latest edition of the International Institute for Strategic Studies’ The Military Balance and created several illuminating charts. They are enclosed below and show U.S. security spending as a share of the global total, U.S. per capita spending as compared with some of our leading allies, and U.S. spending vs. the rest of NATO as a share of GDP.

The data demonstrate that Americans in 2010 spent vastly more in every sense of the term. We accounted for 47.65 percent of global security spending. We each spent more than $2,200 on the Pentagon’s budget, and hundreds more when you factor in other security spending (e.g., Homeland Security, Veterans Affairs, and nuclear weapons). That represents a 72 percent increase in real, inflation-adjusted dollars since 1998, whereas the United Kingdom and Denmark increased by 5 and 6 percent, respectively. Six NATO countries saw per capita spending decline: Italy’s has fallen by 35 percent since 1998; France by 14 percent; and 12 percent in Portugal. The aggregate numbers paint a similar picture: between 1999 and 2010, U.S. spending as a share of GDP rose from 3.15 to 4.77, whereas the rest of NATO declined from 2.05 to 1.61 percent.

The reason why those trends prevail is straightforward: people aren’t inclined to pay for something if someone else is willing to buy it for them. Conservatives understand that dynamic when it applies to housing allowances or food stamps for the less fortunate here in the United States. They ignore it when it applies to buying security for the relatively well off in Europe and Asia.

That blindness is evident in Paul Ryan’s latest budget plan. As Chris Edwards and Tad DeHaven observed earlier this week, Ryan is willing to reduce spending on many domestic programs, but he could have gone much further on the grounds that the federal government does many things that are more appropriately handled by state or local governments or, even better, by the private sector.

Ryan makes an exception for the Pentagon, allowing its budget to grow on top of the massive increases from the past decade. Ryan and others contend that national defense is a core function of government, and therefore should not be treated equally with spending on other programs that are not.

I agree: The Constitution clearly stipulates that the federal government should provide for the “common defence.” It makes no mention of subsidizing mortgages, Amtrak, or sugar. But I anxiously await Rep. Ryan’s explanation for why American taxpayers should be expected to subsidize social welfare spending in other countries. By relieving other governments from their solemn obligation to provide for the common defense of their citizens, we have allowed and encouraged them to divert their resources elsewhere.

That realization is dawning on a growing number of Americans, and they aren’t happy about it. In a just-published book, The People’s Money: How Voters Will Balance the Budget and Eliminate the Federal Debt , pollster Scott Rasmussen explains the looming gap between voters and the Political Class. Rasmussen will be at Cato next week to talk about his book, and I’ll be writing more about his findings in the future. In the meantime, I’ll leave you with just three poll findings that should trouble Republicans who believe Paul Ryan’s approach to military spending is a political winner. 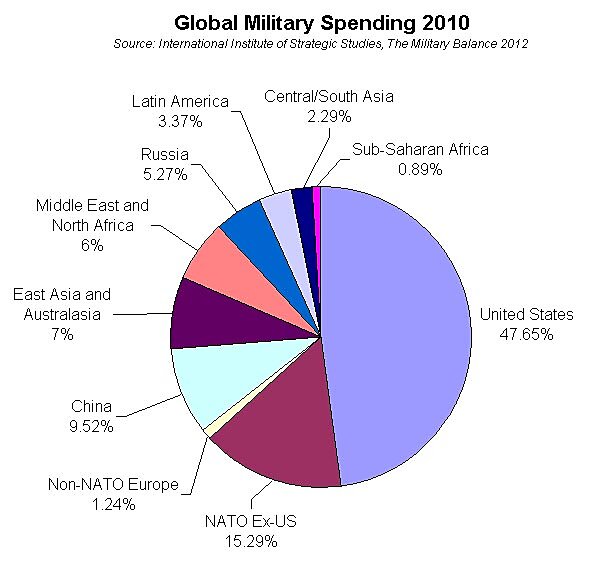 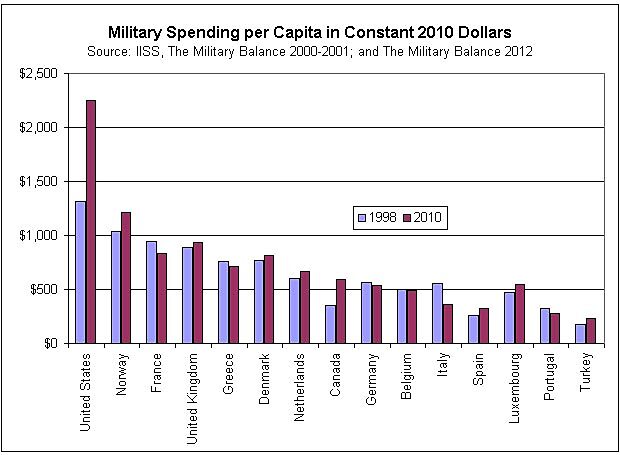 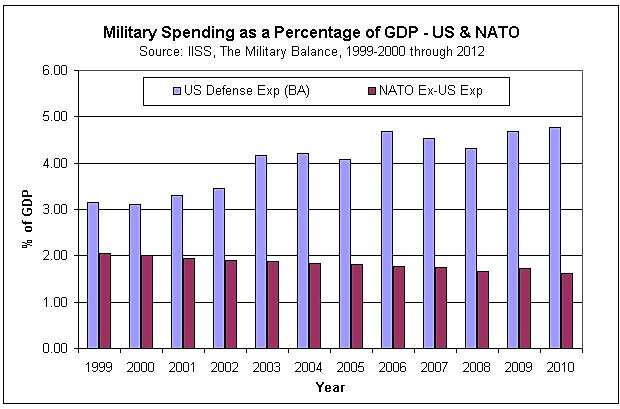