Low‐ and middle‐​income children in New Hampshire will now be able to use tax‐​credit scholarships at any school they choose, whether secular or religious.


This morning, the New Hampshire Supreme Court (NHSC) followed the precedent of the U.S. Supreme Court in unanimously ruling that the petitioners challenging the “Live Free or Die” state’s scholarship tax credit law lack standing because they could not demonstrate any harm. The law grants tax credits to corporations worth 85 percent of their donations to nonprofit scholarship organizations that help low‐ and middle‐​income parents send their children to the schools of their choice.


When two anti‐​school choice organizations challenged the law, the Institute for Justice intervened, representing several low‐​income families who had applied for the scholarships. The Cato Institute filed an amicus brief defending the law’s constitutionality.


The NHSC overturned a lower court’s flawed and unprecedented decision, which had forbidden scholarship recipients from using the funds at religiously‐​affiliated private schools. The lower court held that the scholarship funds constituted “money raised by taxation” and therefore violated the state’s historically anti‐​Catholic Blaine Amendment, which states:

[No] money raised by taxation shall ever be granted or applied for the use of the schools of institutions of any religious sect or denomination. (New Hampshire Constitution, Part II, Article 83)

The NHSC did not address the merits of the lower court’s decision because it held the petitioners were unable to demonstrate that “their personal rights have been impaired or prejudiced.” Similarly, the U.S. Supreme Court, in rejecting the petitioners’ standing in ACSTO v. Winn, held that the tax‐​credit funds did not constitute public money because they had not “come into the tax collector’s hands.”


This is great news for the tens of thousands of students who qualify for tax‐​credit scholarships—parents like Melissa Cogan, who used the program to cover homeschooling expenses for her two children, Hope and Hunter.

“Without the scholarship from (the Network for Educational Opportunity), homeschool would not have been an option for us,” Melissa said. “We are a large family with very limited resources for supplies, books, workbooks, and electronic technology. The generosity of the Network for Educational Opportunity has made it possible for us to purchase everything we needed to become a successful homeschooling family.”

Such stories should make it unsurprising then that, last year, nearly 97 percent of scholarship families reported being satisfied with the learning environments they chose for their children. 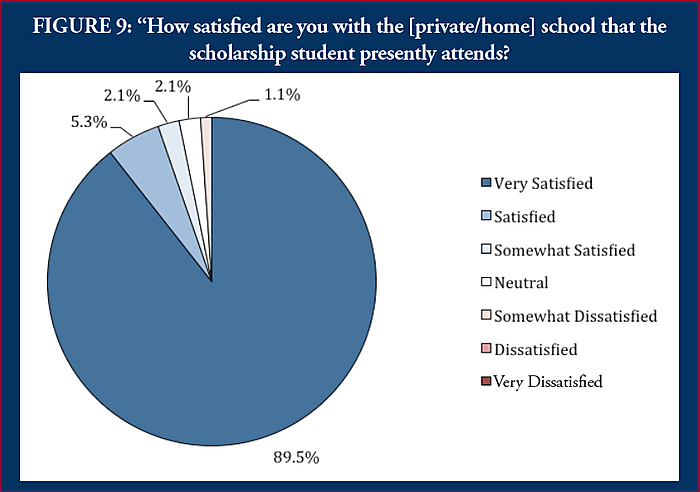 The decision’s import reaches far beyond New Hampshire’s borders. The NHSC’s ruling today takes some wind out of the sails of the Florida School Boards Association (FSBA), which is inexplicably suing the Sunshine State over its more‐​than‐​decade‐​old scholarship tax credit law, in a complaint that mirrors the legal reasoning of the NH petitioners. It is likely that the Florida Supreme Court’s reasoning will mirror that of the New Hampshire Supreme Court and U.S. Supreme Court.


Certainly there are families in Florida, and elsewhere nationwide, similar to the Cogans who are craving an educational environment that works best for them. Today, the New Hampshire Supreme Court handed them a much‐​needed victory and, thus, the ability to live free and learn.