Las Vegas Is Ripe For Ridesharing

The regulations that govern taxis in the Las Vegas area impose especially heavy restrictions on consumer choice and driver availability. Such an environment is ideal for rideshare companies, which provide consumers with more choice and drivers with more flexibility. Yet perhaps unsurprisingly, regulators and market incumbents in Sin City may prove to be among ridesharing companies' most defensive and rigid opponents.

The Nevada Taxicab Authority has a web page dedicated to describing the sixteen different taxi medallions available in the state. 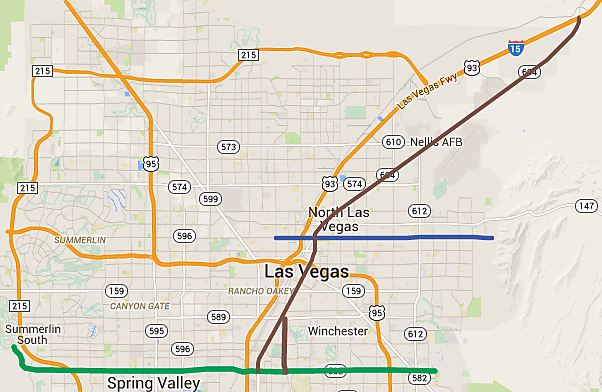 "Providing that adequate service is maintained" in North Las Vegas, taxis with this medallion are permitted to provide service from ten specified locations, most of which are hotels.

Uber and Lyft allow their rideshare drivers to pick up whom they want, where they want, when they want. Las Vegas taxi drivers are allowed no such flexibility. So if Uber, Lyft, and other rideshare companies were to move into Las Vegas, it wouldn't be surprising if the effect on the taxi industry were similar to what was seen in San Francisco.

Las Vegas, which has a huge tourist and convention industry and a far-from-ideal public transport system, is ripe for ridesharing. Unfortunately, Uber, Lyft, and other ridesharing companies should expect strong opposition from regulators and taxi companies if they launch there.