And the King of the Fiscal Squeeze Is…Bill Clinton?

When Congressman Paul Ryan takes the stage at CPAC Friday morning, he will, of course, tout his new budget as a solution to America’s spending problem. The 2014 Ryan plan does aim to balance the budget in 10 years. That said, it would leave government spending, as a percent of GDP, at a hefty 19% – as my colleague, Daniel J. Mitchell, points out in his recent blog.

Proposals like the Ryan budget are all well and good, but they are ultimately just that – proposals. If Congressman Ryan really wants to get serious about cutting spending, he should look to the one U.S. President who has squeezed the federal budget, and squeezed hard.

So, who can Congressman Ryan look to for inspiration on how to actually cut spending? None other than President Bill Clinton.

How can this be? To even say such a thing verges on CPAC blasphemy. Well, as usual, the data don’t lie. Let’s see how Clinton stacks up against Presidents Barack Obama and George W. Bush. As the accompanying chart shows, Clinton was the king of the fiscal squeeze. 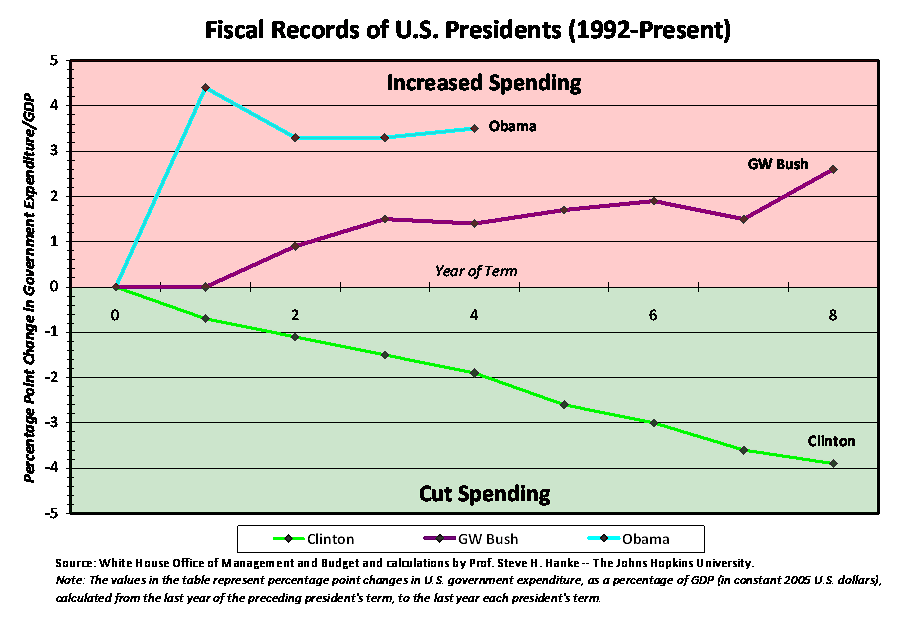 Yes, Bill Clinton cut government’s share of GDP by a whopping 3.9 percentage points over his eight years in office. But, what about President Ronald Reagan? Surely the great champion of small government took a bite out of spending during his two terms, right? Well, yes, he did. But let’s put Reagan and Clinton head to head – a little fiscal discipline show-down, if you will (see the accompanying chart). 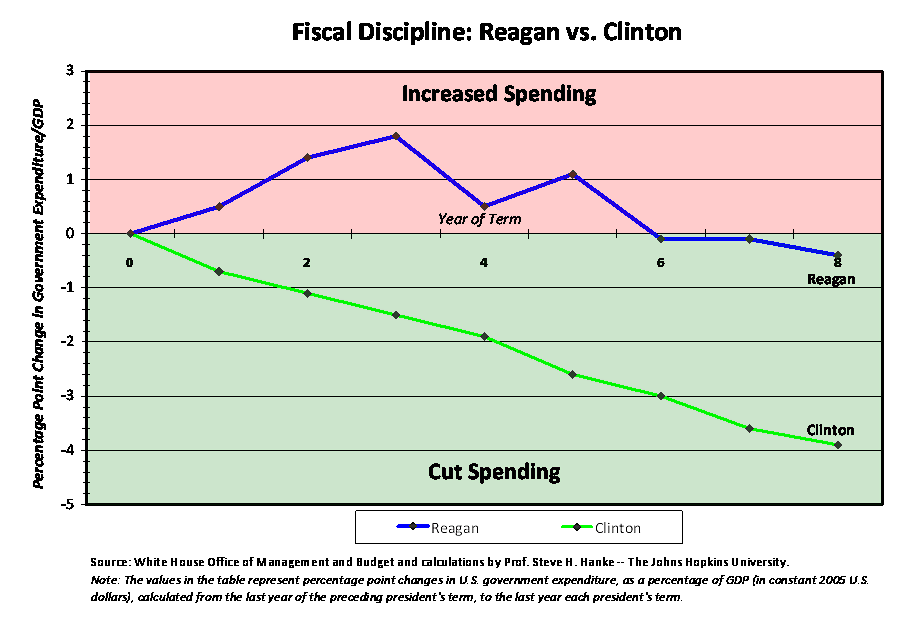 And the winner is….Bill Clinton. While Reagan did lop off four-tenths of a percentage point of government spending, as a percent of GDP, it simply does not match up to the Clinton fiscal squeeze. When President Clinton took office in 1993, government expenditures accounted for 22.1% of GDP. At the end of his second term, President Clinton’s big squeeze left the size of government, as a percent of GDP, at 18.2%. Since 1952, no other president has even come close.

Some might argue that Clinton was the beneficiary of the so-called “peace dividend,” whereby the post-Cold-War military drawdown led to a reduction in defense expenditures. The problem with this explanation is that the majority of Clinton’s cuts came from non-defense expenditures (see the accompanying table). 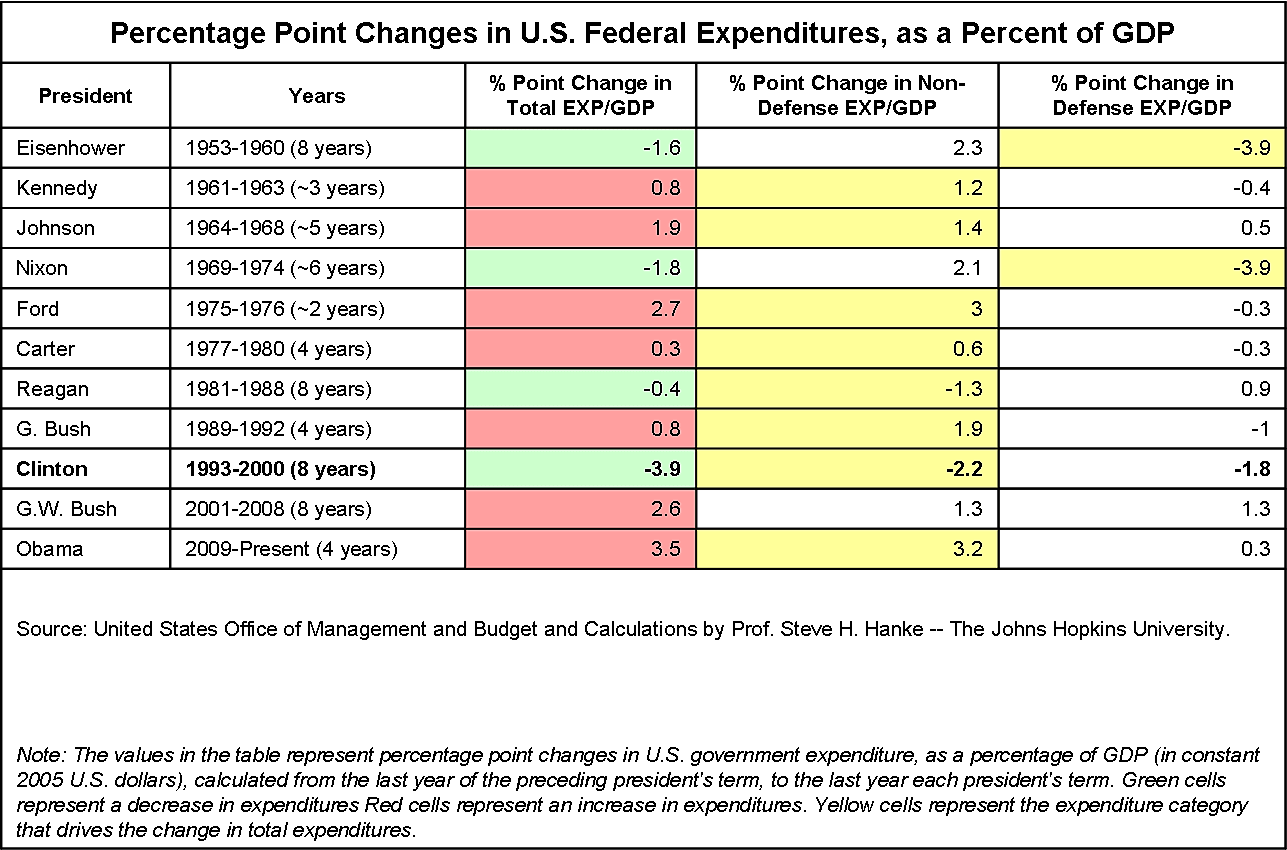 Admittedly, Clinton did benefit from the peace dividend, but the defense drawdown simply doesn’t match up to the cuts in non-defense expenditures that we saw under Clinton. Of course, it should be noted that the driving force behind many of these non-defense cuts came from the other side of the aisle, under the leadership of Speaker Gingrich.

The jury is still out on whether Ryan (or Boehner) will prove to be a Gingrich – or Obama, a Clinton. But, at the end of the day, the presidential scoreboard is clear – Clinton is the king of the fiscal squeeze.

So, when Congressman Ryan rallies the troops at CPAC with a call for cutting government spending, perhaps the crowd ought to accompany a standing ovation for the Congressman with a chant of “Bring Back Bill!”