How to “Salvage Community” after Military Base Closure

It has been nearly 14 years since the Pentagon trimmed its excess base capacity through a Base Realignment and Closure (BRAC) round. Despite repeated requests by various Secretaries of Defense, Congress has blocked the military services from reallocating resources away from unnecessary overhead and toward more urgent priorities.

Much of Congress’s reluctance comes from the perception that base closures are devastating for nearby town and municipalities. In the immediate term, job losses follow whenever a base closes, and the cost of transferring and redeveloping property can be daunting. In most instances, however, elected officials, civic leaders, and interested businesses and non‐​profits join forces to convert former defense facilities into something else. The best cases deliver benefits throughout the community, including renters and homeowners, students, recreational users — and, of course, businesses and their employees.

A just‐​published book, Salvaging Community: How American Cities Rebuild Closed Military Bases (Cornell University Press, 2019), explores why some communities have been more successful than others. We hosted one of the authors, Michael Touchton, for a discussion here at Cato last week. Touchton, Assistant Professor of Political Science at the University of Miami, along with his co‐​author, Boise State University’s Amanda J. Ashley, explore a range of different measures of a given community’s financial health, before, during and after a nearby base closes, and assess the factors that contribute to either expeditious conversion — or frustrating and costly delays. Several organizations, including the Association of Defense Communities and DoD’s Office of Economic Adjustment, exist to help with such transitions. Nevertheless, communities are often unprepared. Touchton and Ashley’s work could bridge that gap. 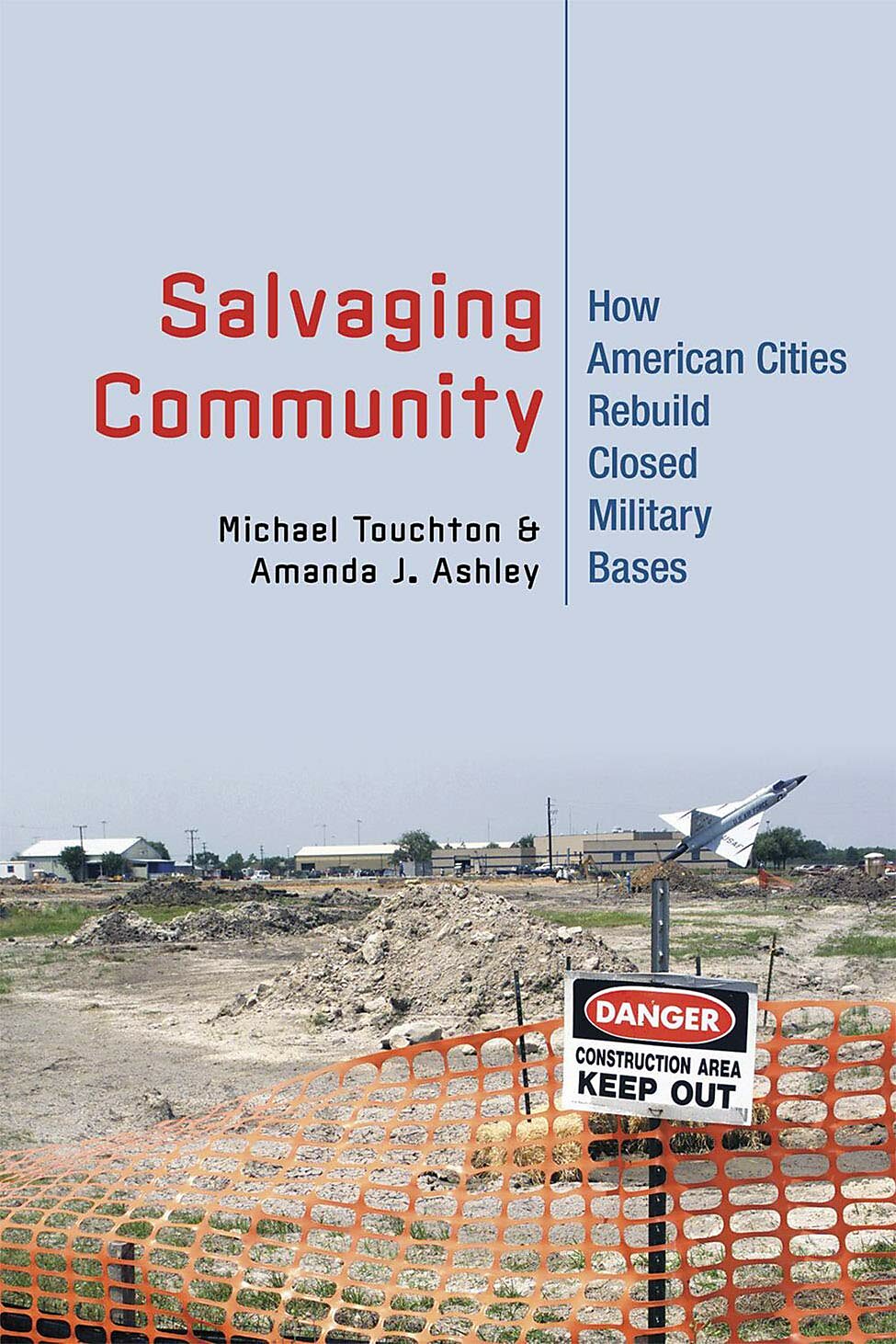 It begins with a unique and proprietary data set with information on 122 bases closed under BRAC. That alone was a signature achievement, requiring the authors to draw information from a wide range of sources including “public records from the DoD, the Census Bureau, other federal agencies, community redevelopment master plans, publicly available documentation of redevelopment outcomes on city, state, and local government website, and extensive e‐​mail and phone inquiries to supplement public records.” The metrics compiled include observed outcomes (dependent variables) such as job creation, revenue generation, municipal bond rating, and “equitable conversion benefits” – an indexed assessment of the various uses of former military land. Factors deemed relevant to success or failure include the diversity of funding sources, the number of public, private, and nonprofit partners, surrounding economic conditions at the time of closure, and the costs of environmental remediation.

But, Touchton and Ashley explain, “the quantitative data reveal only general relationships surrounding redevelopment rather than the causal mechanisms driving redevelopment performance.” Accordingly, Salvaging Community also includes an in‐​depth review of three California cases — the Naval Training Center in San Diego, now Liberty Station; the former Fort Ord in Monterey County; and Naval Air Station Alameda, a short distance across the bay from San Francisco’s financial district. I have visited all three of these sites, and previously written about San Diego, here at the Cato blog, and Fort Ord at this year’s International Studies Association meeting (PDF), but I learned additional details in this fine book.

Touchton and Ashley identify effective governance as a major factor in successful redevelopment. The different entities that take ownership of the land must be incorporated within a decision‐​making structure that mitigates jurisdictional infighting. Local non‐​profits and private businesses should also be involved in both the planning and execution of base conversion. Taking the process step by step, and ensuring maximum buy‐​in among all stakeholders, can ensure a steady stream of revenue to fund environmental remediation, removal of structures unsuitable for preservation and reuse, and construction of new infrastructure.

Base closures are never going to be easy or without consequence. Communities near shuttered bases do experience job losses, and a decline in tax revenue, but, on the whole, a typical community will see a return to pre‐​closure employment and revenue levels within 5–10 years. And the resulting redevelopment nearly always benefits many within the community — not merely those working for or with the U.S. military and the federal government.

Explains the Heritage Foundation’s Frederico Bartels, “A new round of BRAC would allow the [defense] department to free time, money, and manpower in installations for other uses.” But that is unlikely so long as fear of the short‐​term economic repercussions of these closures, and an inability to see the opportunities when former military bases are opened up to new civilian uses, persists. Those looking for new information that might break the political log‐​jam in Congress should definitely check out Touchton and Ashley’s Salvaging Community.

Thanks to research associate James Knupp for help organizing the event and with this blog post.