House Bill Provides Path to Citizenship for Most Legal Dreamers

House Democrats introduced the American Dream and Promise Act (H.R. 6) yesterday. The primary focus on the legislation—like the Dream Act in the Senate—is to provide a path to citizenship for immigrants brought to the country as minors. Unlike the Dream Act and last Congress’s version of H.R. 6, however, this year’s version extends the path to citizenship to “legal dreamers,” foreign-born children of temporary workers who can grow up in this country in temporary status that they lose at age 21.

Along with many of the legal dreamers themselves, I've long advocated for this change, and it will have major implications not only for the kids, but for their parents and the entire employment-based system if this bill becomes law. 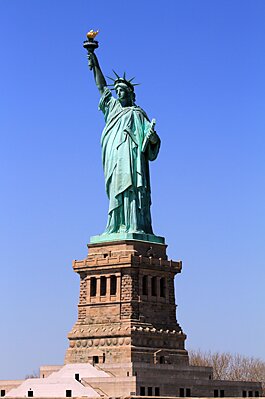 Previously, H.R. 6 had only allowed someone who was “inadmissible or deportable” to qualify unless they were in Temporary Protected Status (TPS), a temporary status mostly for immigrants without any other legal status. But the new American Dream and Promise Act greatly reduces this unfair discrimination against legal residents. The new language will allow anyone who “is the son or daughter of an alien admitted as a nonimmigrant” under the E-1, E-2, H-1B, and L-1 temporary work visa programs.

The H-1B program is for skilled employees of U.S. businesses working in specialty occupations. They must have college degrees. Their children are eligible to come with them and grow up in the United States in H-4 dependent status. Their employers can sponsor them for green cards. On their 21st birthday, however, they lose H-4 status and their place in the green card line and the have to self-deport or find another status such as a student visa.

The L-1 program is for skilled intracompany transfers by multinational companies, and they also may bring their minor children. L-1 and H-1B visa holders awaiting green cards are mainly from India. I have estimated that about 100,000 currently in line will age out and lose their chance to become citizens through their parent’s employer’s petition. Overall, there are more than 255,000 dependents awaiting employment-based green cards.

The E programs are for “treaty traders” who are engaging in business operations in the United States, and many are business owners. As Angelo Paparelli details in our "Deregulating Immigration" paper, the Department of Labor makes it very difficult or impossible for entrepreneurs to self-sponsor themselves for green cards, so they can spend decades here with no chance to become permanent residents or U.S. citizens. Their children also lose status at their 21st birthday.

Legal dreamers would still have to meet the other requirements in the bill: continuous presence in the United States since January 1, 2021, under the age of 18 when first coming to the United States and continuous presence since then, graduated from a U.S. high school or is enrolled in a U.S. high school or college, and has not committed certain crimes. While legal dreamers often travel internationally, the bill allows for breaks of up to 90 days and 180 days cumulatively. It also excludes any travel authorized by the Department of Homeland Security (DHS)—which, if the government adopts a reasonable interpretation, should include all travel under H-4 or other lawful status provided by DHS. Those who have already aged out and were forced to leave the country would also be allowed to apply for a green card from abroad if they departed the country on or after January 20, 2017 if they had been physically present for at least four years.

According to the plain text, the applicant's parent does not need to currently be in H-1B, L-1, or E statuses. Many legal dreamers’ parents have left the United States or received their green cards after the child aged out. The text only states that the applicants must currently be the son or daughter of someone “admitted” under those classifications, but the language doesn’t say either “who is” or “who was” admitted. Since it doesn't specify, it should include both groups (that is, anyone ever admitted under those classifications) since, in order to exclude one or the other, the language would need to explicitly state so.

While it should include the vast majority of dreamers, it’s worth noting that the bill does leave out some legal dreamers who are children of workers under other temporary statuses, such Os for those with extraordinary ability, Fs for student workers and graduates of U.S. universities working under Curricular Practical Training and Optional Practical Training programs, Ps for professional athletes, Js for various classifications of exchange program workers, Rs for religious workers, and TN workers who work in the same jobs as H-1B workers but who have citizenship in Canada and Mexico. That’s an oversight that hopefully could be corrected by the House Rules Committee or the Senate.

Nonetheless, the American Dream and Promise Act has greatly improved from last Congress by including the large majority of legal dreamers in the United States. By allowing them to obtain U.S. citizenship, they will eventually be able to sponsor their parents for green cards outside of the hopelessly backlogged employment-based system. Freeing both the parents and kids from the needlessly bureaucratic and controlled temporary statuses would hold great economic benefits for this country.