On what would have been the 102nd birthday of Milton Friedman—the godfather of educational choice—six families with children that have special needs are fighting back against Florida's largest teachers union, which is seeking to kill the Sunshine State's newest educational choice program. 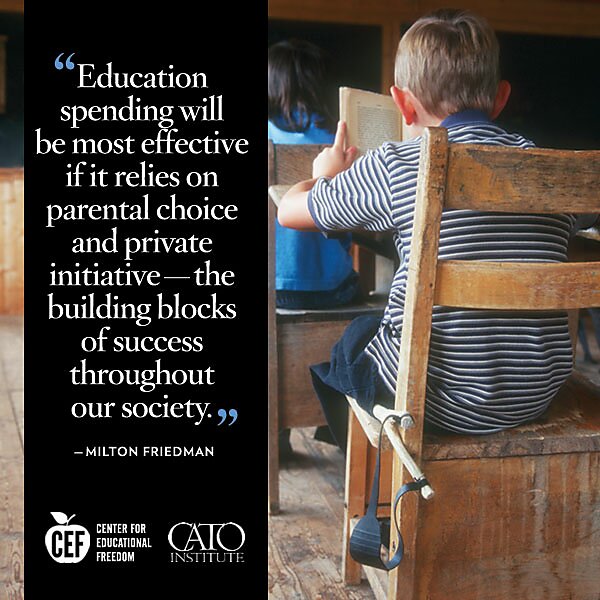 The Florida Education Association is suing the state of Florida to eliminate the new Personal Learning Scholarship Account (PLSA) program, among other recent education reforms, including an expansion of the state's scholarship tax credit law. Modeled after Arizona's popular education savings account (ESA), the PLSA would provide ESAs to families of students with special needs, which they could use to pay for a wide variety of educational expenses, such as tuition, tutoring, textbooks, online learning, and educational therapy. Six families with special-needs children who would have qualified for the program are seeking to intervene as defendants in the lawsuit, represented by the Goldwater Institute's Clint Bolick.

The union's lawsuit argues that the legislation creating the PLSA, Florida's Senate Bill 850, violated the state constitution's "one subject rule" because it contained a variety of education reforms.

“FEA felt that somebody needed to say, ‘Wait a minute. You can’t do it this way. There’s a constitutional requirement that legislation be of a single subject and matters related to this subject,’” [FEA attorney Ron] Meyer said. “This is so far over the line, somebody needs to say, ‘You can’t do that.’ Otherwise this is going to become the norm.”

The question the court must decide is procedural: how closely must a bill's provisions be related to avoid running afoul of the constitution's "one subject" rule? The legislature held that a topic as broad as "education" sufficed. If the court disagrees, it could affect legislation far beyond the bill in question. The plaintiffs' complaint notes that the challenged bill's title extends over several pages, but it's not unique in that regard. Several other recently-enacted bills also have lengthy titles, including Senate Bill 856 on "ethics" (four pages), Senate Bill 1012 on "financial services" (six pages), Senate Bill 1194 on "citizen support and direct-support organizations" (four pages), and Senate Bill 1238 on "family trust companies" (five pages).

The union's lawyer referred to the PLSA as "a collateral casualty" of its lawsuit, as the union was most concerned with the expansion of the scholarship tax credit program that the union believes has "lost its focus" because it supposedly "was not intended to become a major enterprise." In a press release from the Goldwater Institute, parents of special needs students took umbrage:

“These children deserve high-quality educational opportunities that are customized to suit their unique needs, and we will stand up with their families and defend these scholarships from the very people who have failed these students in the public schools,” said Goldwater's Vice President for Litigation Clint Bolick. “We will not allow these children to simply be left behind as the ‘collateral casualties’ in the aftermath of ends-justifies-the-means legal action."