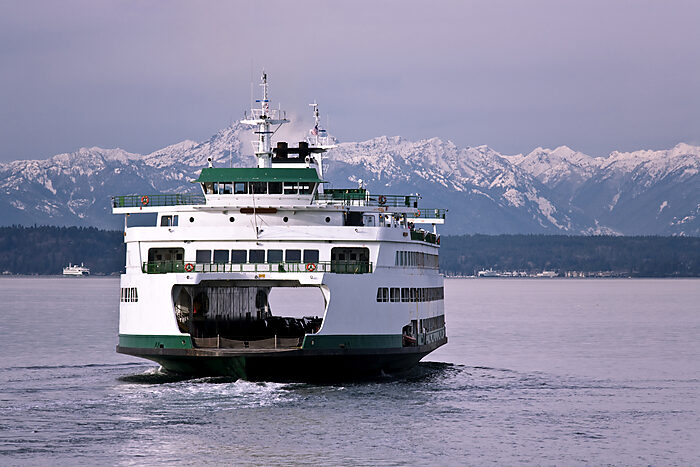 Some of the country’s leading ferry systems are facing an increasingly precarious outlook. In Alaska, questions loom over the state‐​run ferry system’s future after the governor and legislature last year endorsed paring back massive subsidies needed to keep it afloat. In Washington state, meanwhile, a spokesman for Washington State Ferries (WSF) last March described the ferry system—plagued by old vessels and a numerically insufficient fleet—as “hanging by a thread.” Users of the government‐​operated ferries were hit with a fare increase in October and will face another this May.

These struggles can be at least partially explained by protectionist U.S. maritime laws. Ferries transporting vehicles—which is most such vessels in Alaska and Washington—are subject to the 1920 Jones Act, while those transporting people fall under the Passenger Vessel Services Act of 1886. Both laws mandate that vessels engaged in domestic transport be U.S.-built.

Politicians in Olympia, meanwhile, have worsened matters by mandating that WSF vessels not only be U.S.-built but constructed in Washington state. Not coincidentally, the Washington State Institute for Public Policy points out that the state has “received only one to two bids on all new ferries constructed in the last 30 years.” That may be a windfall for Vigor Industrial’s Seattle shipyard that has won most of these contracts, but it’s a kick in the teeth to everyone else.

Forcing vessels to be purchased from coddled and uncompetitive U.S. shipyards means unnecessarily higher prices. Indeed, a 2017 study by the Hawaii Department of Transportation into the feasibility of establishing a ferry system noted that the cost of vessel construction in the United States can be “significantly larger” than those built abroad.

In 2004 a company called Hawaii Superferry signed a contract with Australia‐​headquartered Austal to build two catamaran ferries at its Alabama shipyard for $178 million, or $89 million each ($123 million in 2019 dollars). In comparison, Austal announced last year that it was building a new catamaran ferry at one of its non‑U.S. shipyards for €83.65 million or approximately $93 million. That’s tens of millions of dollars less for a vessel with twice the passenger and vehicle capacity.

Another Austal ferry with a similar capacity as the Hawaii Superferry vessels, the Spirit of Ontario, was delivered in 2004 for $42 million, or roughly half the cost of the U.S.-built ferries.

That local build requirements result in higher costs cannot be disputed. That, after all, is the entire point of such laws. If U.S. or Washington shipyards were able to compete on price then such measures would not exist.

Maritime protectionism’s toll, however, does not stop with more expensive vessels. Faced with eye‐​popping acquisition costs, ferry systems often employ existing vessels well past their normal lifespan (WSF did not retire its 1927‐​built Steel Electric‐​class vessels until 2007, a full eighty years after they were built when their hand was suddenly forced by recurring cracks in the hulls). An aging fleet, in turn, leads to higher maintenance expenditures as the vessels inevitably degrade. As a 2019 report from the Washington Department of Transportation notes:

The [WSF] fleet has an average age of 29 years. Twelve of our remaining 22 ferries are more than 30 years old. Of those, four are at least 50 years old. This aging fleet requires more maintenance to deal with problems such as steel corrosion, replacing or repairing obsolete equipment, and preservation projects that have been deferred, leading to a higher risk of vessel breakdown.

A 45‐​year‐​old ferry in the Alaska Marine Highway System, the LeConte, offers a recent example. Sent for an overhaul last October, workers discovered $4 million in additional work that had to be performed. A 56‐​year‐​old ferry undergoing service around the same time, the Malaspina, rang up a $16 million repair bill. Saltwater is tough on steel.

These costly‐​to‐​purchase, costly‐​to‐​maintain vessels have to be paid for somehow. That means either more taxpayer‐​funded subsidies (all taxpayers in the case of Alaska—a new $244 million ferry is slated to be paid for with $222 million in federal dollars), higher fares, reduced service, or a combination thereof.

Like their neighbors in Alaska and Washington, British Columbia is also home to large ferry system called BC Ferries. Indeed, its fleet is actually more numerous than that of Alaska and Washington’s ferry systems combined. Unlike WSF and the Alaska Marine Highway System, however, BC Ferries can shop internationally for its vessels. As a result, they are typically purchased from European shipyards where BC Ferries receives far more value for its money. Limiting BC Ferries to Canadian shipyards, explains CEO Mark Collins, would force it to pay prices 30 – 50 percent higher for the vessels it buys — and result in a 25 percent fare hike.

This alternative scenario is the reality faced by U.S. ferry systems as a result of the Jones Act and similar laws.

Such protectionism is not only a disservice to taxpayers but harmful to the U.S. maritime sector itself. By raising the cost of waterborne transport such policies discourage Americans, the inhabitants of a country laced with mighty rivers and thousands of miles of coastline, from fully unlocking their maritime bounty. And it’s hardly been a boon to U.S. commercial shipbuilding, which—denied the tough competition which invigorates other sectors of the economy—has fallen well behind its international counterparts.

To fix the ills of U.S. ferries, as well as the broader maritime industry, repeal or serious reform of maritime protectionism must be firmly on the table.