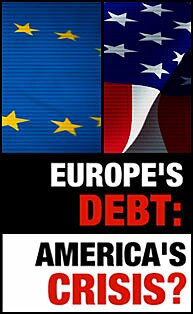 If you’re looking for something scary to do on Halloween, check out Cato senior fellow Johan Norberg’s documentary, “Europe’s Debt: America’s Crisis?” on PBS stations across the country.


It’s been running for awhile, and will be seen in Maryland and Michigan on Sunday night. But it will be seen in many markets, from Tampa to Fairbanks, next Wednesday, October 31.


The Free to Choose Network, which produced the film, describes it this way:

Four investigative reports, shot on location in Greece, Brussels, California and Washington DC, highlight this in depth examination of Europe’s current debt crisis and its connection to the U.S. economy. Narrated by Swedish author Johan Norberg, and George Mason University professor, Don Boudreaux, the investigative reports ask: “Where did Europe go wrong” and “is the United States now repeating the same mistakes?”


For broadcasts in your area, check the listings here.