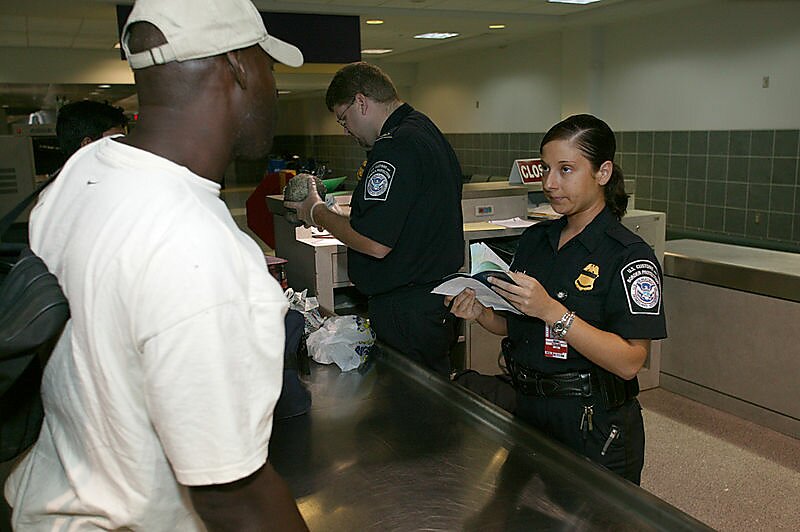 This week Kris Kobach, Kansas Secretary of State and Trump transition team adviser, told Reuters that Trump’s team had discussed his plan to restore a registry of immigrants from predominantly Arab and Muslim counties. The registry, which was part of the National Security Entry‐​Exit Registration System (NSEERS), operated from 2002 until 2011. The Obama administration suspended it, citing efficiency issues. Although NSEERS was suspended it could very easily be resuscitated and made worse. This is by design. A 2012 Department of Homeland Security Office of Inspector General (OIG) report reveals that the Department of Homeland Security (DHS) rejected a recommendation to terminate the NSEERS program, saying that the system would allow DHS to register “a category of aliens” in the future.


In the wake of 9/11 the Department of Justice (DOJ) built NSEERS. DHS took control of the program after it was established in 2003. Under NSEERS, nonimmigrant aliens from 25 countries were fingerprinted, interviewed, photographed, and required to check in with officials at regular intervals. Twenty‐​four of these 25 countries were majority‐​Arab and Muslim (North Korea was the other country).


Although in place for almost a decade, NSEERS was ineffective as an anti‐​terrorism tool. Because of the inscrutable rules associated with NSEERS, thousands of men and boys were deported while the system was up and running.


It shouldn’t come as a surprise, then, that in February 2012 a DHS OIG report found that, “The NSEERS program for special registration of certain categories of aliens from predominantly Arab and Muslim countries, and the database that supports this program, is obsolete and should be terminated.”

Note that the argument being made here for termination is based on the NSEESR program being obsolete. While the OIG reported was being put together DHS announced that it was removing all 25 countries from the NSEERS program. In that announcement DHS also highlighted that technology improvements, not concerns for civil liberties, motivated them to make the change:

Over the past six years, the Department of Homeland Security (DHS) has implemented several new automated systems that capture arrival and exit information on nonimmigrant travelers to the United States, and DHS has determined that recapturing this data manually when a nonimmigrant is seeking admission to the United States is redundant and no longer provides any increase in security.

But the DHS only suspended rather than eliminated NSEERS. When responding to the OIG report’s recommendation that NSEERS be fully terminated DHS’ assistant secretary for policy wrote the following (emphasis mine):

The Secretary’s authority, as exercised under the NSEERS regulations, is broader than the information collection program based on country designation described in the Office of Inspector General’s draft report. The Secretary has chosen to retain this regulatory framework to enable prompt action to require registration of a category or categories of aliens, if necessary, through rapid publication of a Federal Register Notice. The retention of this regulatory framework has no direct cost to the Department while a formal rulemaking to rescind the regulations would be costly and time consuming now, with the possibility that another costly and time consuming rulemaking would be necessary if specific registration was needed in the future. Indeed, in light of the legally required time to promulgate new regulations, it might not be possible to reestablish a categorical registration regime in time fully to protect the United States from a future, perhaps imminent threat. The regulation is being kept in place to ensure that the Secretary retains a legal discretionary regulatory framework in case it is needed in the future.

Almost identical points were made in a May 2011 DHS newsletter:

Because the Secretary of Homeland Security’s authority under the NSEERS regulations is broader than the manual information flow based on country designation that has now ended, the underlying NSEERS regulation will remain in place in the event a special registration program is again needed.

Clearly, Kobach and other Trump supporters seem to think that a registration program similar to NSEERS is needed. Without swift action before Trump’s inauguration his team will walk into the White House in January with a system in place for the establishment of a “Muslim registry” that could target immigrants from more than 25 countries.