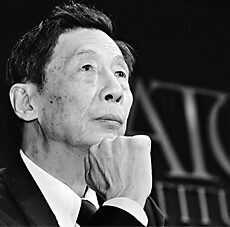 In its ongoing crackdown on advocates of free speech, human rights and other liberties, China’s communist party has shut down the website of Milton Friedman Prize winner Mao Yushi’s think tank. Mao has spent a lifetime promoting the values and principles of a free society for which he has often paid a high price, including severe persecution. The Unirule Institute of Economics that he cofounded has educated new and old generations of Chinese on the importance of private property, the rule of law, freedom of choice, voluntary exchange, and other aspects of the market economy, and on how to transition away from central planning.


In recent years, Mao has been warning about a “leftist revival” in China and has called for a critical evaluation of Mao Zedong’s role in Chinese history—an officially taboo subject. His essay “Returning Mao Zedong to Human Form” (upon which this English summary is based) condemned the communist leader’s brutal policies and earned him retribution from the neo‐​Maoist movement that has been growing with the regime’s encouragement. Repression under President Xi Jinping has intensified as journalists, lawyers, human rights activists, scholars, and members of religious communities have been jailed or otherwise oppressed. The regime has warned against the danger of foreign and western ideas, increased censorship and closed numerous NGOs, accusing them of being foreign agents.


It is in the context of that widening crackdown and disregard for due process or the rule of law that the communist party has closed Mao Yushi’s website. We hope that it does not signal further repression against Mao, his think tank or his colleagues, but we cannot be confident that the law will protect them. Indeed, the head of China’s Supreme Court recently asserted that the Party is above the law and warned against western concepts such as judicial independence.

Free speech champion Flemming Rose, also a Friedman Prize winner, rightly denounces the regime’s abuse: “I am deeply concerned by the Chinese authorities shutting down of Unirule’s website. Why silence a voice for reason calling for the rule of law? Without the rule of law that includes a climate of a free exchange of ideas, China won’t be able to transform itself successfully.”


Unfortunately, it has not been a great year for Friedman Prize winners. Venezuelan Yon Goicoechea, who received the award in 2008, was illegally arrested by the regime last August and remains imprisoned. His and Mao’s experiences are a reminder of what’s at stake in too many places in the world where the promotion of liberalism requires courageous and admirable efforts.