An interesting new book has hit the market, Chicks with Guns. It was put together by a photographer–so it’s a collection of portraits from women across the country with brief captions about why they choose to own guns. Here’s an excerpt from an MSNBC report:

Based on polling research and gun‐​sale statistics, an estimated 15 million to 20 million women in the United States own their own firearms. Dozens of those heat‐​packing women are documented in “Chicks with Guns,” a new book by photographer Lindsay McCrum that is sure to challenge almost anyone’s assumptions about gun ownership.


“Their numbers are really high but their profile is actually really low,” said McCrum, who spent three and a half years capturing artistic and arresting portraits of women with their weapons of choice.


“I was so surprised by the variety and breadth and diversity of these women,” McCrum said. “There are so many stereotypes about guns, mostly derived from popular culture, but the reality is so much more complex and varied than you can imagine.” 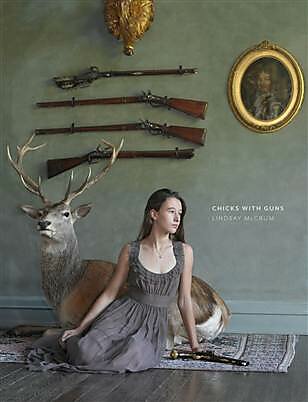 The Vendome Press
“Chicks with Guns” reveals just how true that is. The book features nearly 80 portraits and captions in which women describe the role of guns in their lives in their own words. It quickly becomes apparent that rich women, poor women, young women, old women, athletic women, sedentary women and a fair number of confident girls possess guns for reasons that are peculiarly their own.


“I learned two main lessons while working on this book,” said McCrum, who divides her time between New York City and California when she isn’t traveling for work. “One is that on the subject of guns, nobody is neutral. And the other is that when you get outside of the blue‐​state cities, everybody has a gun.”


For Cato work on guns and gun control, go here. And here.