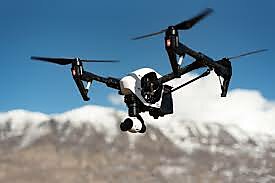 Chicago Mayor Rahm Emanuel is backing legislation that passed the state Senate earlier this month that would allow Illinois police to use drones to monitor “large scale events,” including protests. This legislation would be worrying enough if the drones were merely outfitted with video and audio capability. However, these drones could one day be equipped with facial recognition tools, amplifying the privacy risks associated with drones buzzing over citizens engaging in First Amendment‐​protected activities.


The proposal, backed by two of Emanuel’s General Assembly allies, is an amendment to Illinois’ Freedom from Drone Surveillance Act, which includes some admirable provisions, such as a warrant requirement. If passed, police would be permitted to use drones to surveil any event with at least one hundred people in attendance. Protests and demonstrations are only a few of the events that could fall into this category – football games, parades, music performances, and conventions would also be fair game for drone surveillance.


Chicago police are already technology pioneers, taking advantage of what University of the District of Columbia law professor Andrew Guthrie Ferguson calls “Big Data Policing.” In Chicago, police use a secret algorithm that assigns a police risk score to hundreds of thousands of residents. Tens of thousands of these residents are classified as “high risk” of being involved in a shooting despite having never been arrested or shot.


The Chicago Police Department has been criticized for conducting social media surveillance, and a few years ago it acknowledged that it had been using cell‐​site simulators – powerful snooping tools originally designed for military use. Given the CPD’s propensity for new surveillance gadgets we should expect its officers to fly drones over protests and similar gatherings if provided the opportunity.

While the legislation limits warrantless drone surveillance to numerous “large‐​scale” events, protests will undoubtedly be among the most common events under eyes in the sky if the bill becomes law. After all, protests can sometimes be violent. However, Chicago police have a history of conducting surveillance on peaceful protesters. The department’s Red Squad, which operated at its height in the 1960s and 1970s, targeted protesters demonstrating against the Vietnam War and for civil rights.


We should expect the merger of police drone and facial recognition technology to dampen enthusiasm for peaceful protest. It may well be the case that the Illinois law enforcement community has no desire to track or monitor protesters or to compile dossiers of residents who organize demonstrations. However, recent history provides activists and others who may want to protest with ample reasons to be concerned about warrantless drone surveillance.


Illinois’ Freedom from Drone Surveillance Act already allows police to use drones to search for missing persons and to counter a terrorist attack. Under the act, police can also use drones during disasters and public health emergencies. These provisions allow for valuable drone deployments while also limiting surveillance. Rather than expand the use of police drones, lawmakers should limit their deployment to narrow and well‐​defined circumstances. Police using drones to indiscriminately snoop on large groups of law‐​abiding people would pose an unnecessary threat to privacy, which shouldn’t be an option.