It’s bad enough that a Florida teachers union, the Florida School Boards Association, and the PTA filed a lawsuit to deprive low‐​income students of scholarships citing the state constitution’s historically anti‐​Catholic, Know‐​Nothing inspired “Blaine amendment.” But now anti‐​school choice activists are demanding that a judge recuse herself from another lawsuit against the state’s choice laws because she’s Catholic.


Kathleen Oropeza, president of the ironically‐​named Fund Education Now (given that they want to deny tax‐​credit scholarship funds to low‐​income students), filed a motion demanding that the circuit court judge recuse herself for the following reasons:

2. On August 26 and 27, 2014, I discovered facts concerning Judge Angela C. Dempsey that cause me to believe that she is biased against the Plaintiff’s position that the Florida Tax Credit Program and the McKay Scholarship Programs are violations of Article IX of the Florida Constitution.


a. Judge Dempsey is a member of the Board of Directors of Catholic Charities, and a contributor to same.


c. The Florida Catholic Conference was an amicus curiae in Bush v. Holmes, 919 So. 2d 392, 404 (Fla. 2006), and supported Opportunity Scholarship vouchers which were struck down by the Florida Supreme Court.


d. Plaintiff’s research has led her to discover a Catholic strategy for saving Catholic education through Florida‐​style Opportunity Scholarships. A 2011 report, From Aspirations to Action, provides the strategy for this Catholic position complete with “Opportunity Scholarship” model legislation and with getting rid of the Blaine/​No Child language through‐​out the nation, which Plaintiff believes has made Judge Dempsey unable to be impartial in this case. Also, Rev. Larry Snyder, president of Catholic Charities USA, is listed as a Council Member of the National Leadership Roundtable on Church Management, the organization which produced the position statement. (Ex. B, at 77.)


e. On April 20, 2014, Face the Nation reported that Cardinals and Bishops of the Catholic Church are pushing vouchers as a solution to a public school report. […]


4. These facts make me believe there is a continuing association between Judge Dempsey and the interests in my case through her relationship with the Catholic doctrine and position on vouchers for Catholic schools; Catholic Charities; Trinity Catholic School; and as a contributor to Catholic causes. Had I been aware of this relationship, I would have moved to disqualify her before she ruled in my case.


The defendants’ response to the motion of recusal firmly rejects Oropeza’s arguments as “legally insufficient” and not “objectively reasonable”:

10. Plaintiffs’ claim, as articulated in Ms. Oropeza’s affidavit, is legally insufficient. Of the five reasons articulated by Ms. Oropeza, only two—Judge Dempsey’s membership in and board service for Catholic Charities of Northwest Florida, and her role as a speaker at a Leon County parochial school—actually relate to the judge’s own activities. But neither of these affiliations indicate that Judge Dempsey is biased on the question of so‐​called voucher programs. According to its website, Catholic Charities of Northwest Florida focuses its charitable efforts on immigration, crisis pregnancy and adoption, and emergency assistance—not vouchers or other education issues. And a speaking engagement by Judge Dempsey at a parochial school that receives voucher funds—at an unspecified time, on an unspecified topic and in an unspecified capacity—provides no basis to impute any bias to Judge Dempsey on the question of vouchers or any other topic at issue in this lawsuit.


11. The remaining three “facts” alleged in Ms. Oropeza’s affidavit show nothing more than some individuals and organizations, with some degree of affiliation to the Catholic Church, support the enrollment of students at parochial schools through voucher programs. Unless Plaintiffs were to assert that all Catholics, by reason of their faith, support voucher programs to such a degree that they are unable to render an unbiased opinion on the issue—a position that Ms. Oropeza expressly disclaims—there is nothing about these third party positions that could shed any light on Judge Dempsey’s own ability to fairly and impartially preside over this case.

The defendants also note that there “are no judges in this state who have no involvement with the schools of this state,” since they “either have or had children in school, studied in Florida schools themselves, or have close relatives involved in Florida’s schools,” yet it would be ludicrous to demand that a judge recuse herself for such reasons. It would be equally absurd to demand that female judges not preside over cases involving abortion or sexual harassment or that black judges recuse themselves from cases involving racial discrimination.


Hilariously, Oropeza claimed in her motion, “I do not base this motion on Judge Dempsey’s religious beliefs, but rather on the positions of the organizations with which she is affiliated.” Yes of course, organizations like… the Catholic church and affiliated Catholic charities. But this has nothing to do with the judge’s religious beliefs, she claims, it’s just an attempt to protect citizens from the nefarious “Catholic strategy” that she “discovered” in her “research.” That sounds awfully familiar… 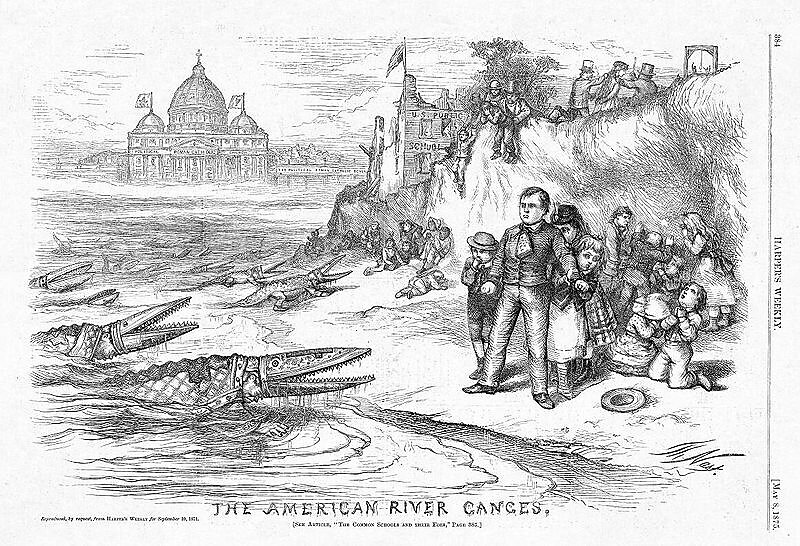 Last year, plaintiffs demanded that a federal judge recuse himself from a case involving the Catholic church because he is Catholic. Sadly, the demand that Catholic judges recuse themselves from certain cases is increasingly common, even from seemingly respectable sources. The imposition of a religious test for judges should be vigorously resisted.