The American Civil Liberties Union announced today that it is filing a legal challenge against Nevada’s new education savings account program. The ACLU argues that using the ESA funds at religious institutions would violate the state’s historically anti‐​Catholic Blaine Amendment, which states “No public funds of any kind or character whatever…shall be used for sectarian purposes.”


What “for sectarian purposes” actually means (beyond thinly veiled code for “Catholic schools”) is a matter of dispute. Would that prohibit holding Bible studies at one’s publicly subsidized apartment? Using food stamps to purchase Passover matzah? Using Medicaid at a Catholic hospital with a crucifix in every room and priests on the payroll? Would it prohibit the state from issuing college vouchers akin to the Pell Grant? Or pre‐​school vouchers? If not, why are K-12 subsidies different?


While the legal eagles mull those questions over, let’s consider what’s at stake. Children in Nevada–particularly Las Vegas–are trapped in overcrowded and underperforming schools. Nevada’s ESA offers families much greater freedom to customize their children’s education–a freedom they appear to appreciate. Here is how Arizona ESA parents responded when asked about their level of satisfaction with the ESA program: 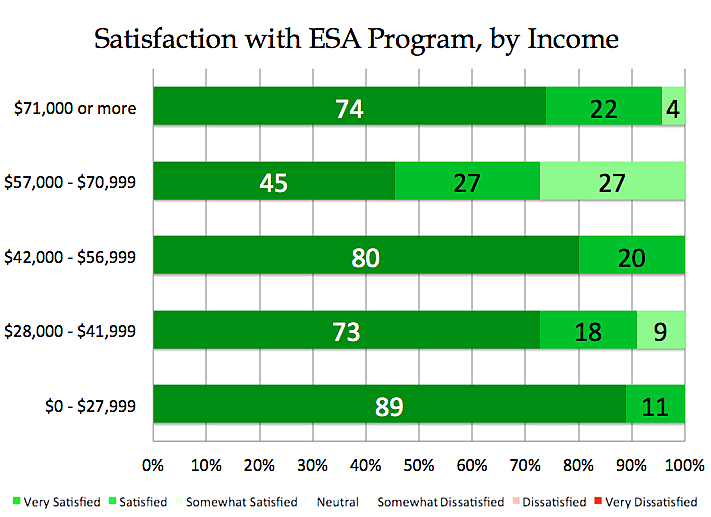 And here’s how those same parents rated their level of satisfaction with the public schools that their children previously attended: 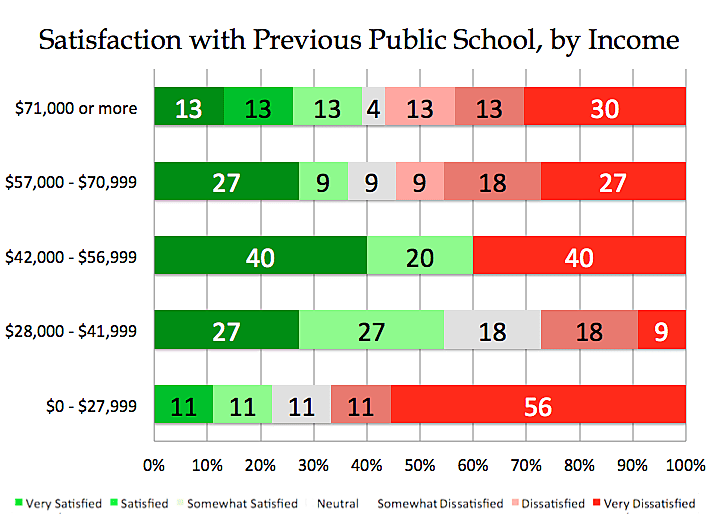 
Similar results are not guaranteed in Nevada and there are important differences between the programs–when the survey was administered, eligibility for Arizona’s ESA was limited only to families of students with special needs who received significantly more funding than the average student (though still less than the state would have spent on them at a public school). By contrast, Nevada’s ESA program is open to all public school students, but payments to low‐​income families are capped at the average state funding per pupil ($5,700). Nevertheless, it is the low‐​income students who have the most to gain from the ESA–and therefore the most to lose from the ACLU’s ill‐​considered lawsuit.