To encourage people everywhere to better understand and appreciate the principles of government that are set forth in America's founding documents, the Cato Institute has produced this website and published highly popular print editions of the Declaration of Independence and the Constitution of the United States of America.

The Declaration and the Constitution, together, address mankind's most basic political questions. Resting on a firm moral foundation, they articulate the first principles of political organization. Thus, they were meant to serve not merely the 18th century but generations to come, which would face those same basic questions, whatever their particular circumstances, whatever their state of material progress. Because the principles the Founders articulated transcend both time and technology, they will serve us well as we move through the 21st century, if only we understand them correctly and apply them well.

Tim Lynch, former director of Cato's project on criminal justice, posted an extensive related piece on Cato's blog, detailing the vulnerabilities our safeguards face and the government's intrusion into what our Founders and Constitution Framers intended to be some of our most precious individual rights. 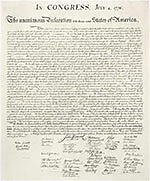 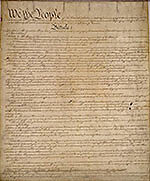 Since it was ratified in 1788, the United States Constitution has served as the supreme law of the United States of America. It defines the system of limited government set forth by the Founders to protect the rights and freedoms with which all people are endowed by their Creator. As an institution dedicated to the preservation of these freedoms, the Cato Institute has studied and written extensively on the rights enshrined in the Constitution. You can read about the some of the many areas where the Constitution protects the rights of Americans in the research areas listed below: 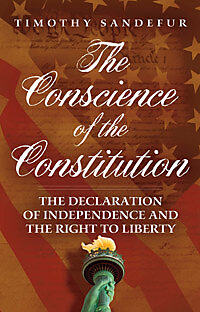 The Conscience of the Constitution: The Declaration of Independence and the Right to Liberty

Examines how the Constitution was written to secure liberty, not empower democracy, and documents why the Declaration of Independence should be the framework for interpreting our fundamental law.

How Progressives Rewrote The Constitution

How Progressivism and the New Deal era still shape the Supreme Court's decisions.

The Cult of the Presidency: America's Dangerous Devotion to Executive Power

Examines how Americans have expanded presidential power over recent decades by expecting solutions for all national problems, and concludes by calling for the president's role to return to its properly defined constitutional limits.

A non-lawyer's guide to the worst Supreme Court decisions of the modern era.

The Right to Earn a Living: Economic Freedom and the Law

Explores the legal and constitutional history of the right to earn a living without unreasonable government interference, and reveals the many ways in which that right is threatened today.

David's Hammer: The Case for an Activist Judiciary

An active judiciary is a key element in our government that ensures that limits are placed on executive and legislative action, constitutional rights are protected, and unelected bureaucrats are kept in check.

Gun Control On Trial: Inside the Supreme Court Battle over the Second Amendment

With exclusive behind-the-scenes access, the book delves into the monumental Heller case — where the Supreme Court ruled that individual citizens have the constitutional right to possess guns — to provide a compelling look at the inside stories of the forces that fought for and against the Second Amendment.

Real-life stories and solid legal analysis combine to show why property rights are the "cornerstone of liberty," how they are protected in the U.S. Constitution, and how the Supreme Court's Kelo v. New London case has impacted them.

"The Founders' Constitution," Liberty Fund (Indianapolis, IN)
Arguably the most important of all resources on the principles of the Framers of the American republic. Includes extracts from the leading works of political theory, history, law, and constitutional argument on which the Framers and their contemporaries drew and which they themselves produced.