If you can’t make it to the event, you can watch it live online at www​.cato​.org/live and join the conversation on Twitter using #PolicingUS. Follow @CatoEvents on Twitter to get future event updates, live streams, and videos from the Cato Institute. 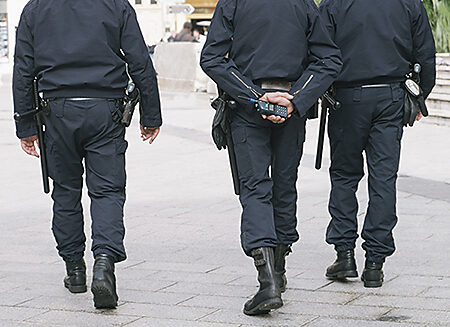 The highly publicized officer-involved killings of Tamir Rice, Walter Scott, Freddie Gray, and others have prompted renewed discussions about American law enforcement. Police departments face increasing criticism from protesters, the media, and the federal government. President Obama’s Task Force on 21st Century Policing published its recommendations earlier this year, but what do they mean for officers and the communities they patrol? Is sweeping reform necessary? With approximately 18,000 police agencies operating in the United States, is such reform even possible?

American policing is changing. Emerging technologies provide new methods both for police accountability and surveillance capabilities. Law enforcement scholars and practitioners continue to develop innovative strategies to address crime and disorder. In many cities, police agencies are wrestling with how to increase public safety while respecting the dignity of individuals, particularly in minority communities.

An array of law enforcement experts will explore these issues and more at the Cato Institute's conference "Policing in America." We hope that you will join us for a lively discussion of the developing changes and looming challenges in American law enforcement policy.